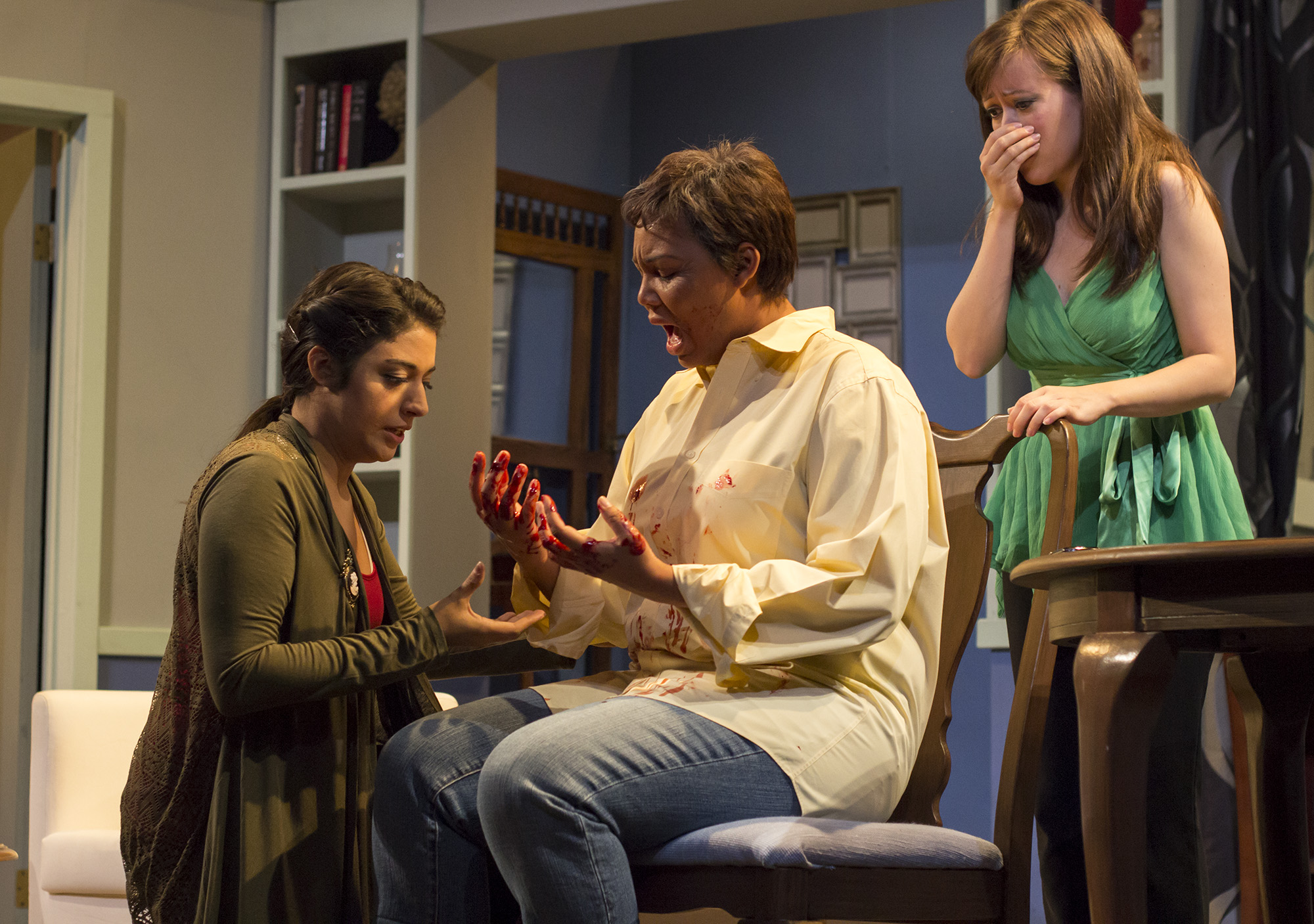 The Pierce College Theater Department is deftly tackling an emotionally taxing relationship between a mother and her three daughters in playwright Lee Blessing’s “Independence,” which opened May 2 and will continue May 9 through 11.

The production, directed by Anita Adcock, stars Stephanie Alkazian, Elyse Hamilton and Sadé Reid as the oldest, middle and youngest daughters respectively. Leah Foster takes on the role of the mother who Foster proficiently balances between manipulative and sympathetic.

The play takes place in Independence, a small town in Iowa, and deals with issues of lingering resentment from a troubled past, abandonment and the caring for a parent. While the major tone of the play is a somber one, bits of humor are refreshingly sprinkled throughout without taking away from the seriousness that is carefully built.

The performance leaves one wondering if this family can truly repair their fragile relationship and how damaging their dynamic can be before someone ultimately decides that it is no longer worth trying.

Alkazian, in the role of the eldest sister, sees herself as an anchor for the family almost taking on the mother role as the story goes on. She and Reid, as the boisterous youngest sister, provide the polar opposite products of the environment in which they were raised and the two actresses deliver an adversarial chemistry that fuels the overall tension for the family.

Hamilton acts as the mediator between the siblings and their mother. With the eldest daughter out of the house and the youngest itching to leave, Foster’s character latches onto her middle child. Foster portrays many expressions but subtly reveals that fear is the primary motivator for her actions.

This mother is afraid of being alone and resorts to some disturbing behavior to keep Hamilton’s character at home. Hamilton remains timid and submissive even when she decides she’s had enough. Again, fear appears to be the character’s main motivation.

The fear of losing her daughters causes this mother to manufacture closeness with her family, rather than allowing it to grow organically. While the entire play takes place in the family’s home, the content is engaging enough to hold the audience’s attention and indeed the house itself almost becomes the fifth member of the family.

Just like each of the women have a varied relationship with each other, so too do they have a different connection with the house. The set is well designed, giving the illusion of separate rooms and floors and acts as a safe haven or cage.

“Independence” will continue May 9 with shows beginning at 8 p.m. on Friday and Saturday and Sunday at 2 p.m. General admission tickets are $15 dollars with tickets for students and seniors priced at $12. Tickets can be purchased at the door or by calling 818-719-6488 and by visiting www.brownpapertickets.com/event/657441.