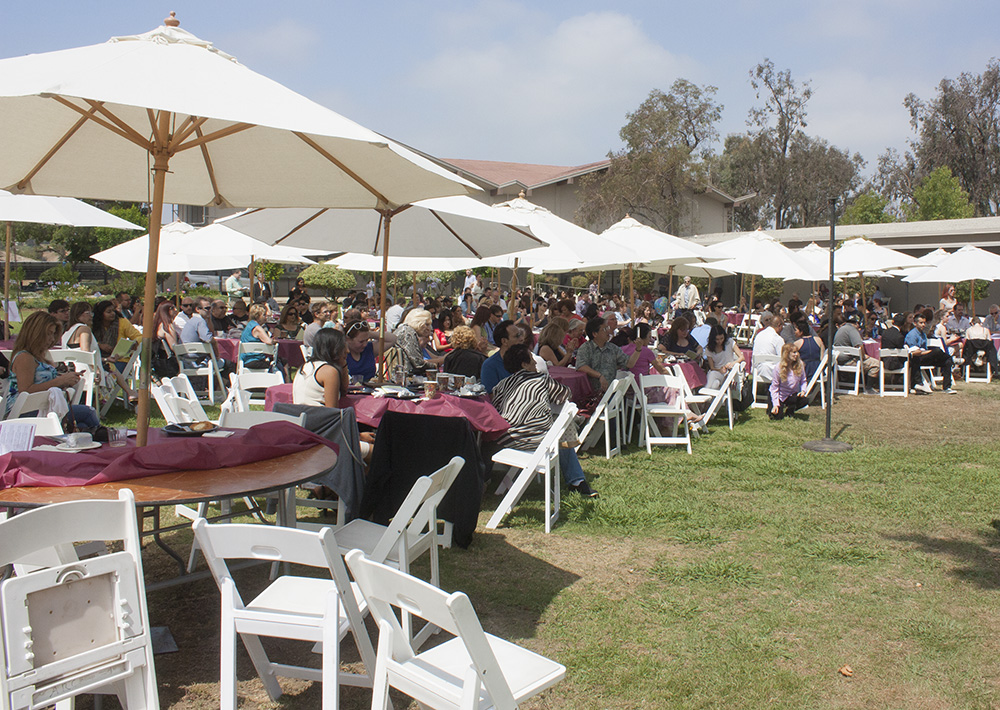 Accomplishments for academic and community achievement were given out at the Pierce College Student Awards Brunch Tuesday morning before the graduation commencement.

During the ceremony, 77 awards were given out to more then 120 students. Of those students over half were women, one-third of the applicants were international students and half of the students were either on the President’s list or Dean’s List.

For one Pierce College student, it has been a journey that has taken a decade to get to the pinnacle of where he is a now. Outgoing Associated Student Organization President Gustavo Sandoval, a student at Pierce since 2004 before joining the Marine Corps, received the President’s Award, an award given to a graduating student selected by the Pierce College president, Kalthleen Burke.

“It is pretty emotional for me right now to be receiving this award,” Sandoval said. “It has been an amazing experience being here at Pierce. It has taken me ten years, going from being a part-time student to being a full-time student. It is pretty surreal for me to be here right now. The fact that the president selected me is a true honor because the applicants were all very worthy. Pierce is an amazing school and it is a testament to the quality of teachers and instructors here.”

For Sandoval, he gave credit to sociology professor James McKeever for helping him get involved with the student government and said that without the role McKeever played Sandoval wouldn’t have accomplished as much.

“I think there is no one more deserving than Gus,” McKeever said. “I’ve never seen a student come so far, personally and professionally as Gus has. He got into every campus he applied to because he earned it academically. He’s had to overcome his fear of writing that he had, and a variety of different things and he worked hard. He came back from a very bad situation in the military. Going to war is not easy on anyone. Instead of sitting there dealing with his problems and turning it inward, he turned it outward to help his community.”

The most improved award went to Shelly-Ann Jagroop who was an ASO senator for the psychology department. Jagroop, originally from Trinidad and Tobago in the caribbean spent five years at Pierce but will be graduating with an Associate’s degree in psychology and will be attending Liberty University in Virginia. She will be working towards her Doctorate in psychology.

“It is very bittersweet to be leaving Pierce,” Jagroop said. “It’s hard leaving friends behind but I’m glad it is over with. The most inspirational teacher here for me was Professor McKeever. He’s very down to earth and very personable. He’s like a friend to me and he supports and really mentored me and I will stay in contact with.”

The graduation for the Spring class of 2014 will start at 6 p.m.