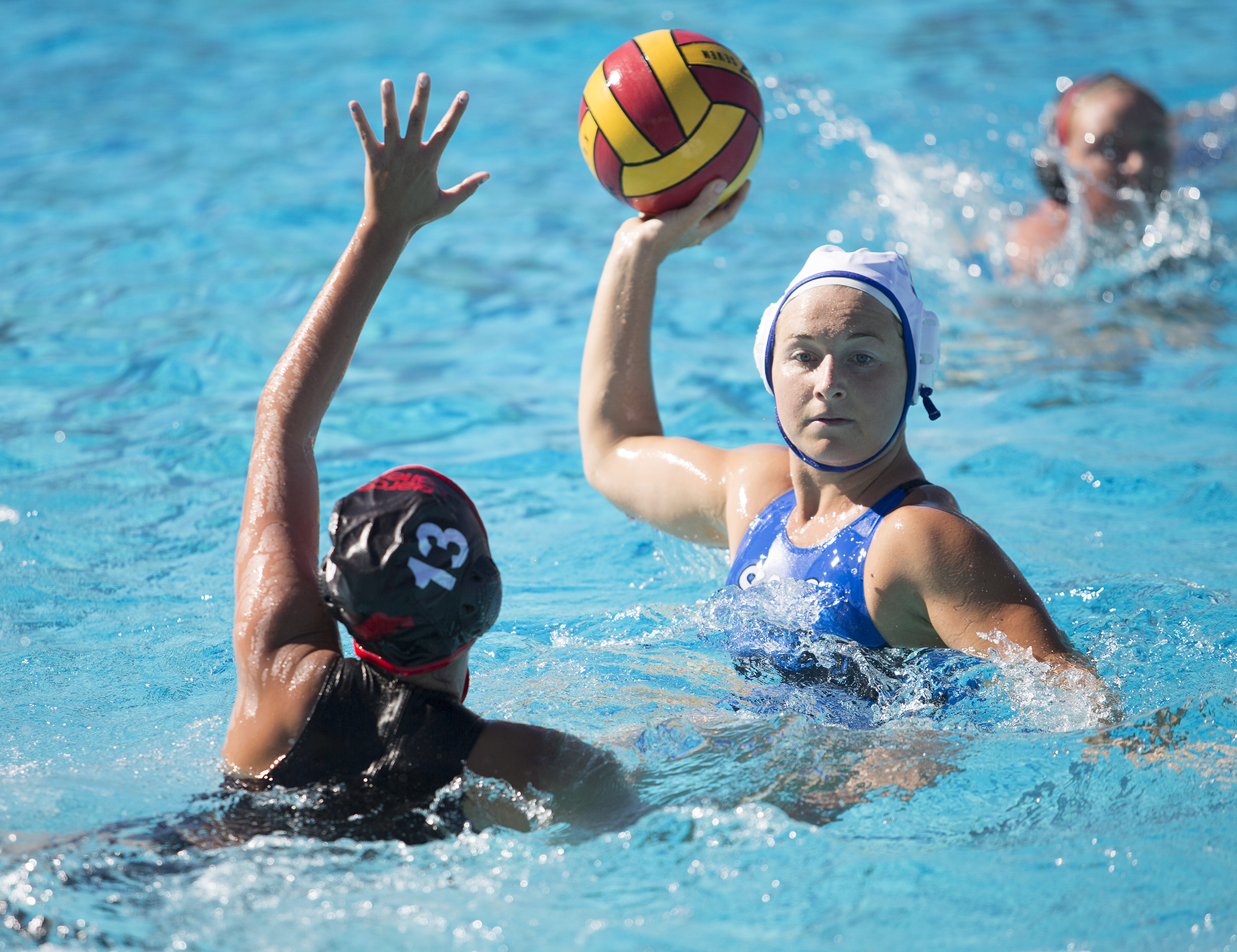 Pierce (1-1 overall, 1-1 Western State Conference) never took their foot off the gas pedal in this game despite the circumstances of their opponent, Santa Monica (0-8, 0-2 in the WSC).

Coming into the game, the Corsairs had been beaten by a combined score of 118-12.

“It looked like they were trying, you know, just like we were trying,” Van Norman said. “I think it’s just a newer team, and one of those transition years.”

Freshman center Whitney Alserman would help give the Brahmas the lead when she made a pass to sophomore field player Sierra Marroquin, who shot the ball into the back of the net to give Pierce a 3-2 lead.

Pierce freshman goalie Emily Gilbert was responsible for two saves near the end of the second period to help the Brahmas’ preserve a 5-3 lead.

Gilbert’s defensive skills helped set the tone for Pierce to go on a 5-1 run going into halftime.

“We’re just so blessed to have Emily, and the natural talent that kid has is just amazing.” Van Norman said.

Early in the fourth period, sophomore field player Sarah Karp tossed a pass to fellow sophomore and set guard Regina Agopian who waited a few seconds and then shot an unrelenting pass right into the middle of the cage for a 16-6 Pierce lead.

“Today’s game was really good because it was really a boost of confidence, because our last game didn’t go that well,” Sharko said. “So this game really helped our self-esteem I guess.”

The next game for Pierce will be against Cuesta College on Wednesday, Oct. 8 at Pierce College.