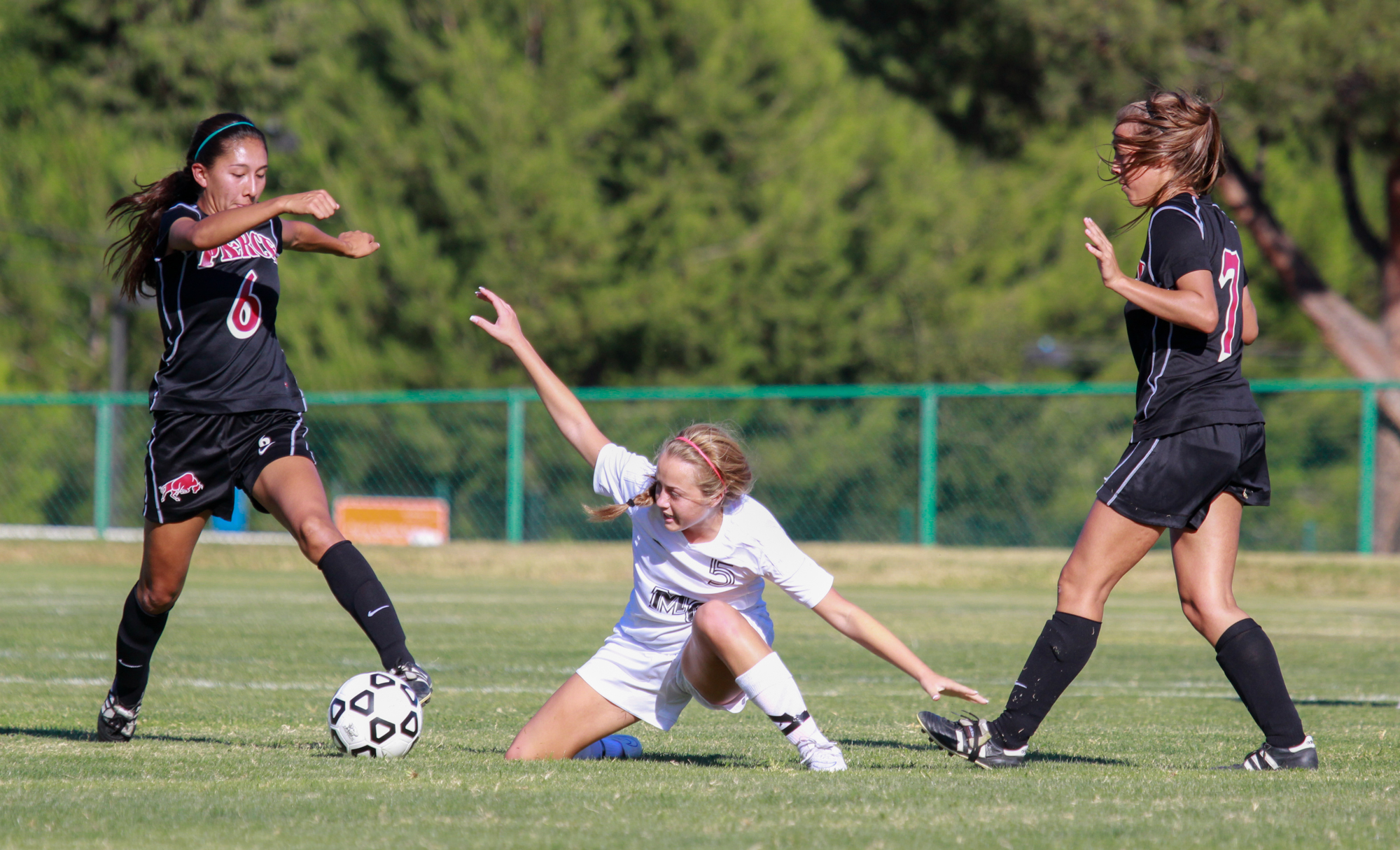 Brahmas forward Marissa Albano scored the winning goal in the 64th minute after a throw deep in Raiders territory bounced off the Moorpark goalkeeper’s mitts.

“I turned around and thought no one was back-post,” Albano said. “It slipped out of the goalie’s hands, and I got the opportunity to tap it in.”

The Brahmas controlled the ball in the second half, but the Raiders started fast and dominated the time of possession in the first 45 minutes.

“In the first half they killed us,” coach Adolfo Perez said. “They were all over us. They had the energy, and we didn’t.”

The Brahmas underestimated Moorpark because the Raiders hadn’t won a match all year Perez said.

Moorpark almost scored first, but a potential first-half goal was negated when the Raiders were called offside.

“Sometimes that just happens in the game of soccer,” Raiders Assistant coach Geoff Raives said. “You’ve got to find a way to overcome that, and unfortunately we didn’t today.”

Brahmas forward Paige Wolny scored her ninth goal of the season in the 22nd minute.

“It was determination,” Wolny said.

The Raiders evened the score at 1-1 with a goal in the 44th minute by forward Angela Hurtado.

The second half was a different story. The Brahmas played with a new-found ferocity after a halftime pep-talk.

“Our coach gave us a little inspiration,” Wolny said. “He said he’d run us if we didn’t pick it up, and we did.”

“I think we got scared,” Perez said. “Because if we lost this game we were going to run for two hours tomorrow.”

Raives said the Raiders backed off from their first-half pressure, which gave the Brahmas more room to “play the ball over the top like they like to do.”

While the Raiders backed off, the Brahmas turned it up.

“In the second half they came out and pressured us,” Vogel said. “We kind of lost organization in the back.”

Perez said the Brahmas showed “a lot of perseverance” by overcoming a sluggish start to earn the victory.

The win brought the Brahmas record to 5-2-3 while the Raiders fell to 0-5-2. The Brahmas next match is at home against Santa Barbara City College on Tuesday, Oct. 7, at 2 p.m.