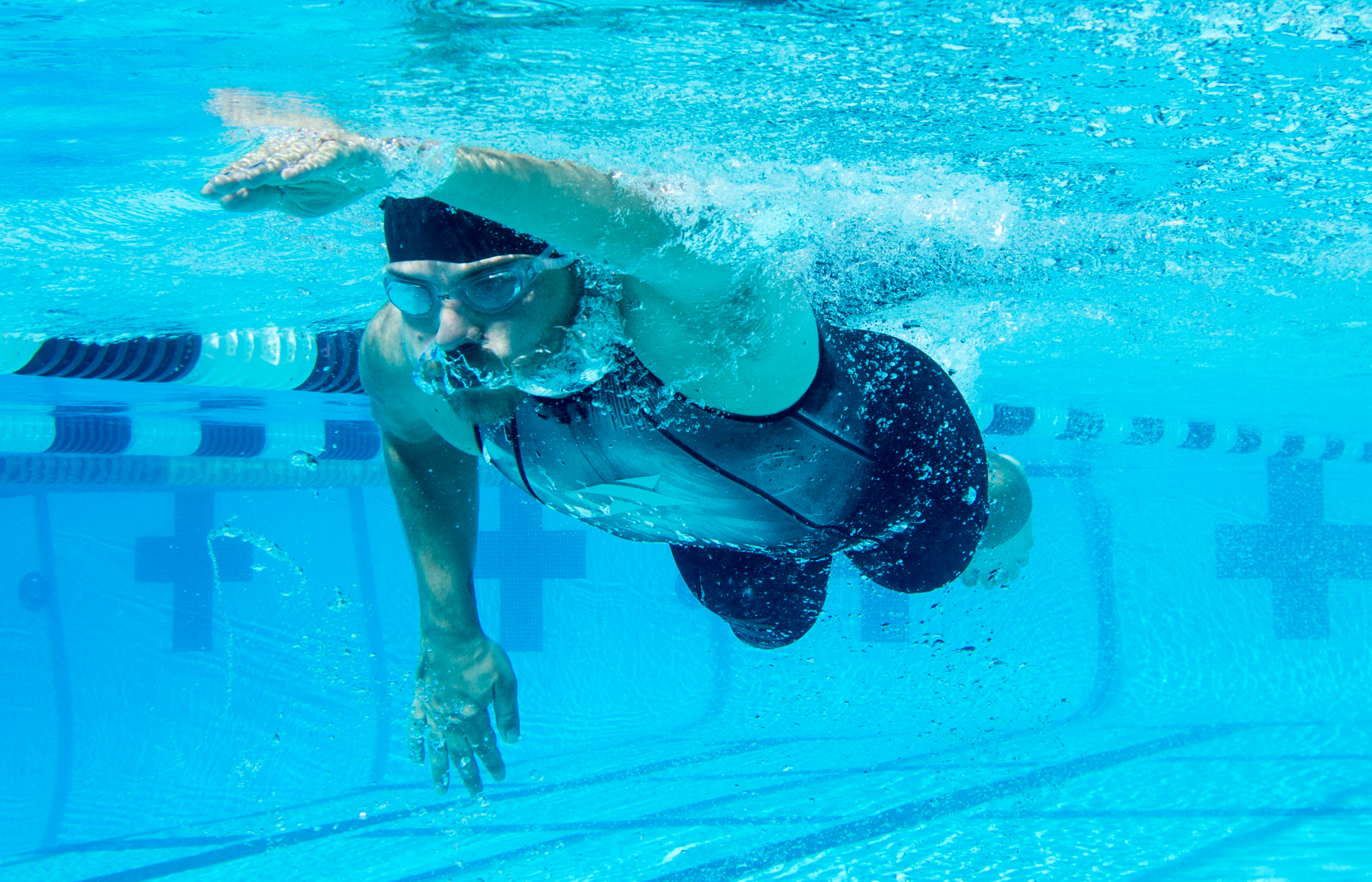 Teaching can be a challenge within itself. Then again, so can swimming, biking and running over 140 miles combined in the span of a single day.

Chris Corning, an adjunct professor of English at Pierce College, looks to tackle both of these challenges this semester.

Corning, 33, started working at Pierce in 2013 and is currently teaching English 21 and 28. Outside of teaching, Corning has run four marathons in the last year and a half and is currently training for the upcoming Ironman Triathlon held in Cozumel, Mexico on Nov. 30.

The Ironman Triathlon consists of a 2.4-mile swim, a 112-mile bike ride, and a full 26.2-mile marathon all done in one day. Although it’s Corning’s first time participating in the triathlon he is preparing himself for the challenges that will raise.

Growing up just south of Chicago, Illinois, Corning earned his bachelor’s degree in creative writing from the University of Illinois at Urbana-Champaign. He eventually moved to California in 2006, and went on to earn his master’s in the same subject from California State University, Northridge in 2010.

In addition to teaching, Corning also works full-time as a project coordinator for a non-profit organization aimed to help those who are recovering from substance abuse. However, the sedentary nature of this job led to him adding on extra weight and in turn he started running to lose some of the weight gained in recent years.

“Between working a desk job and teaching online classes, I was doing a lot of things where I was just sitting around,” Corning said. “I reached that age where I couldn’t just sit around and eat the way I like to eat. I needed to do something active.”

Corning mentioned he was never very athletic until he started trying to lose the excess weight he gained. Although he began with simple weekly jogs, Corning soon developed a passion for running that motivated him to enter the Los Angeles Marathon in 2013.

He has completed three additional full marathons since – the Orange County Marathon, Surf City Marathon, and the LA Marathon for a second time participating in four half marathons and several 10k runs.

During the 2014 LA Marathon, Corning almost quit after re-aggravated his calf that he originally suffered while participating in the Surf City Marathon.

“I had actually posted on Facebook that I was quitting and walking off the course, but then I ran into a couple of people from my running club who were walking and said they would walk with me if I was OK to continue, and that kept me going,” Corning said. “I limped the last 12 miles of the race.”

Jennifer Hendershot, a friend and training partner of Corning, praised his fortitude at the LA Marathon.

“It takes dedication and determination to complete any event, especially with an injury,” Hendershot said. “When he puts his mind to something, he gets it done.”

Hendershot competed in the marathon with Corning and began the race running alongside him, but finished ahead due to his aforementioned injury.

Since then, Corning has made a full recovery and turned his focus on preparing for the Ironman Triathlon, which he feels will be a great test of his athletic progress.

He currently runs about 13 miles and bikes around 60 miles every weekend, and he plans to increase these distances in the coming weeks. Occasionally, Corning will have to cut a workout short or skip one entirely due to his busy work schedule.

Corning plans to continue ramping up the intensity of his training until a couple weeks before the triathlon, when he will allow his body ample time to rest and recuperate. He knows the event will be his greatest physical challenge yet.

“I’m slightly nervous about it, but I’m also super excited,” Corning said. “The nervousness comes from knowing that I’ll be in pain by the end of it.”

One of Corning’s students from his English 28 class, 19-year-old undecided major Cindy Olguin, said she was impressed when she learned about Corning’s intention to compete in the Ironman Triathlon.

“I don’t think I would ever be able to do that,” Olguin said with a laugh. “I’m not that active.”

When he’s not teaching, working at his other job, or training, Corning also enjoys watching films and writing recreationally. However, he’s truly developed an affinity for running and athletic competition.

Corning said that even if he decides to not compete in the Ironman Triathlon again after this year, he will likely never want to stop running.

“I’ll definitely keep running for sure,” Corning said. “Sometimes when I run and all the conditions are right, I feel like I’m flying, and that I can run forever.”