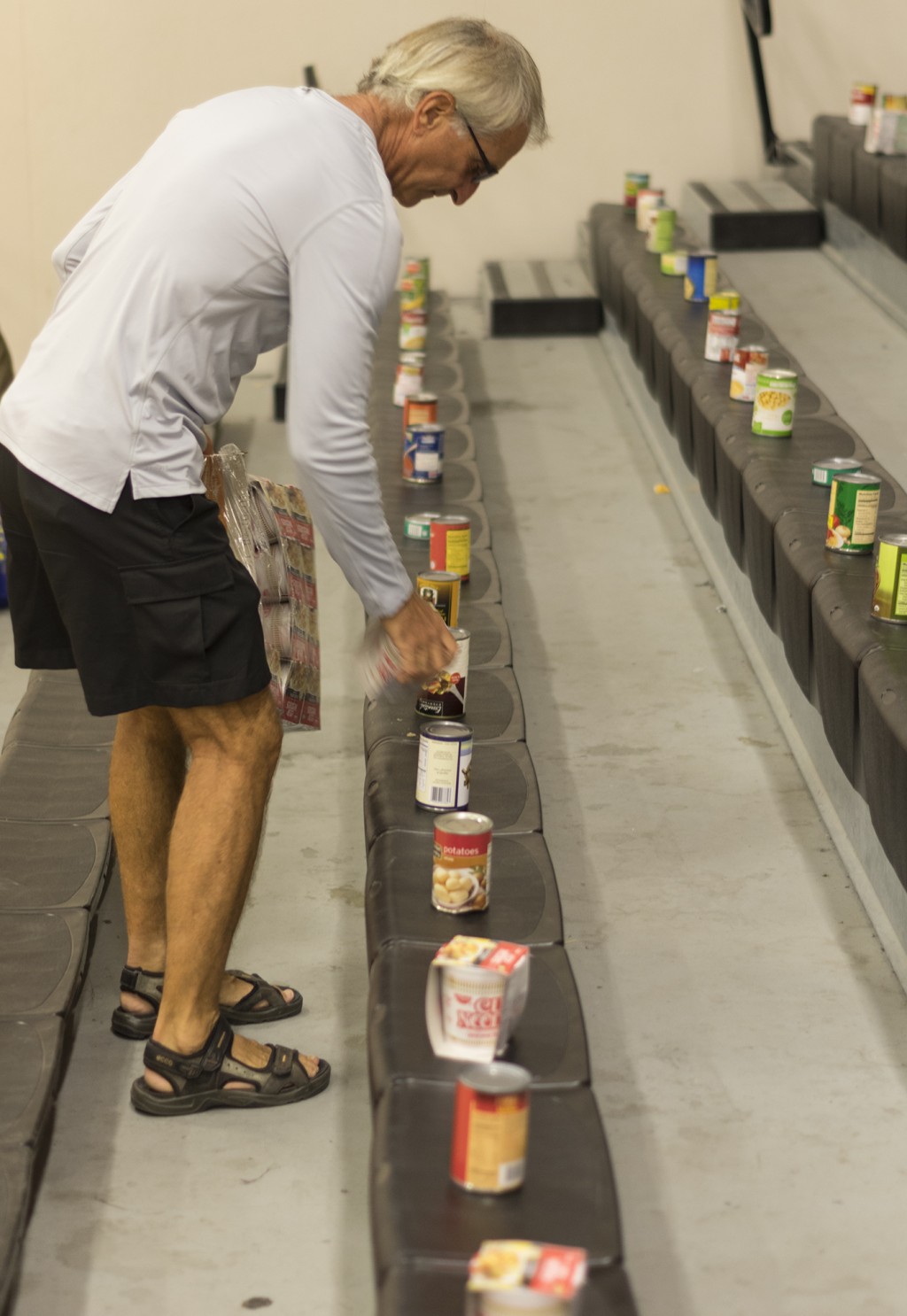 For the second year in a row, the Athletic Department hosted a food drive to support the charity M.E.N.D., Meet Each Need with Dignity.

The food drive was held a week before Thanksgiving on Thursday, Nov. 20 in the South Gym at Pierce College.

Athletic Director Bob Lofrano came up with the idea to place the donated items on the bleachers after seeing something similar on the Northridge website where they placed the items on the steps leading up to their library.

“It was kind of a really neat visual of what was brought in, rather than just boxes full of canned food,” Lofrano said.

The Athletic Department successfully filled one full set of bleachers for the second year in a row. The bleachers seat about 700 people and Lofrano estimates that the Pierce staff, students and college community donated around 750-800 food items.

“People need food, that’s the bottom line and at least we helped out in that way,” Lofrano said. “It shouldn’t be just at the holiday season, it could be in June, people need to eat.”

Lofrano said the food drive also set a good example for the younger people on campus. For those who participated, he hopes it makes them think about donating or doing charitable acts all year-round.

“In Athletics we try to take the lead and do things that are good for the campus, good for publicity for the campus and not that you want to have publicity, you need it and you just feel good about yourself helping out other people.”