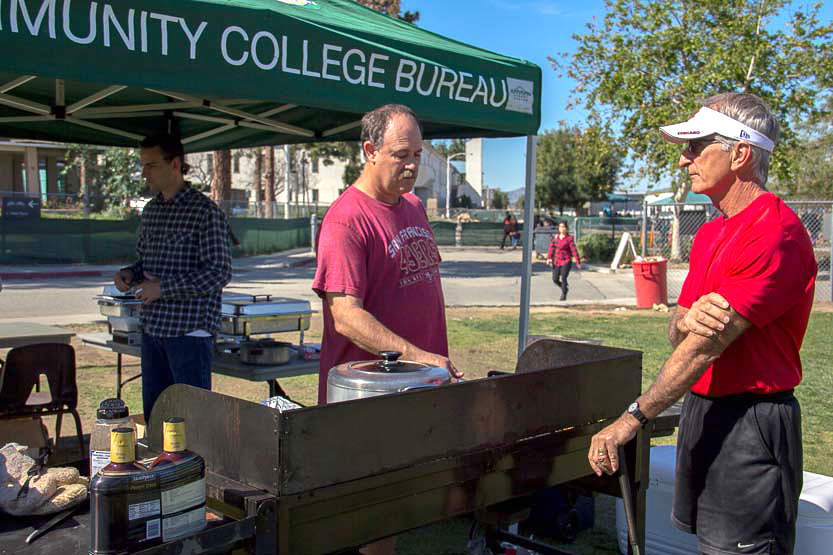 The Los Angeles County Sheriff’s Department cooked barbecue on Wednesday, Feb. 26, on the Avenue of Champions by the Child Development Academic Department as part of a fundraiser for its annual “Baker to Vegas” relay race.

The “Baker to Vegas” event is a 120-mile relay race that starts in Baker, California and finishes at Las Vega, Nevada. Pierce College Sheriff’s Deputy Al Guerrero said the LASD hopes to procure funds to create a 14-person race team, along with a supporting team of around 40 members.

Sheriffs’ stations on college campuses throughout the Los Angeles Community College District will pitch in and have fundraiser barbecues of their own.

Participation in the relay race was meant to honor LASD sheriffs who died in the line-of-duty.