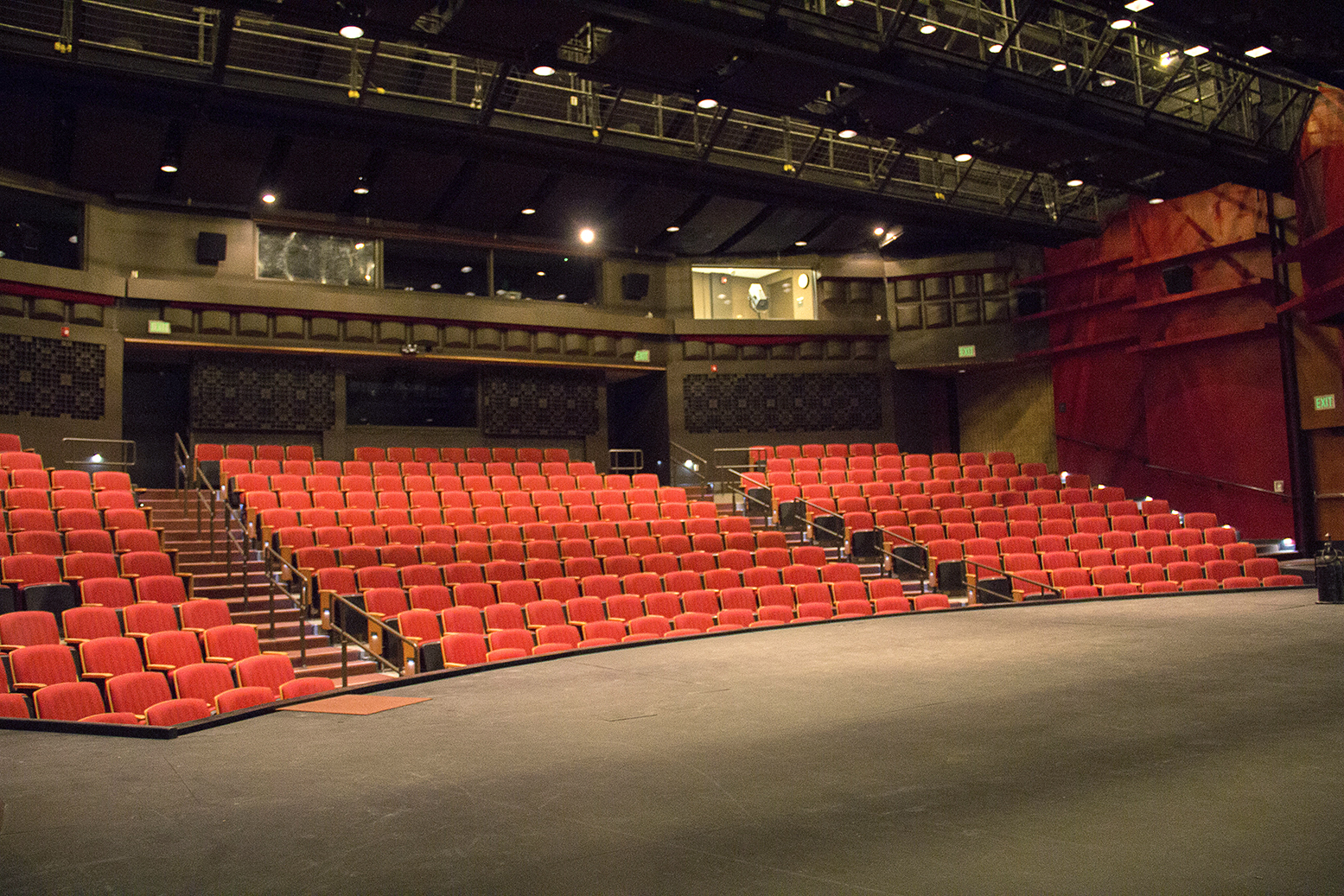 The Eugene Dow Performing Arts Center building located on the Art Hill at Pierce College was reopened to students and faculty on Jan. 28 after being under construction for three years.

“Not only cosmetically, we also have a brand new sound system, lighting system. Everything is new and state-of-the-art,” Managing Director Michael Sande said.

One noticeable difference after walking up the stairs to the Art Hill is the park. Benches, lamplights and grass overlook the eastern side of the San Fernando Valley and complement the outside of the theater building.

“For the longest time, since the 80’s, it was just a big pile of dirt. When students come to take classes, it’s now a beautiful part of campus,” Michael Gend, chair of the Theater Department said.

The park is intended not only for student use, but also use by the public.

“This gives audience members a place to go during intermission or after a show,” Sande said.

There are 340 new red, cushioned seats that encapsulate the main stage, fewer than before it was remodeled, according to Sande.

In order to abide by the American Disability Act, additional empty space for handicap and wheelchair seating had to be made available, lowering the amount of total seats. A ramp that runs down from the newly reconstructed lobby has been added as well to meet with ADA requirements.

“Keeping up to date with the American Disability Act was the reason it [the building] got its updates and in that we included other updates as well,” Gend said.

Bearing in mind the theater department’s main audience consists of senior citizens, new railings run down the steps alongside the seating as a safety precaution.

“A lot of people that come to our plays and dance events are senior citizens from the community and it was very worrisome when they were having to climb those stairs without having something to hold on to. So this is a big improvement for them,” Sande said.

A high-contoured, wood, ribcage-like ceiling adds to the design of the new lobby that has been extended outward by four feet with a new ticket and office box that is shared with a concession stand.

Two television monitors were installed next to the bathroom doors in the lobby so audience members can watch when to enter back into the theater so as not to disrupt a critical moment, Sande noted.

A new elevator replaced the smaller, more archaic elevator that was used before the remodeling. It leads down to the makeup and dressing rooms for students and actors.

“Students can now use it, before it was only if you were handicapped,” Sande said.

All three seats of the men and women’s restrooms have been updated with waterless and automatic shut-off technologies as well.

To Sande, the biggest and most exciting addition to the updated building is the new storage room that has been added underneath the building.

“We used to store things in the most bizarre places. That was a huge issue,” Sande said.

Nathaniel Singer, a 31-year-old technical theater major, described working with the limited storage space at the temporary theater down the hill as a “nightmare.”

“Everything was stored in the these storage bins and you had to go in and dig it out. And when it was a warm day, it was hot. And then once you found what you needed, you

had to lug it around the trailer buildings to the temporary theater space,” Singer said.

Michael Gend, chair of the Theater Department since 2014, was a former student in the 90’s and is happy to be back in the newly-improved space.

“There is a lot of nostalgia coming back in here. I got hired as a full-time and I only got to really work in here for 2 years, so the bulk of my time, ironically, has been spent working in the temporary space,” Gend said.