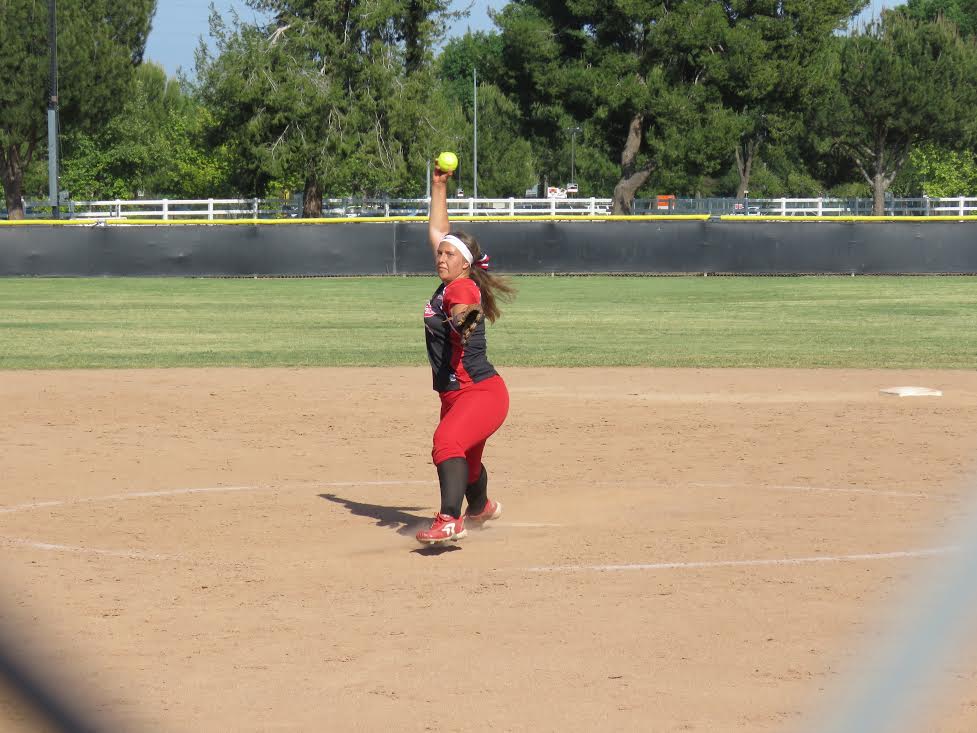 Despite a hard-fought second game, the Pierce College softball team was swept by Oxnard College in a doubleheader on Tuesday, March 31 at home.

The Brahmas hit three home runs in the bottom of the fifth inning, one by Pierce freshman Sofia Merado.

Pierce freshman Amanda Suard hit an RBI triple in the bottom of the fifth inning and kept the team’s spirits high by chanting songs for her fellow Brahmas.

“The girls fought hard. It was a close game. Unfortunately, we came up short,” said head coach Danny Moore.

“We’ve got a really young team. Everybody’s a freshman,” Moore said. “But the girls are responding very well. It’s starting to show. Unfortunately, it’s the end of the year, but this experience will make us even stronger for next year.”

After the fifth inning, Oxnard led 6-3 and the pressure was on for the Brahmas, who went on to hit two more home runs in the seventh inning.

“We did a lot better in the second game today. We were just down by one,” said assistant coach Rosie Vanegas. “I’m really proud of the improvement between games. The girls are improving each day. I appreciate their hard work and have a lot of hope for next year. If we eliminated running errors, it would help the girls a lot.”

Despite her complete game, Linderman said she could have performed better.

“I could have done better in the first game with my pitching, but my batting was pretty good,” Linderman said. “We can do better next time. There’s always room for improvement.”

The team begins a BYE week and will play its next game away against Allan Hancock College on Thursday, April 9 at 2:30 p.m.