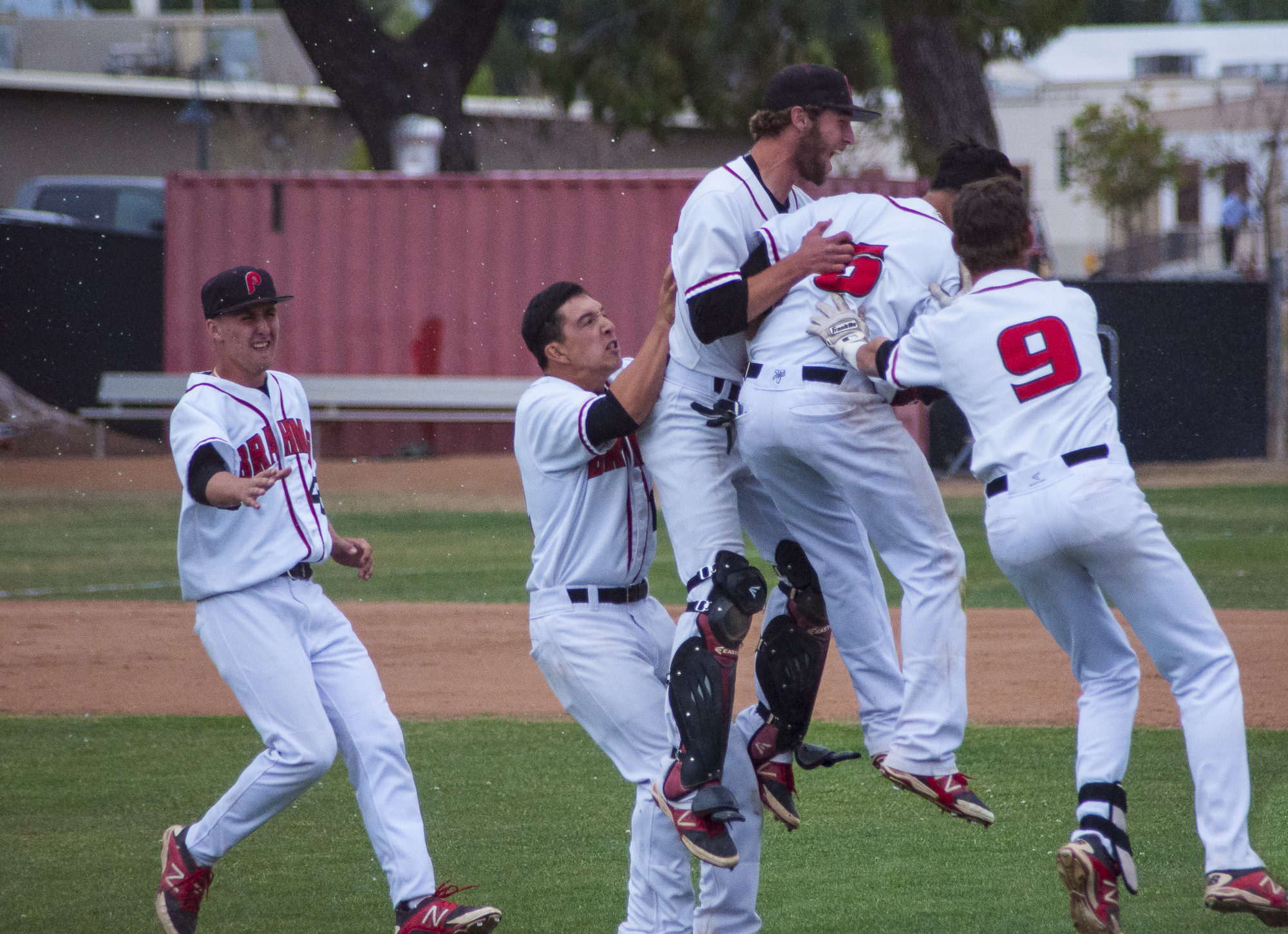 The Pierce College baseball team made the last game for its sophomores a 10 inning walk off and one they’ll never forget.

Sophomore center fielder Joe Moran was the hero, hitting the game winning single to bring in freshman outfielder Jason Rowe in the 6-5 win against Cuesta College on Friday, April 24 at Joe Kelly Field.

Despite a rough season for Moran, head coach Bill Picketts said he felt good for him.

Picketts honored his sophomores and played them with various position changes.

“I got all my Sophomores in and honored them,” Picketts said.

The Bulls were trailing by one run in the ninth inning and tied the game with sophomore infielder Quinn Conley scoring on a wild pitch by Cuesta pitcher Dan Beavers.

In the bottom of the 10th, freshman outfielder Jason Rowe doubled and reached third on a ground out by freshman catcher Evan Yeager. That’s when Moran got his last at bat as a Bull.

Because of such a memorable last game, the players remained optimistic and were happy to just knock Moorpark College out of its playoff contention with the victory.

Picketts also recognizes the success of his first season as the head coach and looks forward to what his current freshmen and the new one’s will bring next season.

“Regardless of not getting into playoffs, not reaching our goals, it was still a successful season,” Picketts said. “I am excited for next year with my freshmen.”

“It was a great way to end a season in general,” Moran said. “The coaching staff is awesome. This season was a great experience.”