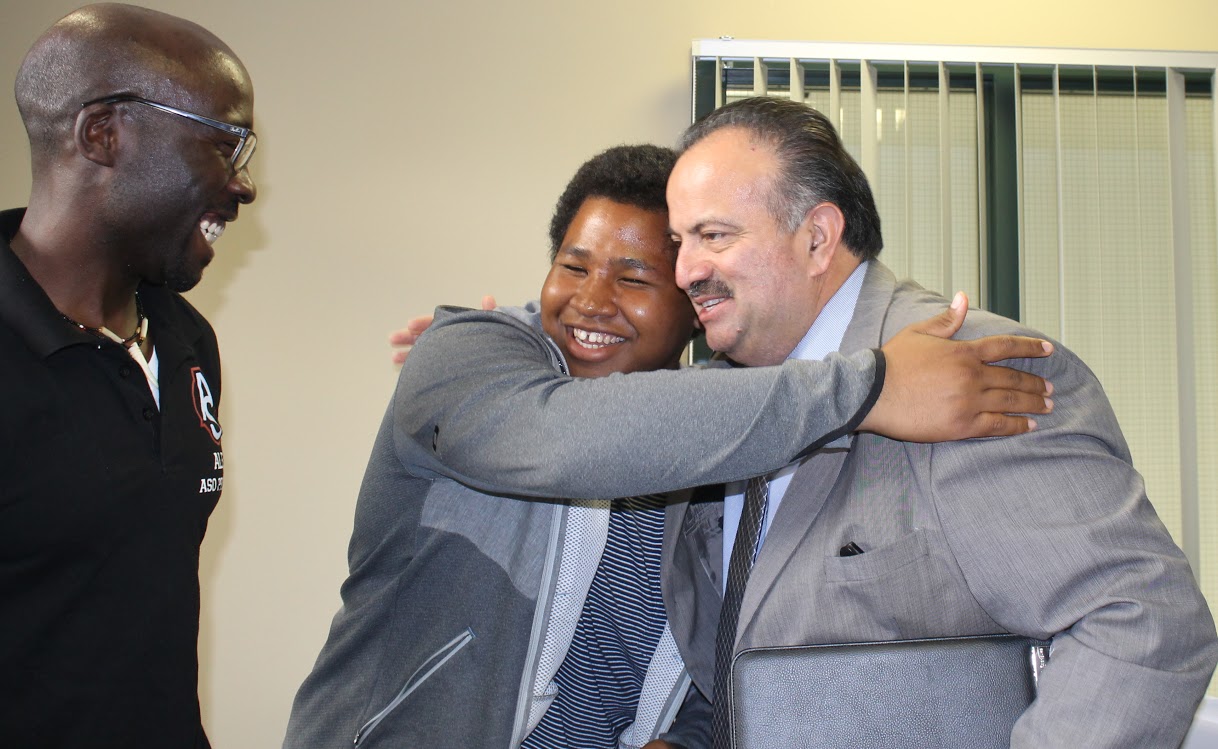 Foundation Chair Denise Robb commended Rodriguez for his continued support of the foundation, which faces a rift with campus administration and is currently being audited for the second time in a year.

“The Chancellor is showing his support for our foundation,” Robb said. “He is a very pro-foundation person. Last year, everyone left and I’ve been trying to rebuild it.”

Robb said she would like to see the foundation focus on on fundraising and reconciliation with the administration.

“We are hoping to have a really good relationship with the district and the administration so that we can raise some good money,” Robb said. “Once we build up our endowments, I think we can do really well.”

Rodriguez said he attended the meeting in order to meet the new members of board and discuss several issues and ideas that were brought forth.

“Today was about making an introduction, as well as figuring out how we can best serve and support the interests of students and their success,” he said.

Rodriguez addressed recent concerns about the future of the farmland and said he plans to use the land for educational purposes.

“There clearly was an issue and consideration of what was going to happen to the Farm Center once it’s returned to the college,” Rodriguez said. “I think there is strong consensus from the college community that it should be returned to its original purposes of agricultural land activities geared toward supporting the academic programs here at Pierce College.”

Rodriguez also discussed Senate Bill 850, now in effect in the LACCD. The bill allows the district to offer one of 15 career-focused bachelor’s degrees.

“It’s already starting and has been enabled through statewide legislation,” Rodriguez said. “These bachelor degrees through community colleges will be piloted over the next six to eight years from beginning to end. Our district is one of the approved programs.”

Associated Students Organization President Alex Oloo said that although the foundation and the ASO are separate organizations, their ultimate goal remains the same.