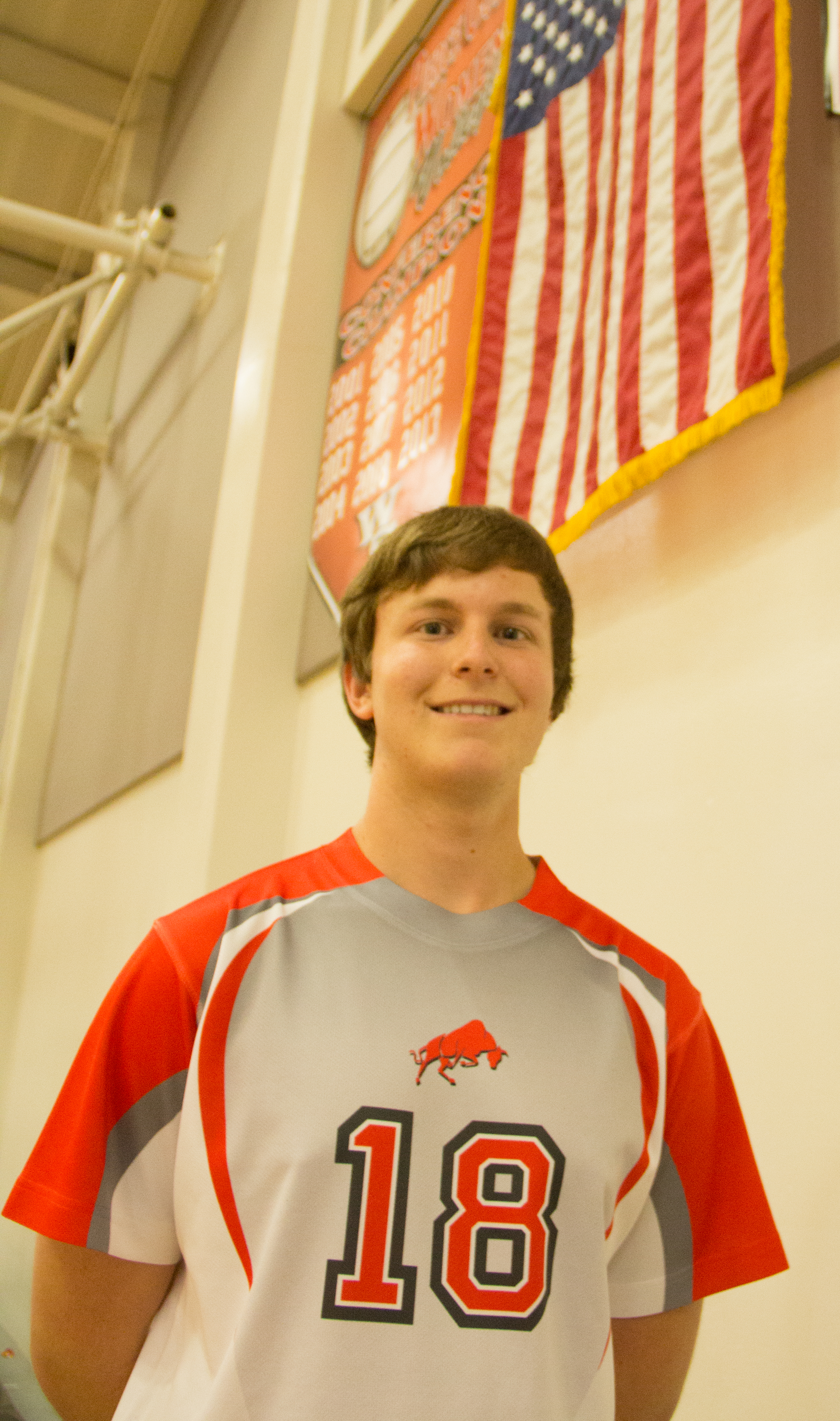 For the Bender family, there are two time-honored traditions.

Michael Bender is the newest family member to continue the tradition.

Bender, a 19-year-old sophomore who plans to transfer to the University of California, Irvine as a criminal justice major, just finished his second year as a serving-specialist for the Pierce volleyball team.

“My mom went to Pierce and so did all her sisters,” Bender said. “My brother went to Pierce a few years ago and right now I’m at Pierce. My 15-year-old brother is going to go to Pierce. It’s part of our family.”

The Brahma blood isn’t the only thing running through the Bender family veins. Volleyball is just as apparent in their DNA.

Bender’s older brother Evan Bender played middle blocker for the Pierce volleyball team two years ago and helped the team win the Western State Conference and take third in the state championship. Evan Bender went on to receive a scholarship to play at the University of California, Santa Barbara and competes in club volleyball.

“Our father was an entrepreneur,” Michael Bender said. “My brother is working on starting up a business as well, and it’s something that I would like to do farther down the line. Seeing Evan follow my father’s motions has made him a huge role model for me. I now know what steps to take later on and I can always lean on him for guidance.”

Another tradition that the Bender brothers have kept is wearing the number 18 on their jerseys.

“When we play volleyball, all three of us wear the number 18,” Michael Bender said. “That number means a lot to us because it was the date our dad was born. November 18. He passed away in 2012, but he is on our backs every time we’re on the court.”

Evan Bender left an impression when he played at Pierce, but his role as father figure made an even bigger impression on Michael Bender, and his teammates and coaches took notice.

“Michael is a great guy,” said Pierce sophomore middle Ike Nwachie. “He always tries to do things to the best of his abilities. I played with his older brother before I met him and they have the same work habits. Off the court, Michael is one of the most focused people I have ever met. He knows what he wants and he knows how to get it, so I wouldn’t be surprised if he ends up running for office when he’s older.”

“The Bender name is a pretty awesome name to have in our gym,” Walker said. “When someone says Bender, it’s associated with hard-working, good team guys and great people.  I’m going to miss Michael, but I’m also looking forward to coaching his little brother Scott and having another Bender on my team. Last year, Michael did a lot of the work that goes unglorified, like taking down the stats and breaking down the equipment. He’s an extremely hard worker and I am so appreciative as a coach. Any job, big or small, Bender is going to do it right or not do it at all.”

Walker reminisced on this past season and Michael Bender’s contributions.

“The highlight of this year was when Michael came in against Santa Monica at our place,” Walker said. “He came in and helped us get a couple points off of the serving line. That victory was something a lot of guys were proud of and I know I put Michael in a tough spot but he took care of business. If it wasn’t for him we wouldn’t have won that game.”

Although he is deeply rooted in the Pierce volleyball program, Michael Bender’s has aspirations of making a difference in the future.

Without volleyball, the Bender family would simply be missing a key component to their rich history. Michael Bender’s soft-spoken personality, passion for the sport and respect for the game has solidified the Bender tradition at Pierce as nothing less than a legacy.

Michael Bender is hopeful that his family name can continue on at Pierce.

“We have a long-standing family history here,” Michael Bender said. “I’m just living through them and continuing their legacy. Hopefully one day I can lead my kids down the same path.”