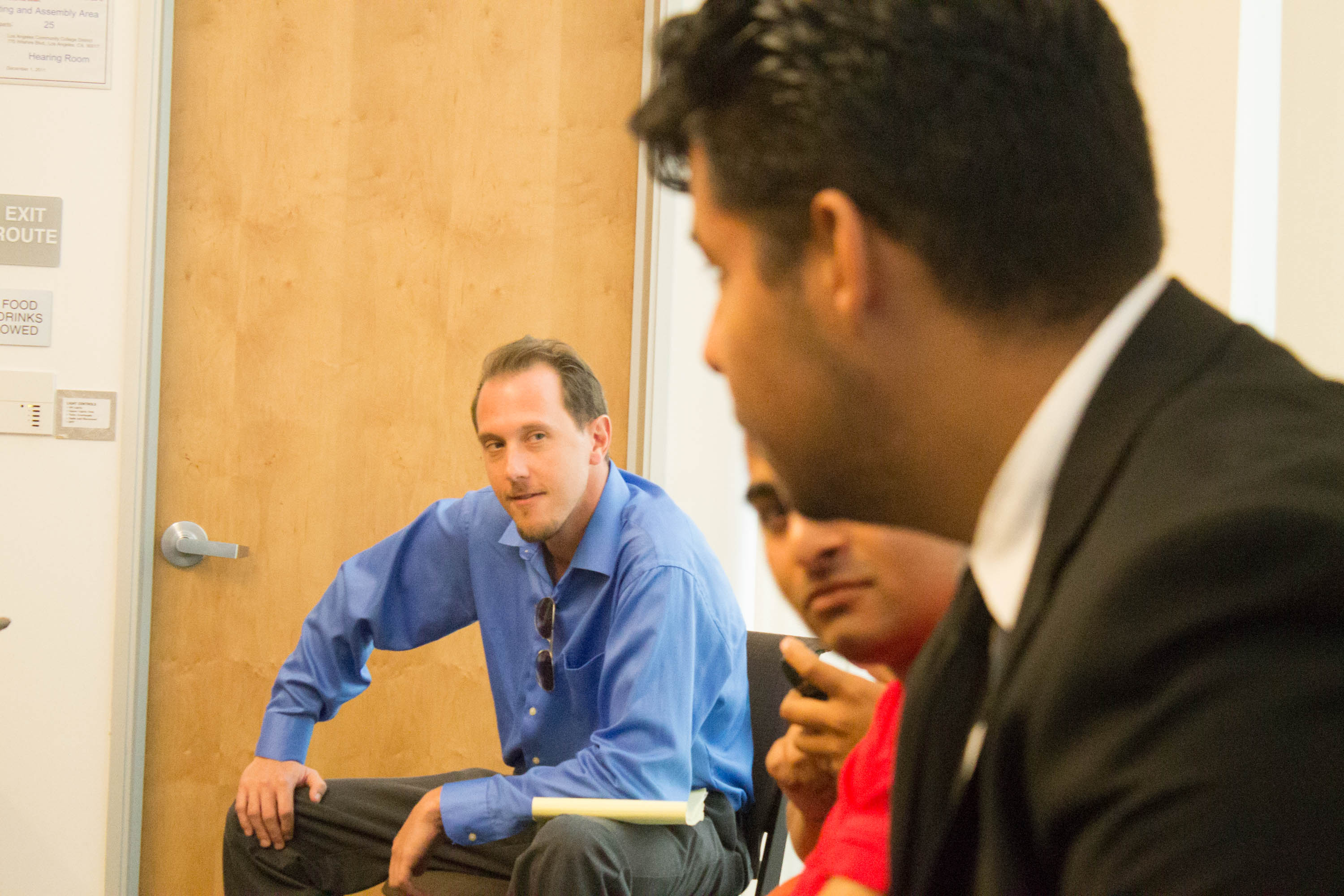 Out of 917 votes cast, 38 were voided because they were either illegible or named an invalid candidate. The tally of the 879 valid ballots found Anderson the winner with 462 votes, while his opponent Ryan Navarrete of Los Angeles Trade-Technical College received 417.

“It was a long time coming,” Anderson said. “We haven’t had a Student Trustee from Los Angeles Pierce College in over 25 years.”

For Anderson the victory marks the end of a long campaign and the beginning of a challenging new position.

“I am thrilled to be the new student trustee and to be the voice for students,” Anderson said. “Ryan’s a great guy. I thought he did an excellent job [campaigning] both times around.”

During the summer recess Anderson and Navarrete took to the campuses of community colleges throughout LACCD. For his second campaign run Anderson focused on “connecting with students on their level.”

Anderson said his first act is to encourage communication between all campuses within the LACCD and change student advocacy.

“One of the most important things I want to accomplish in this semester is changing the culture and the attitude district wide about student representation,” Anderson said. “I want to bring the students’ concerns to the board in a manner in which they will be heard.”

Gabriel Cabrera, president of the L.A. Harbor College Associated Students Organization, sits on the board of the Student Affairs Committee and had met both Navarrete and Anderson during their campaigns. He said he came to admire the candidates for their “enthusiasm and willingness to fight for the students,” and praised Anderson’s readiness to take on new challenges.

“What sets Milo apart is that he’s a go-getter,” Cabrera said. “He knows that whoever won the election would be behind and Milo is ready to put his feet to the ground running.”

The first election was held in April and had a much higher turnout, with 3,757 valid ballots counted in May. Navarrete won with 1,880 votes to Anderson’s 1,877, a three vote difference and margin of .07 percent.

Anderson contested the results by filing three complaints with the district. The complaints alleged the votes were miscounted, that students enrolled at multiple colleges had cast multiple ballots and that the hours of the Pierce College polling station did not allow night students to vote. The district chose to void the results and hold the special election which just concluded.

Cabrera was present for the first ballot count in May and said he knew that the second election would be just as tense.

“The count came down so close and I knew the same thing was going to happen this time,” Cabrera said. “Both candidates ran a tight race.”

Until Anderson is sworn in on Nov. 4, Gerson Liahut-Sanchez of East Los Angeles College continues to serve as the interim student trustee. Liahut-Sanchez was appointed by the Board of Trustees at the recommendation of the Student Affairs Committee as interim in July and said he understands the weight of the position Anderson will inherit as the new trustee.

“It was definitely an experience,” Liahut-Sanchez said. “I loved working with the students and getting projects started with them. Now that Mr. Anderson will be taking over the position it will be interesting to see what he does and how the committee changes.”

Anderson said he aims to work closely with the board and his peers as the new student trustee, and also hopes to establish a strong working friendship with his former opponent.

“I think Ryan deserves a lot of credit for how well he did,” Anderson said. “I’d be honored and I hope that we could collaborate together because I believe he cares a great deal about student advocacy. He could be a huge ally to students.”

He said he would like to see both new and graduating students at LACCD colleges be proud of their academic roots and called community college “a stepping stone to bigger, better, brighter lives.”

“I want it so that when all of us eventually leave community college we can say ‘we did something here,’” Anderson said. “‘That we actually existed and left our mark in a positive way.’”

Correction: In an earlier version of this article, it stated that Gerson Liahut-Sanchez was “elected” as as the interim student trustee, but he was appointed by the recommendation of the Student Affairs Committee.