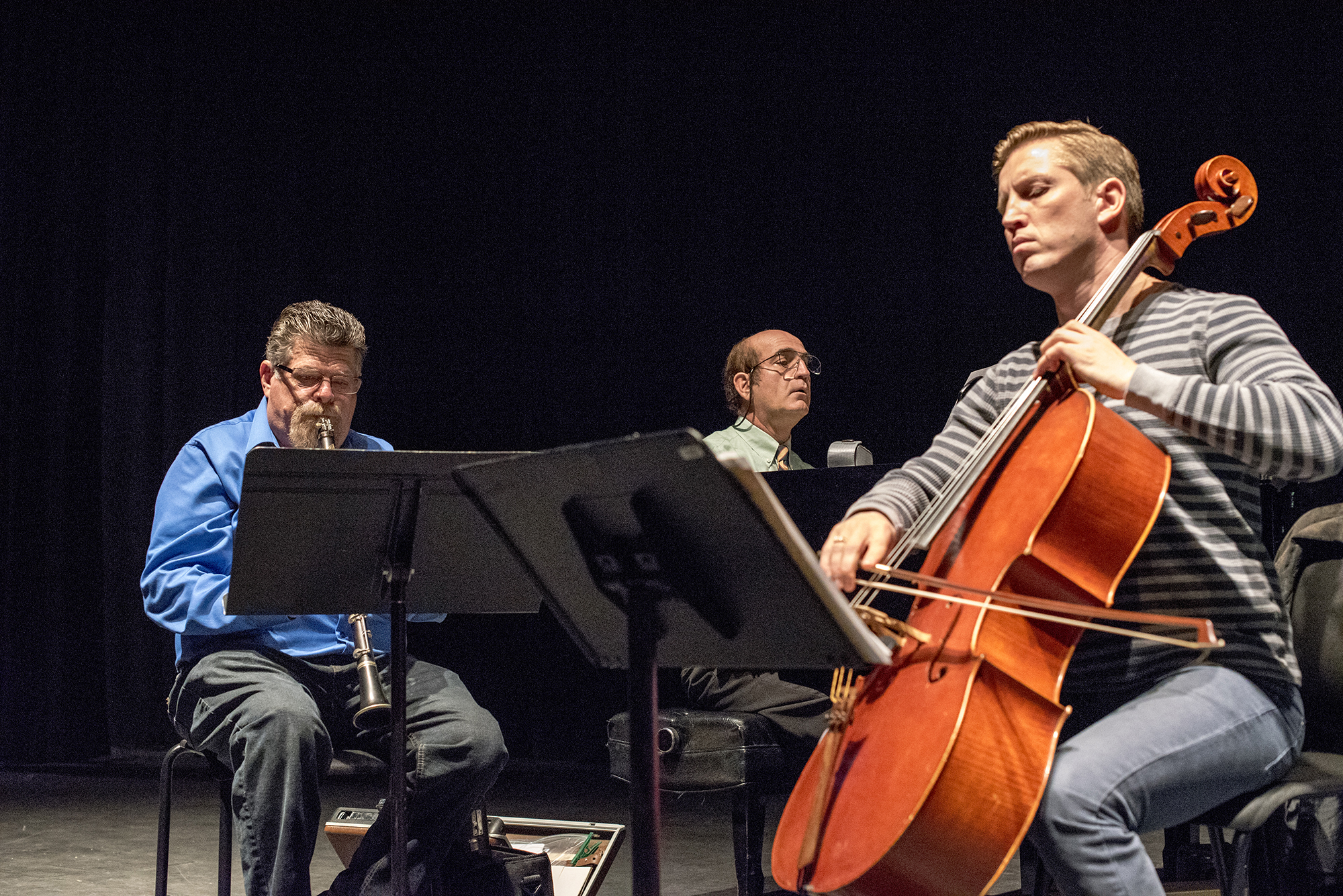 The hum of whispers and shuffling feet grew as crowds gathered outside the Performing Arts Center at Pierce College for the “Rescue–A True Story” concert.

Patrons feverently filed into the theater to search for their seats. The brightly lit stage stood out in perfect contrast to the dim surroundings. As the audience settled in the mood began to stir.

Silence transformed the room as Ruslan Biryukov and Grant Sevdayan strode across the stage to take the spotlight.

Before a pick of the cello or a touch on the piano, Biryukov informed the audience of the historical background of “Vocalise,” the song they were about to perform.

“This song has a story that goes back years and years ago,” Biryukov began.

As he was finishing his story, I looked around, and the audience was fixated intently on the facts of the musical story they were about to hear.

As his fingers rested on the chords of the cello, Biryukov leaned forward and began the ensemble with the accompaniment of Sevdayan.

The delightful music was met with a furious passion as Biryukov jolted in his seat, leaning forward and backward.

His eyes were closed as his hair moved in accordance to his head thrusting to the music.

In contrast, Sevdayan was not blinking his eyes behind his glasses as he sat in an upright posture playing the piano, focused on the music on the paper with no hair to thrust.

Slight giggles were heard in the room as a pause in silence flooded as Sevdayan took a moment to turn the page.

Only then did Biryukov look up and motioned “it’s not done yet” to the audience, then continued with just as much frivolity.

“Moses Fantasia” was the second ensemble as Elayne Boosler and David Stanton joined the former two on stage.

As Stanton joined with the clarinet, Boosler narrated each short piece of music with a short story about puppies.

One particular puppy was described throughout, shedding light on life as a dog that has been passed through owner to owner. The dog was named from Brownie to Febe to Girl.

Suddenly, no owner would claim this dog and the darkness of that light was transparent through the music.

The puppy that was once put in dogfights, beaten, and so unloved had found a happy home again. Finally, she was named Annie where her final owner claimed her.

At the end of the ensemble, a picture of the real dog was projected to the viewers; it was Annie.

The composer of Moses Fantasia, Carol Worthey, was sitting in the audience with tears down her face.

“Though I didn’t know all of the history of what happened to this dog, she was really worn out and beaten up when I found her,” Worthey said.
“This story was made as I collected 20 years of dog stories when I worked with animals and rescues,” Boosler said.