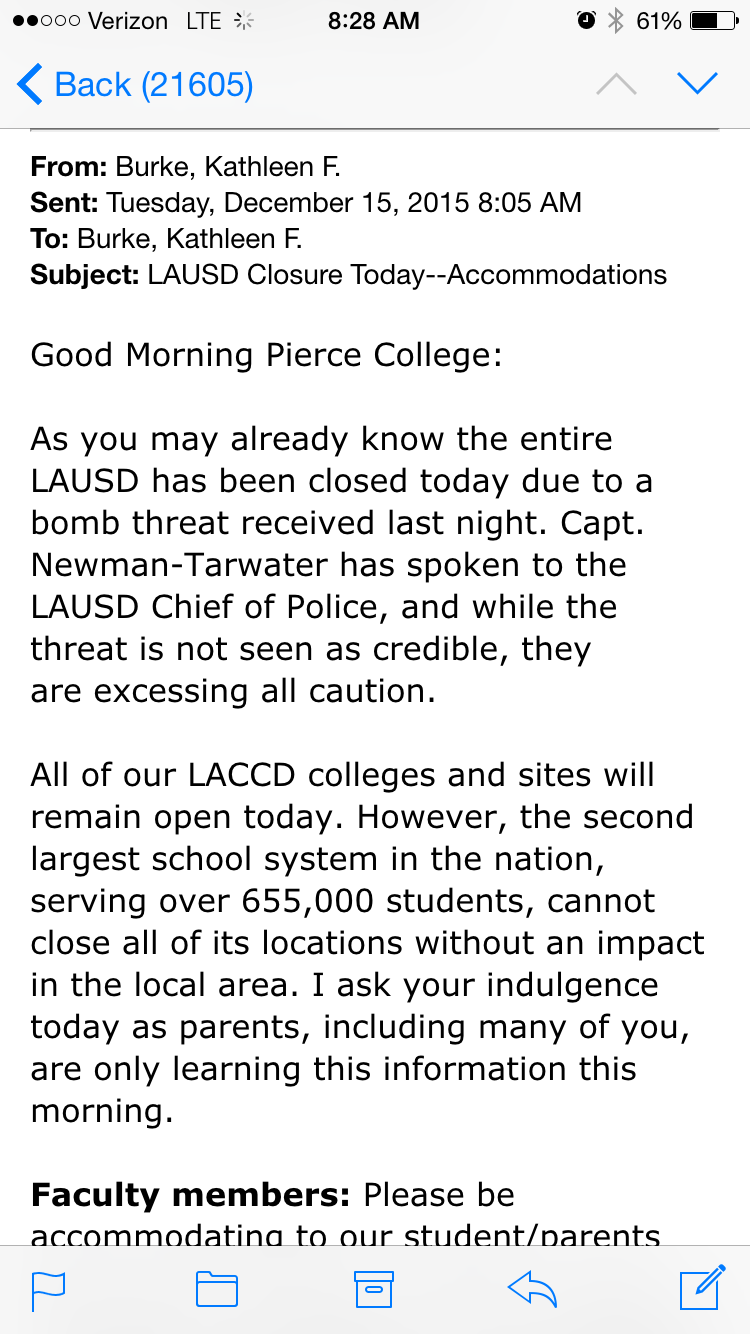 Pierce College will remain open on Tuesday, Dec. 15 despite closures to surrounding Los Angeles Unified School Districts schools.
President Kathleen Burke announced in an email that the school will remain open and finals will go on as scheduled.
Burke also said that childcare services would be made available to those with children through the Child Development Center.
The LAUSD announced early Tuesday morning that a threat was received and more than 900 schools in the district will be closed until further notice.
Burke asks faculty members to accommodate students/parents who may not be able to make it to the appointed final exam today.
“If we need to make special arrangements for students to do make-up finals, the administration will need some time to discuss how we can support those efforts,” said Burke via email.
Los Angeles Community College District Chancellor Francisco Rodriguez announced in a statement that all colleges in the LACC district are open.
“Please note that since this is fall semester, some students, who are parents of children staying home today, may seek accommodations by our faculty for their exams,” Rodriguez said. “We may also have some staff absences or accommodations needed today for those who have children attending LAUSD schools. I ask that supervisors exercise discretion and flexibility.”