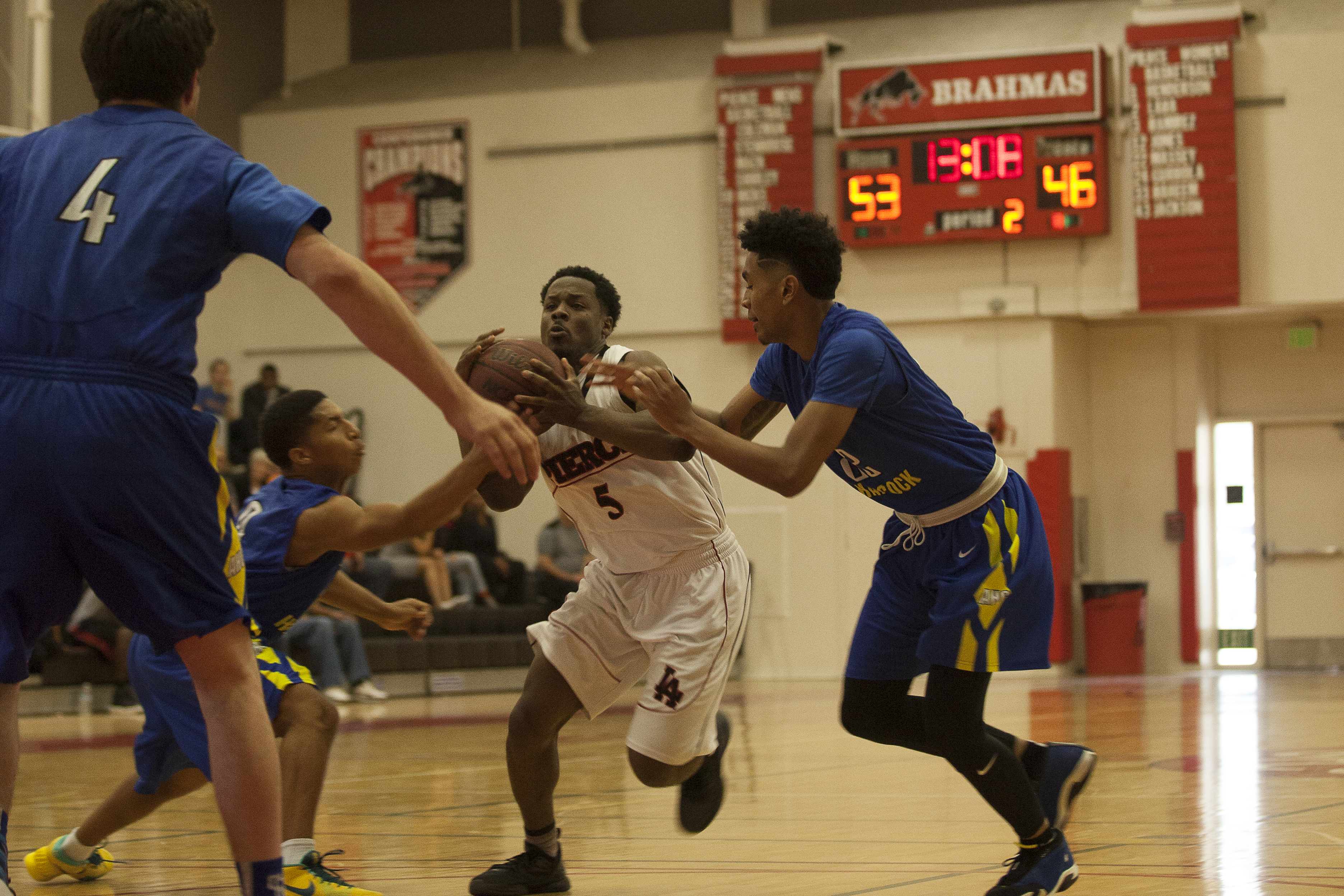 Men’s basketball gets another win in overtime against the Allan Hancock College Bulldogs for their fourth of six overtime victories on the season.

The return of guard Kenny Stenhouse, who has not played since Nov. 29, 2015 has propelled the Brahmas to two straight wins in overtime, including a 27-point scoring effort in a 95-91 game against the Bulldogs on Feb. 13.

“It’s good to have a potential Division I player back in Kenny Stenhouse,” said interim head coach Charles White. “He made a difference in the last two games.”

The Brahmas would lead most of the game. However, the Bulldogs would go on a run in the final two minutes of the regulation to take a late lead, until the Brahmas scored a game-tying shot with 3 seconds remaining, forcing overtime.

Once overtime began the home crowd ignited as the Brahmas outscored the Bulldogs 17-13.

“I felt we played a little better as far as running our offense,” Stenhouse said. “We were up the whole game and we just let them come back, but we made it so it’s okay.”

In the first half, Pierce guard Montel Shirley, who had 28 points on 10-13 shooting, had a highlight-reel dunk over three defenders.

Stenhouse would hit a three-pointer to give the Brahmas a lead going into halftime 40-32.

“This game shouldn’t have went into overtime, it should have ended in regulation,” Shirley said.