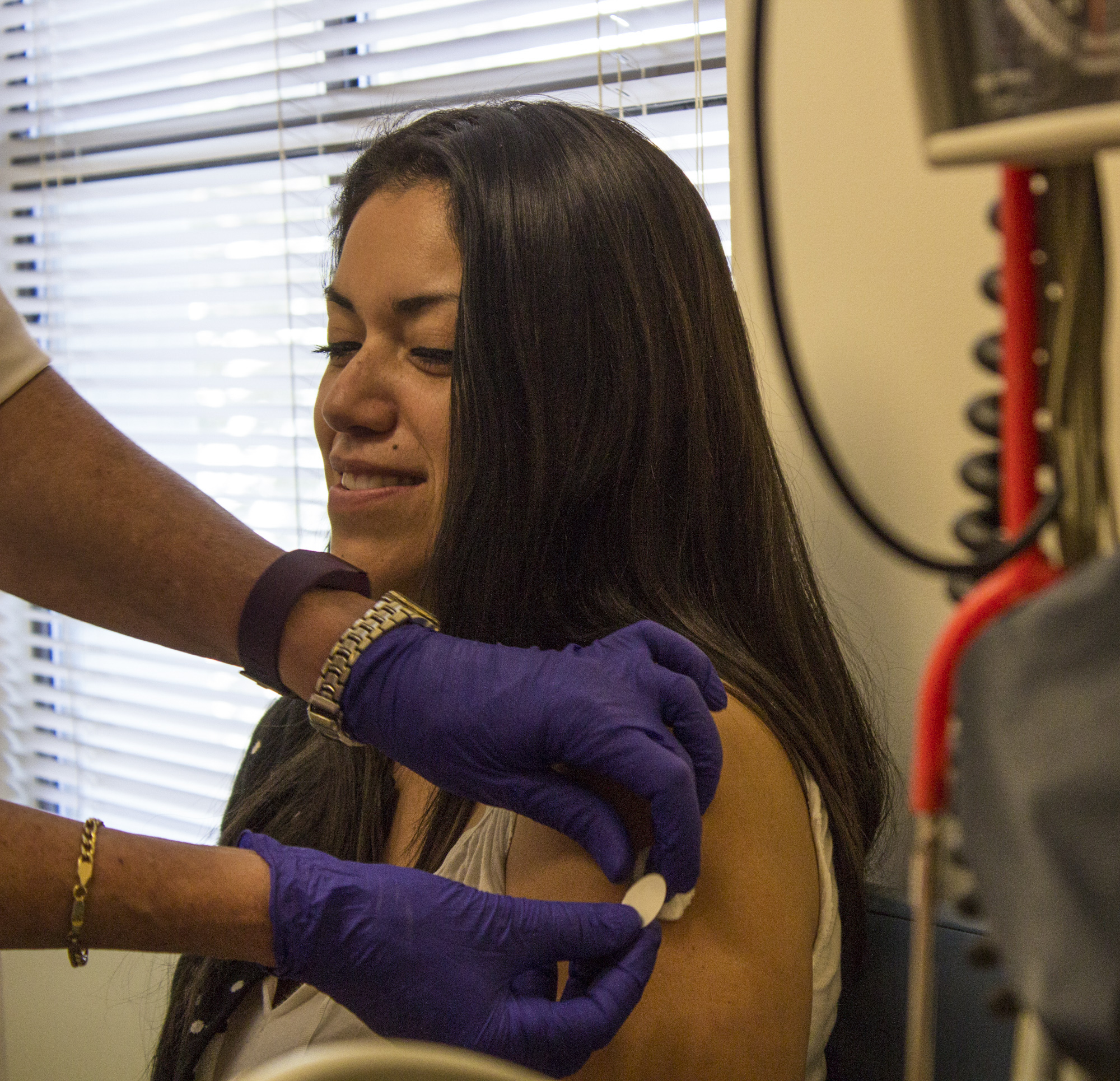 The first days of fall are a reminder that the cold and flu season is about to begin. In preparation the Health Center is providing students with the flu vaccine for $12 to combat illness.

Each year’s vaccine is based off the flu from the year before. The vaccines are always prone to help students avoid the symptoms they may have encountered if they got sick from the flu beforehand.

Beth Benne, the director of the student Health Center, explains how the flu virus may cause different symptoms each year.

“The flu virus is a virus that mutates every year” Benne said. “The vaccine changes along with the changes in the virus. So last year’s flu will not necessarily protect you from this year’s viral strings.”

According to Benne, receiving the vaccine will help the immune system prepare itself for when the flu tries to enter the body.

Benne is aware that some students do not believe in taking the vaccines because they think it will cause them to get the flu instead of preventing it. Though, she mentioned, she has been getting vaccinated for over 20 years and hasn’t gotten the flu since.

“The vaccine I give out is inactive so it does not cause you to get sick,” Benne said. “There is a live flu vaccine, it is not an injection, but a nasal spray. A live vaccine gives you protection against the flu in 7 to 10 days, but the downside is that you have higher chances of getting sick.”

The difference between the vaccines is that the live version has a higher chance of getting students sick in the first few days after receiving it, whereas the inactive vaccine that the Health Center offers does not carry the live viral particles inside, providing a lower chance of infection.

According to Benne, the vaccine should be given as soon as possible considering it will take up to three to four weeks to become active.

“The timing is really good this year. We got the vaccines earlier this year than last year,” Benne said. “We’ve given out at least 30 to 40 vaccines to students in a week.”

Benne explains how the immune system should be up and running by the time the flu vaccine starts working so it can protect you from getting sick.

The Student Health Center also gives out preservative-free vaccines because of the allergic reactions people can suffer from a vaccine that is not preserved. This means that pregnant students can also receive the vaccine.

Brandon Hernandez, sociology major, has been attending Pierce for three years and was visiting the Health Center for the first time. Hernandez does plan to get the flu vaccine.

“I think vaccines are important,” Hernandez said. “It prevents diseases from spreading. I’m not into that whole anti-vaccs or anti-science conspiracy. The vaccine will expose you to the pathogen, but it will build up your immune system against it, so I think it’s worth it.”

Malih Kabbani, international business major, thinks that the Health Center is a helpful outlet for students who are sick and in need of care. Though, Kabbani would rather get sick than be faced with a needle.

“If I weren’t scared of needles I’d completely want the vaccine just so I can build immunity to the flu,” Kabbani said. “Initially you might get sick but at the end it’s a beneficial result because in the future you won’t get sick with the flu.”