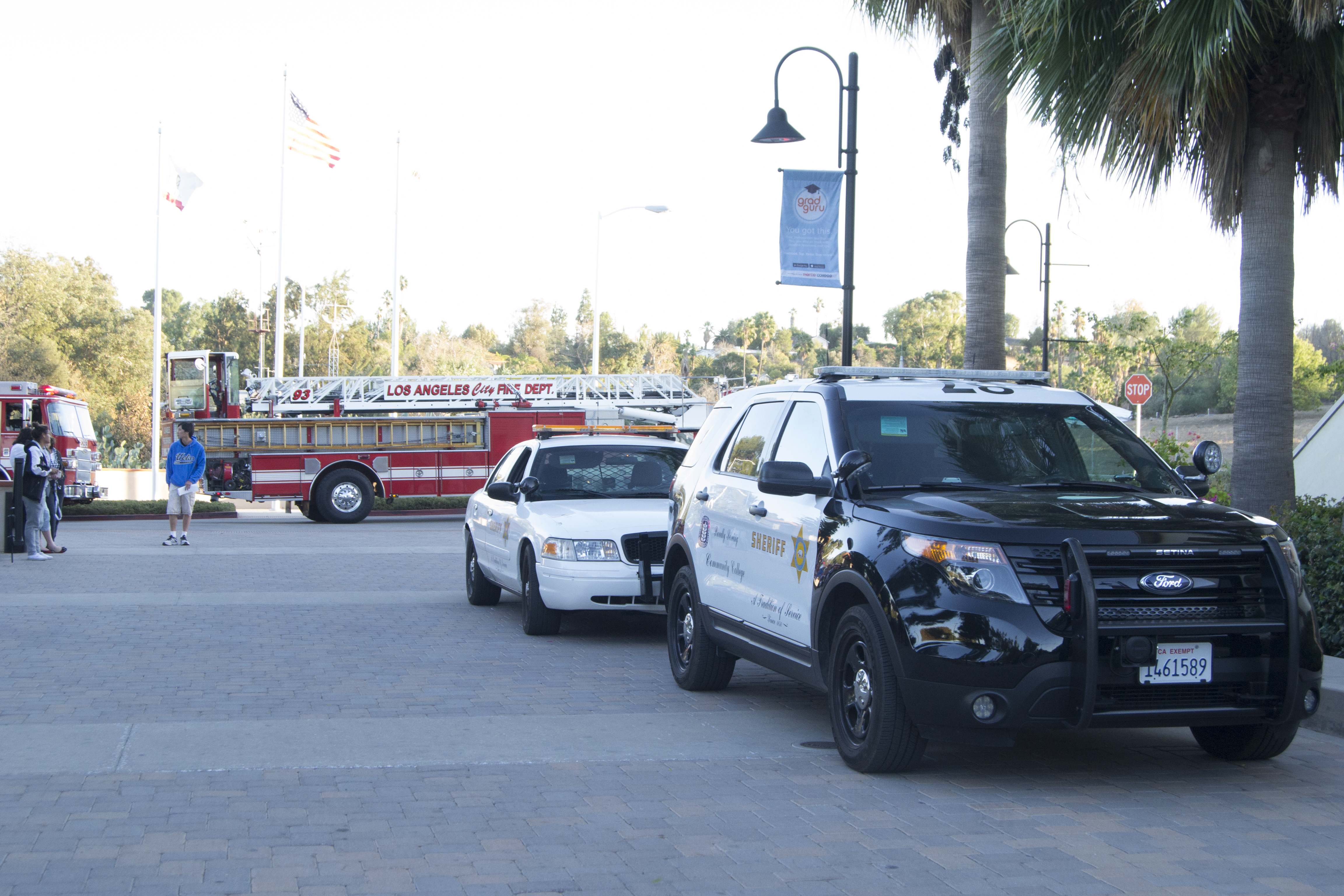 Los Angeles Fire Department Captain Robby Cordobes told students and faculty they could go back inside the building after they found no threat or cause for the alarms to have gone off.

Carol Guzman was one of the students who exited after hearing the alarm sounding.

“[We came outside] because the alarm went on,” Guzman said. “We don’t know anything, we are just waiting. We think it’s a false alarm.”

After about 20 minutes of students and faculty waiting outside, some of them were told they could inside to grab some of their belongings.

“It was some kind of exposed wires,” said Denise Robb, an associate professor for political science at Pierce. “They are going to let us get our stuff but they don’t want us to stay. There is not a fire but they said there’s a danger. Some kind of malfunction with wires or something. I guess it could lead to a fire but they don’t want to take chances. It might be wise to talk to an electrician servicing hackney or someone similar to get this fixed as soon as possible.

Everyone was allowed back inside at about 4:20 p.m. after Cordobes said there was no threat.