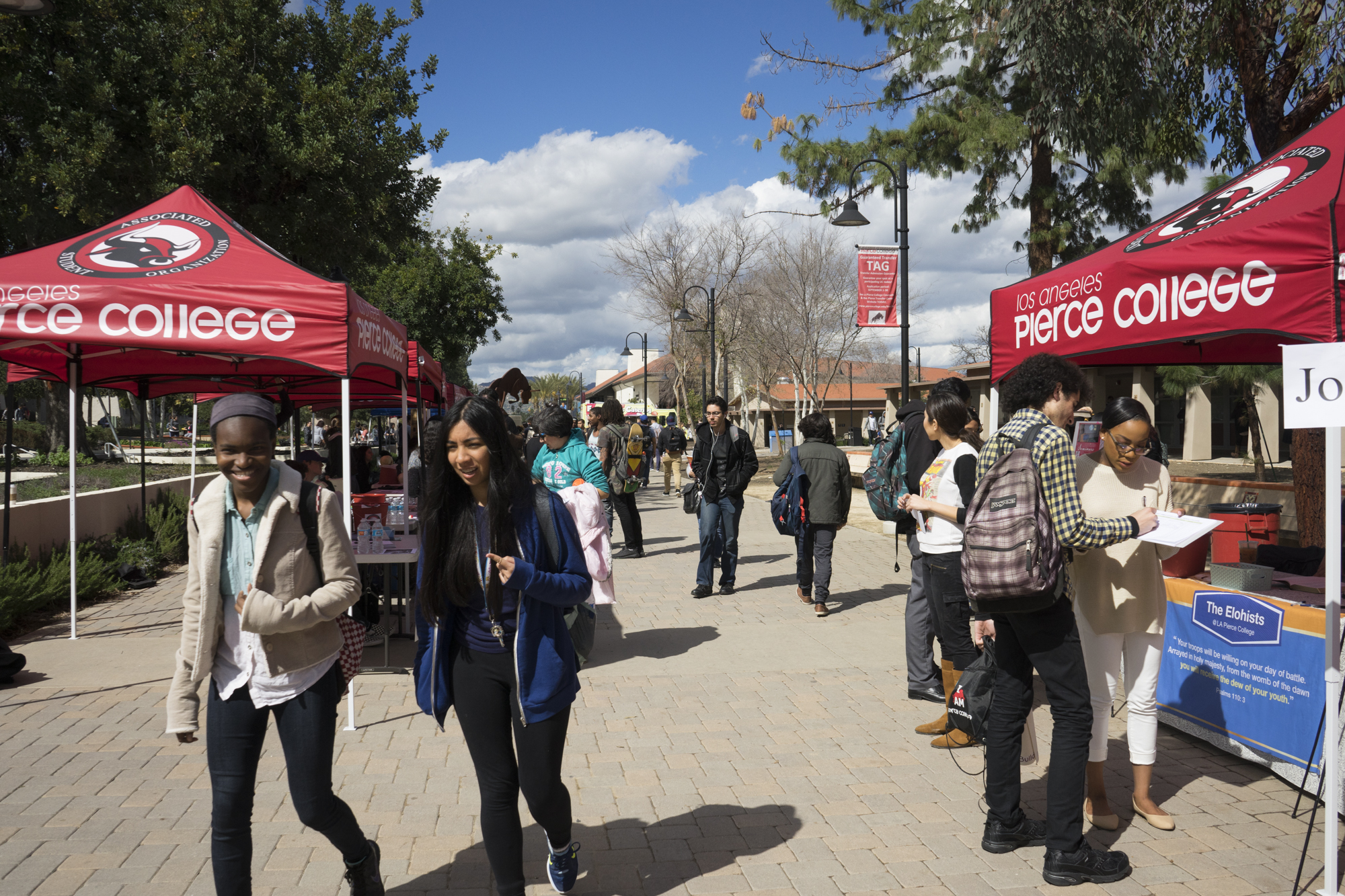 Underneath the tents that lined the Mall, club members set up their booths with music, live farm animals and an oversized board game, hoping to stand out among each other and pique the interest of passing students.

Club Rush, which was on Feb. 26 and 27, takes place at the beginning of each semester and allows students to learn about the different clubs available on campus.

There are clubs for students with the same major, those with a specific skill or students interested in sports.

According to student Shir Shoshan, Club Rush allows her to join clubs that peak her interests and look good college applications.

“I always look forward to Club Rush,” Shoshan said. “It’s the perfect way to learn about all of the different clubs on campus and find new ways to get involved in the community.”

This semester, Club Rush saw a turnout of about 37 different campus-based clubs, ranging from Pre-Vet to the Philosophy Club. One new club sparked a lot of interest among the many booths of Club Rush.

According to a club member Roshna Mustikhan, the goal of Resist is to withstand the policies that President Donald Trump is implementing through protests and rallies.

“Our goal is to make a change in society,” Mustikhan said.

The anthropology club is looking to make big changes on campus as well.

“The point of the Anthropology Society is to help students with an interest in this field expand their knowledge, talk about their interests and help them get networking opportunities,” Stone said.

According to Stone, the Anthropology Society will be having guest speakers, field trips and activities this semester to encourage students in the community to get involved.

The Anthropology Society meets Thursdays at 2:15 p.m. in ELM 1707. Resist meetings are held on Tuesdays at 3:30 p.m. in the First Year Experience Center.