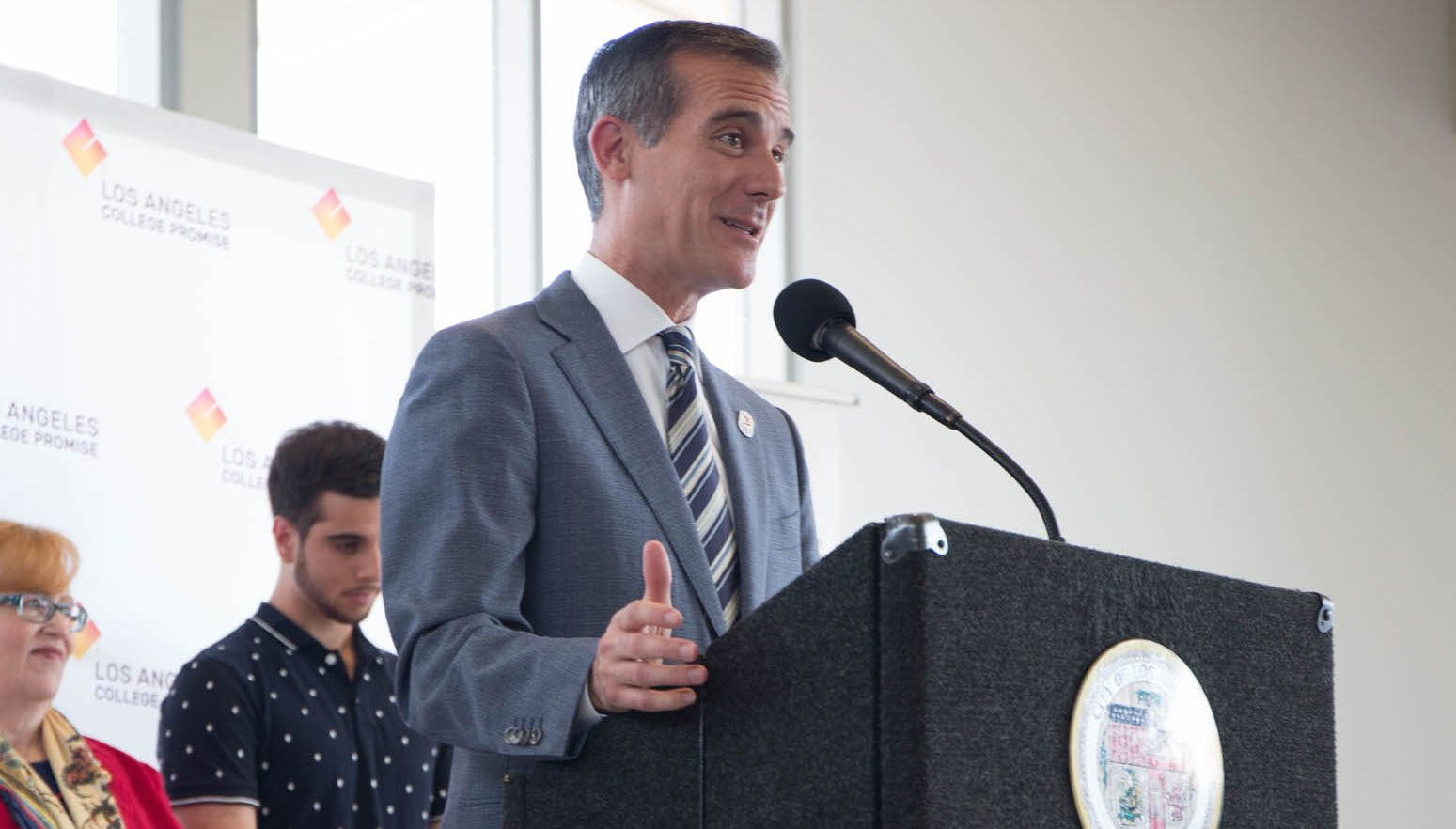 According to Garcetti, Los Angeles is the largest city in the country to offer free tuition. There are already more than 4,000 students signed up, and he is excited about the program and what it has to offer.

“They just have to worry about working hard and fulfilling their dreams,” Garcetti said. “It’s not just about free tuition. It’s about the councilors, it’s about telling people what schools they can go to for four-years, it’s about meeting peers.”

While the possible enrollment increase numbers are still not known, Garcetti said that those aren’t the important numbers.

“We’ll probably get not only more folks that will come in, but more that will finish. That’s the goal,” Garcetti said. “You’re not going to celebrate just because they get one free year of tuition and they made it to community college but they never graduate.”

“He’s a wonderful speaker and we are very honored that he came here to meet with our students,” Burke said.

Vice President of Student Services Earic Dixon-Peters could see what this chance to see Garcetti meant to the students.

“It’s a great opportunity for our students to know that the mayor cares and for the students to see the Pierce College is relevant and important,” Dixon-Peters said.

In his speech, Garcetti, who was raised in Encino, also highlighted the current boom of tech opportunities in the Valley, joking that there are more jobs in LA now then “that other so-called valley up north.”