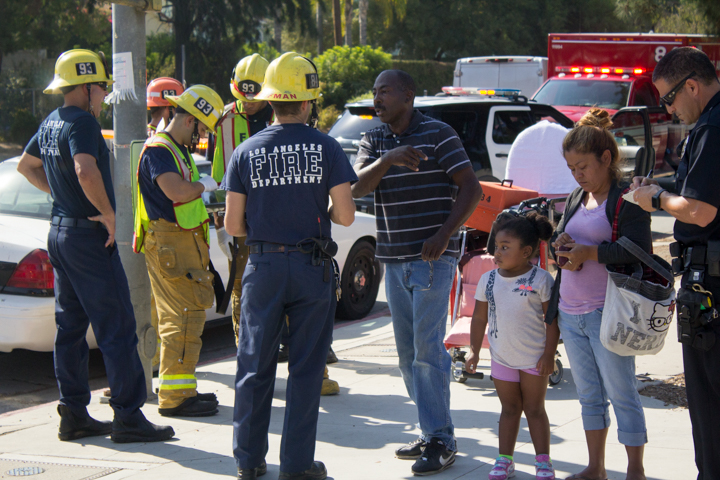 A student-involved accident on the corner of Winnetka Avenue and Brahma Drive occurred just after 9 a.m.

Los Angeles Sheriffs said that a green Jeep Cherokee was making an unsafe left turn onto campus and was struck by a gold Cadillac Escalade. They didn’t release who was driving which car because they said they had to have the consent of both drivers.

A female student was taken to the hospital in an ambulance due to her injuries and a female child was also injured, but her parents chose not to transport her according to Sheriff’s Deputy Al Guerrero. Injuries are common where car crashes are concerned, but things could always be worse. This doesn’t diminish the severity of some injuries, however. Many people will likely want to take action against a negligent party and seek out the likes of an Arkansas Personal Injury Attorney to help them out with this situation and provide them with legal assistance. Many people may choose to do this if their injuries have forced them to remain off work or if damage to their property or lives is considerable.

The family did not want to speak on the matter.

There was an accident that occurred yesterday in the same area, according to Guerrero. A car ran into a pole after turning into the campus.

Guerrero said that accidents occur at the beginning of the semester due to a lack of attention, high speeds, a little bit of panic and the stress of trying to get to class.

“A lot of students have souped-up cars and drive too fast,” Guerrero said. “I can’t stress it enough. Drive safe and be careful.”