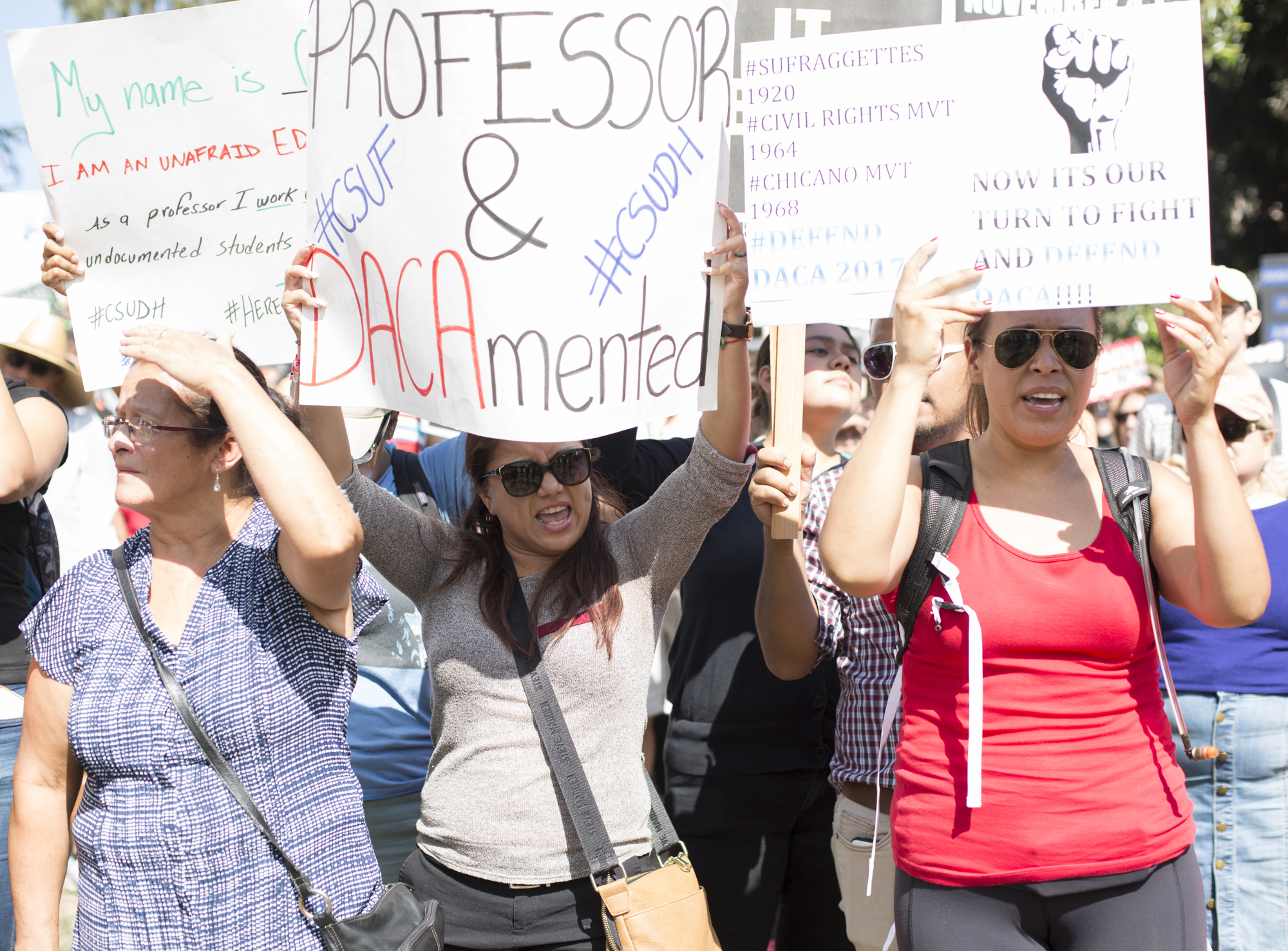 The termination of the Deferred Action for Childhood Arrivals (DACA) program by President Donald Trump has forced Pierce College staff and students to come forward about their concerns for the future of the school and the individuals who will be affected.

DACA is an immigration policy that gives undocumented minors, who were brought to the United States as children, eligibility to receive a work permit and a two-year reprieve from deportation.

Political Science instructor Denise Robb went into detail about the concerns her DACA students have expressed to her via email or in person.

On Sept. 5, LACCD Chancellor Francisco C. Rodriguez issued an email to the district on the matter. He provided details about the number of recipients who are enrolled.

“This morning, U.S. Attorney General Jeff Sessions announced that the DACA program (Deferred Action for Childhood Arrivals) has been rescinded. He has directed the Department of Homeland Security to “wind-down” the program, and has signaled to Congress time to address this issue over the next six months. This ruling affects our Dreamer student population, within the approximately 11,000 undocumented students, enrolled in the Los Angeles Community College District (LACCD),” Rodriguez said in the email.

Maria Bates co-chair of the the Diversity Committee expressed concern about what may happen should Congress not come to a proper conclusion in the next six months.

“If Congress fails to pass legislation to protect our DACA students, people will suffer, both emotionally and economically, and not be able to legally work. They may be taken advantage of by exploitative employers or may avoid getting the help they need at hospitals or from the police. They will be treated as criminals even though they are innocent,” Bates said.

Efren Lopez, the Pierce College ASO president, is a DACA recipient. In a Facebook post, Lopez told the story of when he first arrived to the United States. He said that he is no different from anyone else who is a citizen.

“I was brought to the United States when I was 3. I was raised by the same values and morals like any other American child would be. This country raised me, and I like to call it mine. And while just the legality status of my presence in the United States is of difference, I am no different, as a person than a citizen,” Lopez said.

He expressed how fortunate he is to be able to experience what he has as a recipient of DACA.

He was stunned that the Trump administration actually went through with the decision.  There were rumors that the government was going to go through with rescinding the program and that they weren’t.

“I thought Trump would do the right thing but he did it for political purposes,” Lopez said.

One message that Lopez has for the campus is that he wants to stand up for students who are DACA recipients and are going through the same process as he.

Robb does not understand why political parties cannot reach a common ground about the future of those affected by the rescinding of DACA.

“Usually, democrats and republicans agree, especially on children. You can’t blame them. It’s not their fault; they have to go where their parents go. So, it seems like it’s pretty non-controversial, but I don’t know what’s going to happen.”