Take a page out of her story 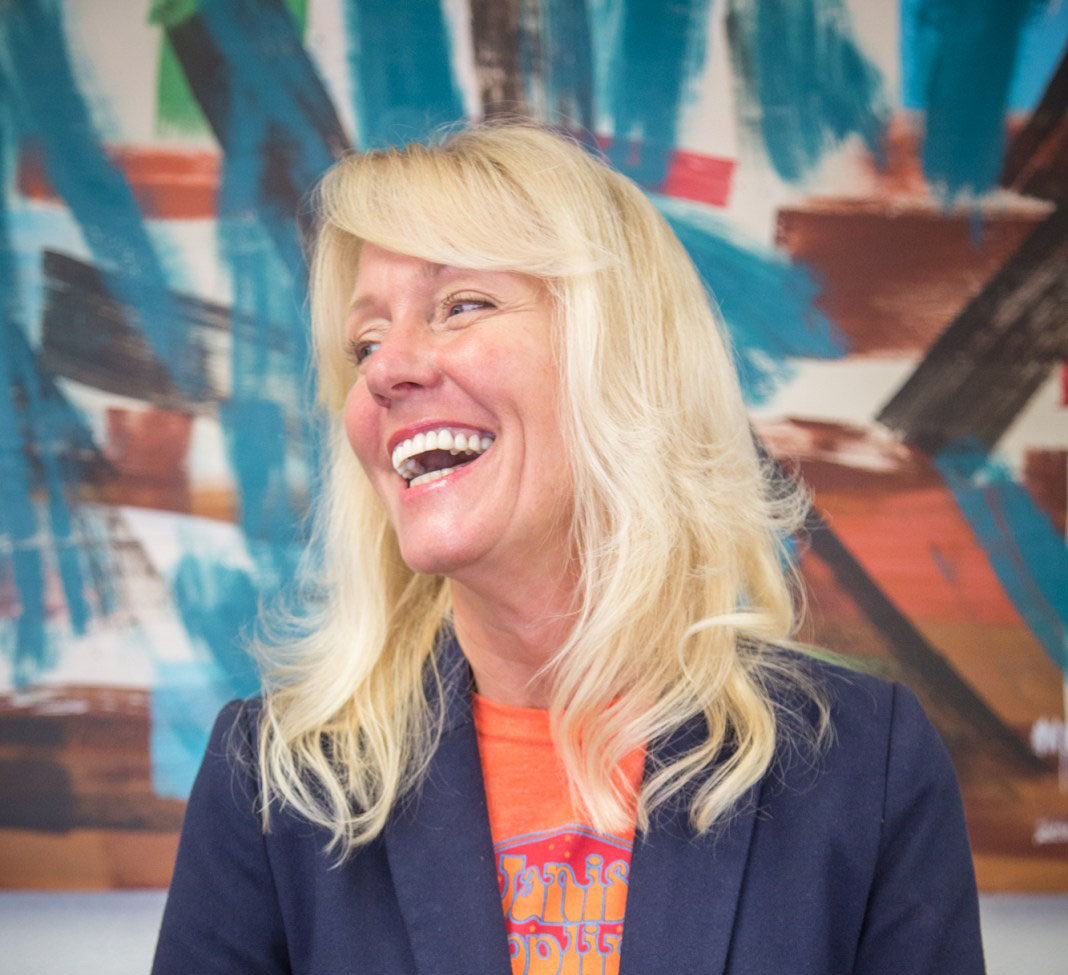 Sheryl Nomelli’s office resembles an art museum. Covered in artifacts documenting her affinity for history, the trinkets lining her shelves tell a story almost as vibrant as her own.

Nomelli’s story begins in the historical turmoil of the 1960s and 70s amidst the Vietnam War, Watergate scandal and both the Civil and Women’s rights movements. Her childhood, in her own words was “unconventional” as her parents adopted anti-government ideals and settled their family in a commune of like-minded people in Northern California. Living in quonset huts on an abandoned military base, Nomelli grew up wandering around its grounds without supervision and without formal education.

“My mom would go out and get used books, books that were donated, books that were free and on a hodge-podge of different subjects, and she would read to me and my brother every single day, sometimes for hours,” Nomelli said. “A lot of my education was just being read to by my mom.”

It wasn’t until she was 10, when the base that was her home was sold, that she began traditional schooling. She originally planned to enroll in fourth grade, but a placement test advanced her to sixth, although she only stayed until the eighth before dropping out.

A few years later, at 15, she took the California High School Proficiency Exam (CHSPE) and attended classes at Shasta College in Redding, California the same year.

Throughout this phase of her life, Nomelli’s parents joined a religon and her father went back to school to study theology and become a minister.

“They were searching for answers and got involved in a really strict religious group,” Nomelli said. “So I went from a loosey, goosey ‘do-as-you-like’ lifestyle to this harsh brand of Christianity.”

By 18, Nomelli was married, and by 20, a mother, putting her education on the back burner to raise her family. It wasn’t until her late twenties that she enrolled in courses at Moorpark College as a re-entry student and discovered her love of history.

“I was tired of living paycheck to paycheck, renting a tiny, little two-bedroom condo with my family of four,” Nomelli said. “I worked nights and weekends; my husband worked days. It was hard.”

It was then that she met Moorpark Professor Ceil Copsey, who inspired her to not only switch her major to history, but to want to become a history professor like her.

“She would march across the room telling stories in this very dramatic way with her hair swinging everywhere. She would make a bunch of strange noises and we started calling her ‘Cousin It’ like the character from the Addams Family, because she was just covered in hair,” Nomelli said. “Halfway through that semester, I changed my major to history.”

After receiving her bachelor’s degree at Cal. Lutheran University, Nomelli earned her master’s at Cal. State Northridge (CSUN) where she was involved in the Natchez Courthouse Records Program created by Professor Ron Davis. During the five week trip, Nomelli traveled to Mississippi and Louisiana to explore primary sources and archives.

“I was just weird enough that I was interesting,” Nomelli said in regards to obtaining fellowships from Davis himself.

Soon after, she began her teaching career. Nomelli taught classes both at CSUN and Moorpark before settling at Pierce, where she’s been since 2012.

“I learned, when I started working here, that it’s like a mini-CSUN in terms of the diversity of the student population, which I love,” Nomelli said.

“This class is fantastic,” Pammit said. “It’s interesting, captivating and fascinating. Professor Nomelli is awesome; she keeps you engaged.”

History instructor Brian Walsh served on Pierce’s hiring committee during Nomelli’s interview phase and said her passion for teaching was evident from the start.

“When I was observing her teach, I saw the engagement with her students,” Walsh said. “The passion was there, and that’s a key quality to being successful as a history teacher. The students need to see that you care about it, which she does. She’s one of the good ones.”

Nomelli earned her tenure at Pierce in 2016.

First time voters can get overwhelmed by propositions on the ballot, but the Bipartisan Policy Center is working on educating students about them for...
Read more
Featured Stories

People often think of librarians as quiet people with their heads buried in books, but there’s one librarian who’s as savvy in the social...
Read more
News

Surrounding fires have filled the skies with smoke and have caused unhealthy air conditions for large parts of Los Angeles County, including Woodland Hills. The...
Read more
- Advertisement -