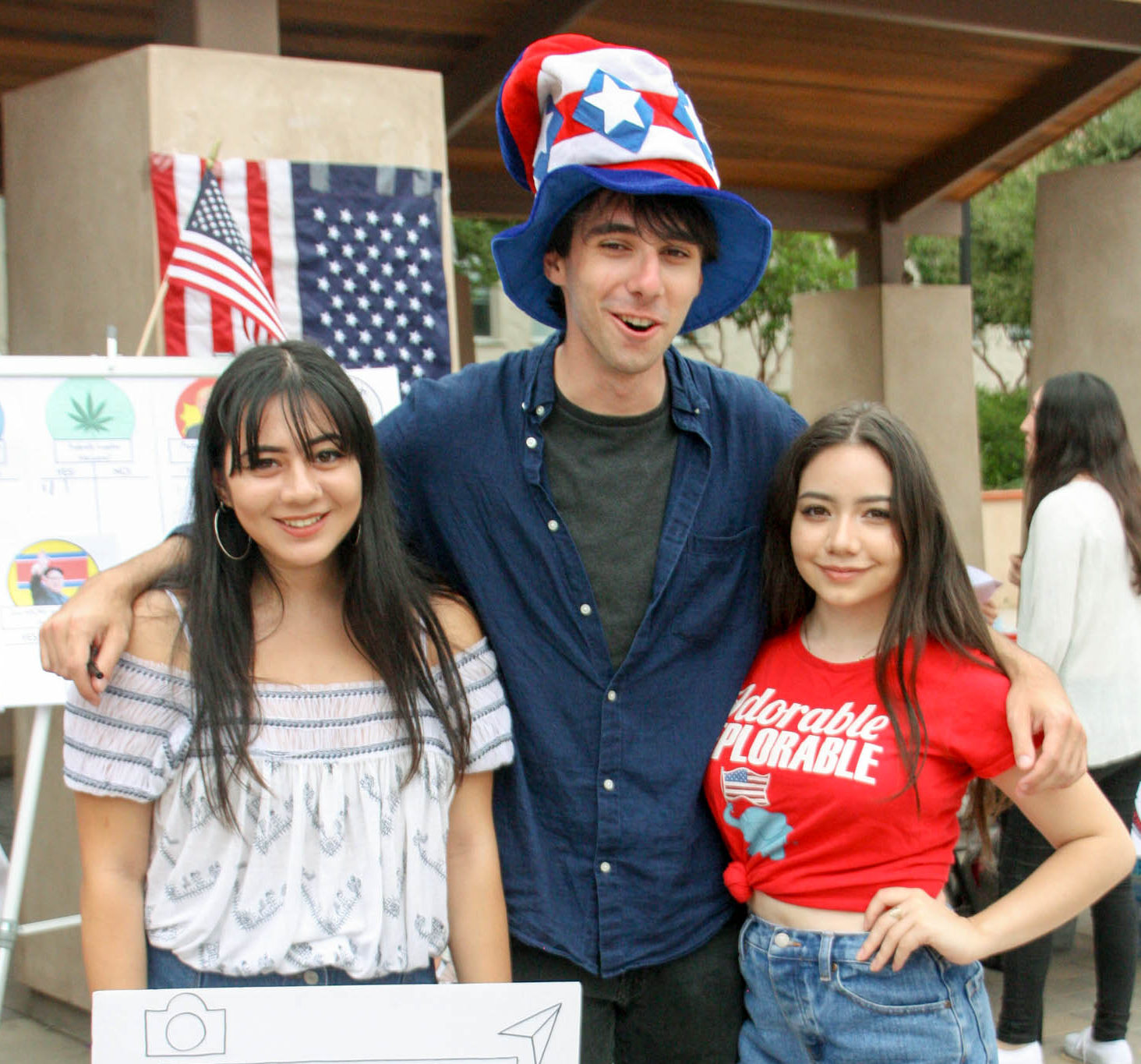 The Pierce College Democrats Club, Pierce College Republicans Club and the Young Americans for Liberty, a non-partisan libertarian club, are branching out from the PoliSci Society to promote activism and to engage students in their respective political affiliations.

“I think the election of Donald Trump has been a real benefit in terms of scaring young people into involvement,” said Denise Robb, a political science teacher and adviser for the Young Americans for Liberty and the Pierce College Democrats. “My students didn’t really see that any of it mattered and now they do, especially with our 11,000 in the Los Angeles Community College District. They are becoming, as they say, ‘woke.’”

These clubs are gearing up for a semester full of events aimed at showing the importance of politics and how essential it is to vote.

One major event the groups are planning is the Day of Politics, which will be in the Great Hall on Oct. 19. There will be debates between students with guest moderators Assemblyman Matt Dababneh and State Senator Henry Stern asking questions.

There will also be a panel of guest speakers discussing about electoral reform, gerrymandering and other political actions that can be taken to spark change.

“I’m honestly scared about the direction that America is going in politically,” said Melody Niv co-president of Pierce College Democrats. “We have speakers on both sides of the spectrum that are way too volatile and ignorant, and they are the ones speaking for the majorities.”

Robb said that the clubs are also planning to have elections and host events that focus on the U.S. Constitution. There will also be more debates in addition to the one on Sept.19. Topics for debate have yet to be announced.

“The youth are the future, and the youth are the ones not showing up to vote. Yet, they’re complaining when they don’t get free college or health care,” Niv said. “I hope that Pierce College Democrats will be able to educate students on current political issues and mobilize students to bring change to the issues they care about.”

The clubs are also hoping to create a safe haven for each students’ thoughts and beliefs, making them feel safe to express themselves, educating students about voting and the upcoming congressional election.

According to Tahmineh Dehbozorgi the chapter president of the Young Americans for Liberty, her goals are to bring awareness about constitutional rights and liberties through events, to promote First Amendment rights and host open forum discussions on current topics.

“Our focus as a club is to welcome classical liberals, constitutional conservatives who care for their freedom and their rights,” Dehbozorgi said.

She said these are ways in which students can join to fight to protect free speech and their rights as citizens.  She wants to bring students who are motivated to make changes in the future of their country by providing them with the tools and equipment.

“Many people are not happy with the current atmosphere of the government so that the only way we can make changes in our society is to start from colleges, from the students and ourselves.”