Randi Love, Vanessa Arredondo" />
Skip to content
You are Here 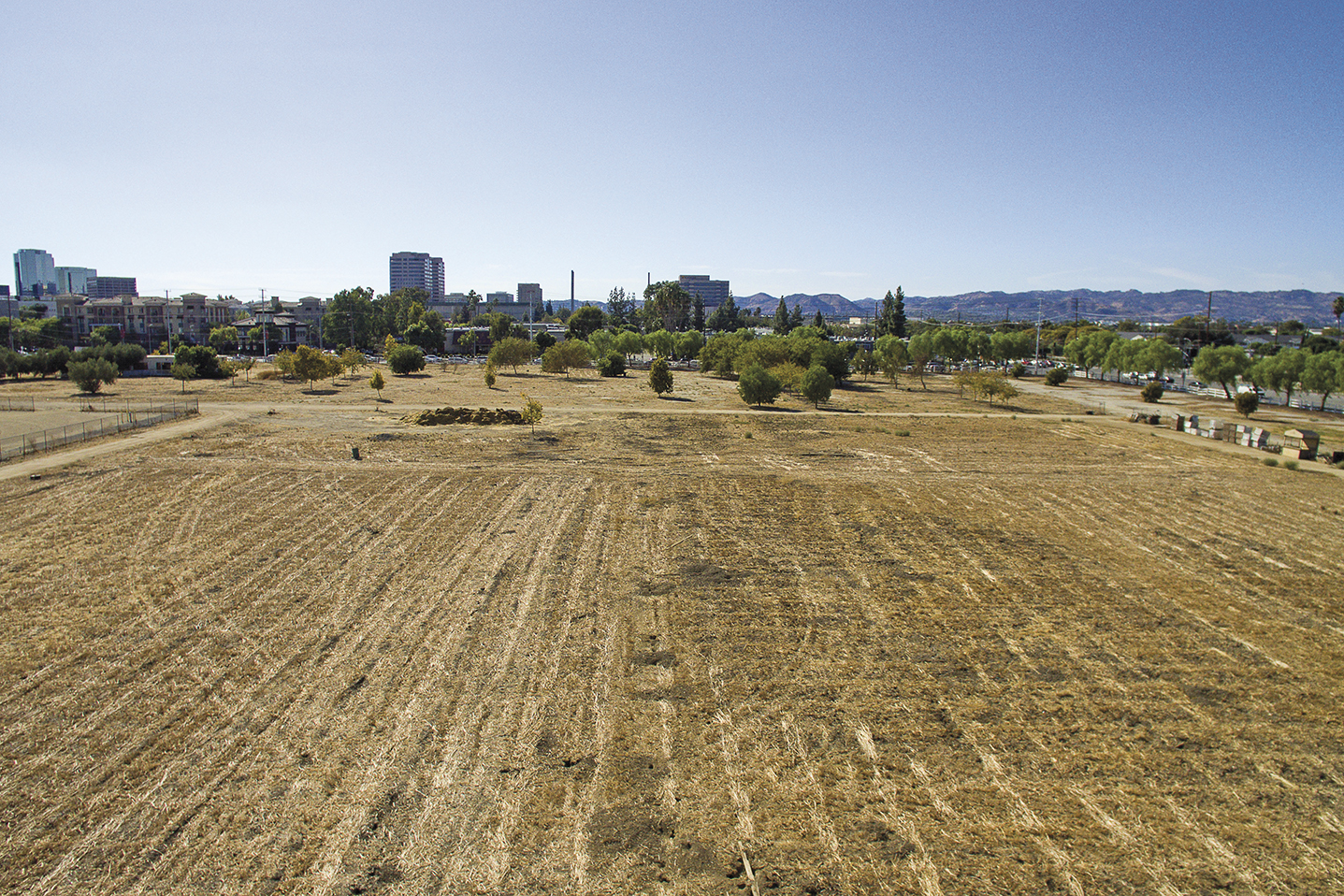 Pierce College is moving forward with plans to use the property on De Soto Avenue and Victory Boulevard for educational purposes serving the Agricultural Program after the closure of the Farm Center left the area vacant for two years.

Vice President of Academic Affairs Sheri Berger assured the Woodland Hills Homeowners Organization (WHHO) during last Wednesday’s meeting that there will be no commercial or residential development on the Pierce College farm.

“We are a farm in the city, and that is very unique. I don’t know another big farm sitting in an urban area. We need to preserve that,” Berger said. “That’s what makes Pierce College so unique. We are serving students who grew up in the city, who may have never seen a cow, who don’t know where their food comes from.”

According to Berger, an agricultural education center is set to be built in 2020. The building will be 8,000 square feet and will act as anchor to the Agricultural Program, and fill the area left by the Farm Center. Two greenhouses, each 1,000 square feet, will also be built in a way that allows future expansions when funds become available.

The Farm Center’s five-year lease ended in 2010, and owner and director Robert McBroom was given a year to vacate the property, the Daily News reported. After refusing to leave the property, the district and McBroom came to a settlement, which stipulated that the center would close indefinitely to the public the day after Christmas 2014, and the campus would be vacated by April 15 the following year.

According to Berger, the college didn’t renew the lease because the primary goal is to educate students, and using that land and bringing it into the Pierce agricultural instructional program would provide more benefits and help complete that mission.

Vice President of Administrative Services Rolf Schleicher added that the Farm Center was great for the community and provided K-12 educational services, but conflicted with the institution’s focus to provide optimal post-secondary education.

“Until we changed what we were doing, we would never get the educational programs to move forward fast enough to give students what they need,” Schleicher said. “Across the state, there was a need for education in agricultural and plant sciences; there was a high demand for students, and our program was not fulfilling that demand. So we made an assessment and decided to go in this direction.”

The Farm Center was gone by the end of 2015, and with it left the Halloween and Christmas festivals. The area remained vacant for about two years, and Woodland Hills residents became concerned that Pierce would get rid of the farm completely.

John Walker, executive vice president WHHO, said that there have been movements for decades of people trying to acquire pieces of the land for commercial use.

“The developers that drive past there everyday, their mouths water, and they just can’t believe that property doesn’t have something on it. That it doesn’t have 15-story buildings or what have you,” Walker said.

Walker said WHHO has been working with Pierce for 30 years, and it has fought against any venture that threatens the agricultural nature of the college.

“We have a position that the farm will always remain a farm and will not be used for anything other than that,” Walker said. “It will remain an agricultural institution, and we will fight that to the end. Our organization opposed anything that was going to go on there because, basically, once the camel gets his nose under the tent, then all of it begins to go.”

Though members of the community expressed concern for the farmland’s fate, Berger said the property had alway been intended to be used for educational purposes.

“To a lot of people on the outside, you see just land. And you don’t see anything on it, and people think, ‘Oh, I can put something on it,’” Berger said. “We see instruction. We see laboratory space. We see training for our students.”

Pierce College will begin modifications to the farmland, revamping and adding to the Pierce Agricultural Program beginning with the arboretum project set to start construction phases in 2019.

The arboretum on the southeast side of campus along Brahma Drive will be renovated to be up to industry standards. Horticulture 4900 was the original base of the program, but is now deemed too small and outdated for agricultural educational purposes, in addition to being unsafe due to sustaining earthquake damage.

Schleicher said that the budget for the renovations and the new buildings are coming from Measure J. The Agricultural Science Building has $8,734,903 and the Agricultural Education Building has $9,385,216.48 budget and an additional $6,600,000 from a district wide contingency.

In the distant future, Berger said, Pierce hopes to build a community area where residents can view the students’ produce and work, and perhaps sell some homegrown products.

“You all have a priority for the agricultural program and so do we,” Berger told WHHO Wednesday. “We have no intention of getting rid of the program. We want to take that piece of land off of Victory and De Soto and bring it back into the instructional program, where students will learn how to do food production, learn how to use state-of-the-art technology, so that they can go out into the workforce or transfer.”

Walker said that the property must remain an agricultural land available to the students and the community, but there will always be people that oppose that.

To quell the concerns of the Woodland Hills community, Schleicher suggested WHHO make a taskforce to keep in touch which projects going on at Pierce. He said they already have a Bond Oversight Committee that meets monthly, but the formation of a task force can provide additional communications to the interested parties.

“I think there’s a lot of misinformation going around. And I’m willing to cut through that because we need to have a relationship that is transparent,” Schleicher said. “We just want to make people aware of progress, and they should be aware of our progress in our strategic plan.”

Schleicher acknowledged the community’s concern that a big business would move into the space, removing Pierce’s connection to its original agricultural roots.

“There’s more than running events that are enterprise oriented. Could I make more money using enterprises in there? Absolutely. But that’s not what we are here for.”

View a video of the farm land by clicking here.