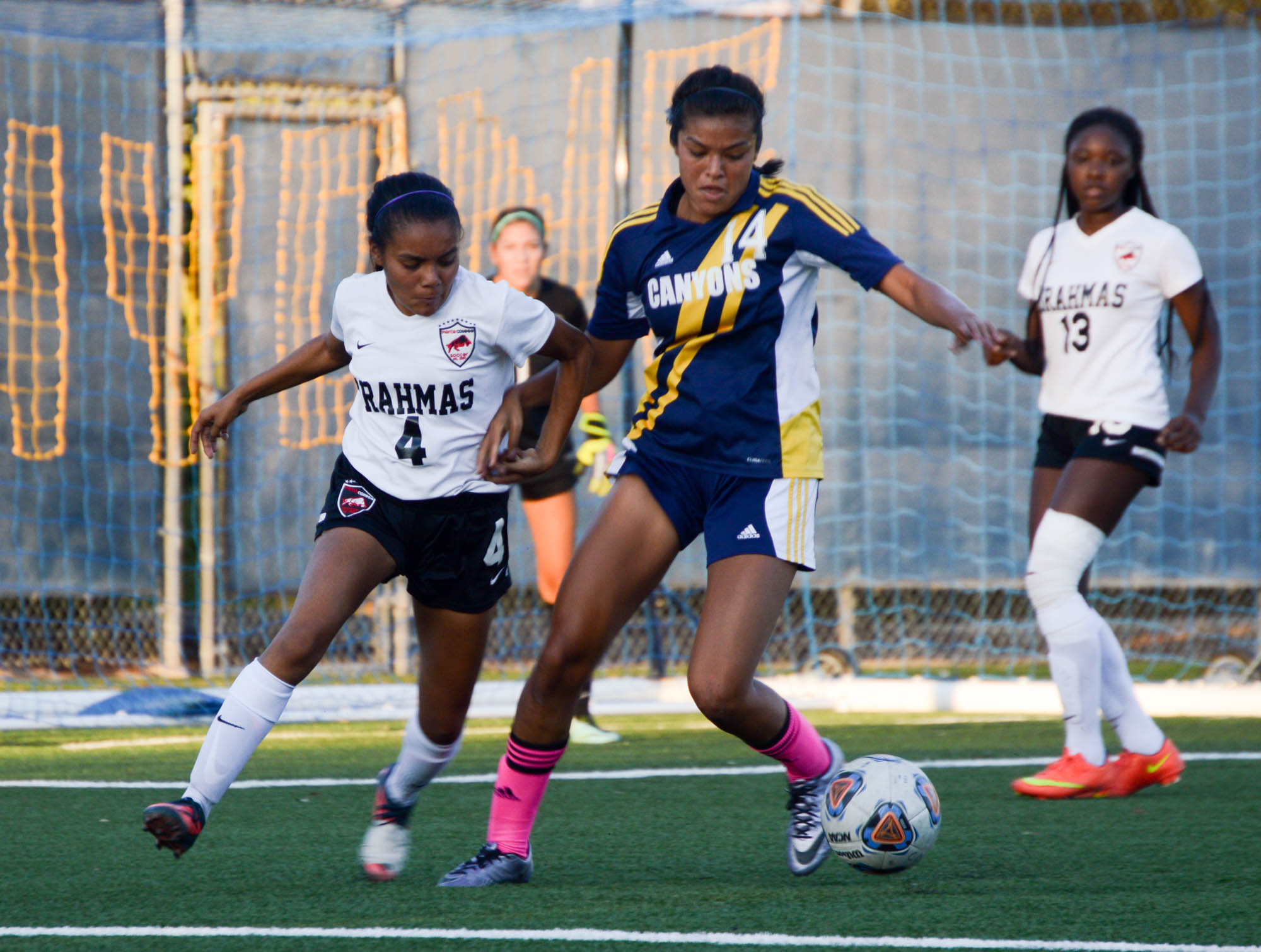 The soccer team were shutout on the road, losing 7-0 to College of the Canyons being the biggest loss in program history.

The team came into Friday’s game against College of the Canyons with a defensive game plan that was tested immediately. COC pressed forward and dominated the possession early on, creating a couple chances before breaking through with the first goal from midfielder Angel Quintero in the 14th minute.

The team was unable to execute the game plan as COC’s offense continued to control the pace of the game. Angel Quintero and midfielder Kiara Gunn led the COC offense and opened up the field and attacked the wings.

The Brahmas’ defense was unable to cover the through balls that were being fed to the edge of the field, thus creating scoring opportunities for COC.

COC midfielder Crystal Sanchez snuck a ball under Brianna Jacobo’s outstretched arm to add a second goal for COC. Kiara Gunn followed with a goal on an assist by Angel Quintero just before the halftime whistle.

The Brahmas trailed 3-0 at halftime, having yet to get a shot on COC’s goalkeeper Jordan Burrow.  COC had 13 shots on Jacobo.

As the second half began, COC continued to aggressively press the team’s defense. The team struggled and the COC offense capitalized on the defensive miscues.

Six minutes into the second half, Kiara Gunn scored her second goal of the game, making the score 4-0.

After the sixth goal, COC made a complete team change, in which the bench came in to substitute the starting lineup.

In the 72nd minute, forward Emily Aguilar scored the seventh goal for COC.

In the 79th minute, play was halted as Jennifer Veliz suffered an ankle injury and had to be subbed off.

The final whistle ended the Brahmas’ nightmare, with the final score being 7-0.

Head coach Adolfo Perez explained that the team usually plays with an attacking game plan that usually brings them success, but this game was unlike their usual games.

“We tried to play a very defensive game, which we are not used to. It got us out of our comfort zone,” Perez said. “They’re a good team, but we’ve played better teams this year already, and we’ve either won or got a tie.”

Perez said that the game plan was defensive because of injuries the team has suffered.

Leading scorer Gisell Cruz was out this game due to a quad injury, Adriana Sosa just underwent surgery on Tuesday to repair her ACL and Leslie Jolon tore her ACL in Tuesday’s game against Oxnard College.

Goalkeeper Brianna Jacobo did not blame any one player, she said the entire team struggled.

“Our whole team was a little off today. The way we were playing today was new to us. We were playing defense instead of what we usually play, offense. It just threw us all off,” Jacobo said.

The defense had miscues down the stretch, and defender Nichole Evans said that the team was miscommunicating, partly because of fatigue.

“I think the midfielders got tired because they have more work to do by going up and back. That affected the second half greatly, because if they’re tired, they come back down less, making opportunity for the other team to score,” Evans said.

The soccer team returns to The Pit when they face conference leaders Santa Monica College on Friday, Oct.13 at 4 p.m.