Daniela Torres, Sofi Matzaganian" />
Skip to content
You are Here 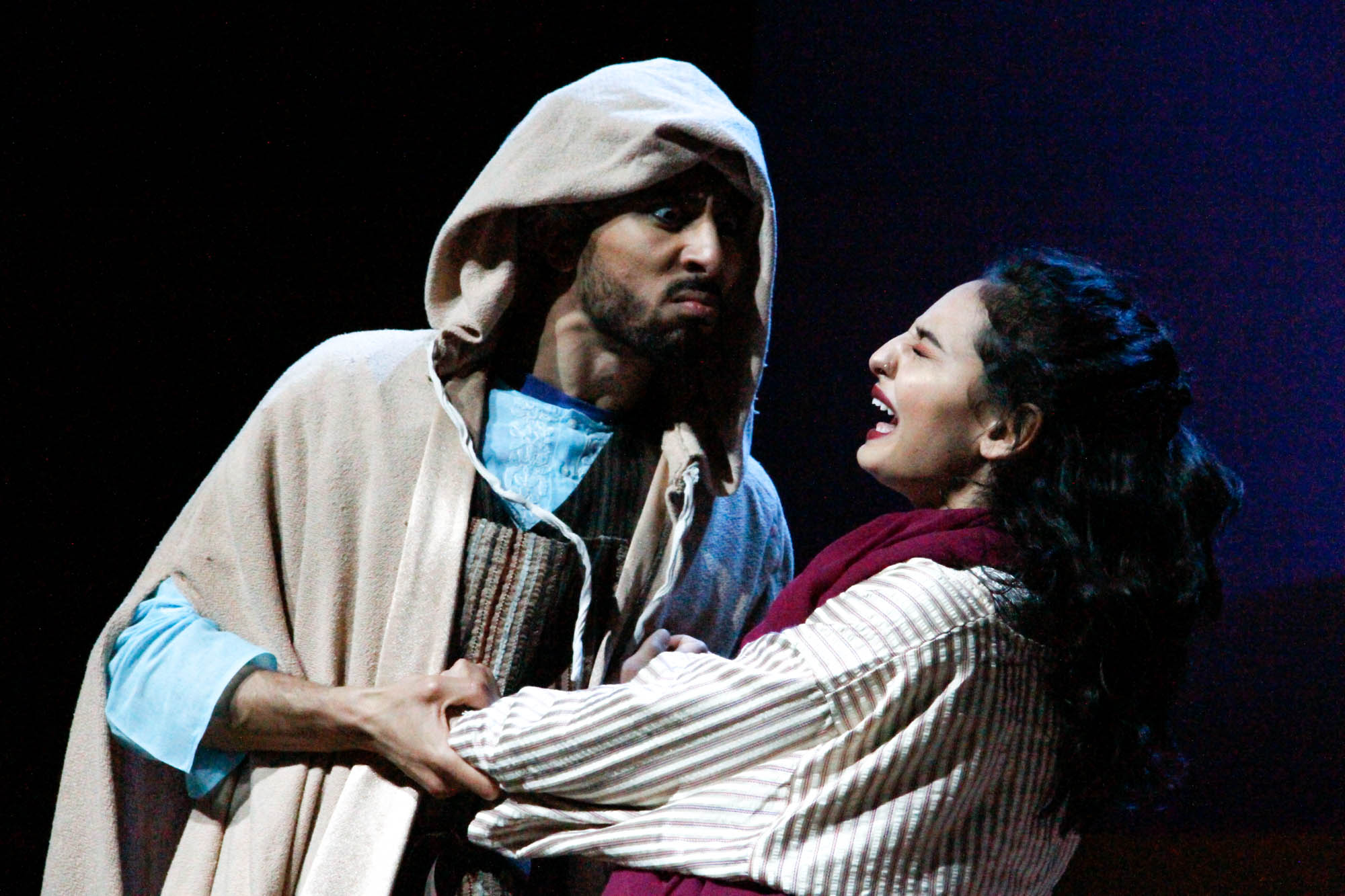 A strategic wife, a fearsome husband and a series of suspenseful tales.

The Pierce College Theatre Department will be opening its second play of their 60th anniversary season with American theatre director Mary Zimmerman’s “The Arabian Nights” in the Pierce College Performing Arts Mainstage.

Opening night is on Friday, Dec. 1 and will continue through Sunday, Dec. 10.

“The Arabian Nights” is a well-known tale about a woman named Scheherazade (Sharai Bravo) who tells cliffhanger stories to her cruel husband King Shahryar (Asif Baig) to prevent him from murdering her. She eventually wins her freedom and the love of her husband.

The play is directed by instructor of theatre Shaheen Vaaz. Vaaz said that the play comes from 10th century stories of “One Thousand and One Nights.” It is a collection of Middle Eastern folk tales.

“It’s a bunch of stories within stories told by a woman who is literally fighting for her life,” Vaaz said.

Angel Villalobos plays the jester and said that he is excited to be a part of this experience because it is his first production at Pierce College.

“The Arabian Nights is mystical and fantastical,” Villalobos said. “It is a production that will not only be fun for the actors, but for the viewers as well.”

Villalobos also said that play is a conglomerate of stories told as one.

Carvin Ortega plays several characters in “The Arabian Nights,” including Wazir, Greengrocer and Ishak of Mosul.

Ortega said this play is the perfect opportunity to challenge his skills as an actor. Like Villalobos, it is Ortega’s first production at Pierce.

“People should come to this play because, due to the high amount of stories being told, there are many different themes to latch on to,” Ortega said. “There are themes of love and betrayal, so there is something for everyone in this production.”

Justine Gorry plays the character Perfect Love among others.

“It’s not your typical play,” Gorry said. “It’s very magical and there is never a dull moment.”

Tickets can be purchased ahead of time at  https://www.brownpapertickets.com/event/310002.