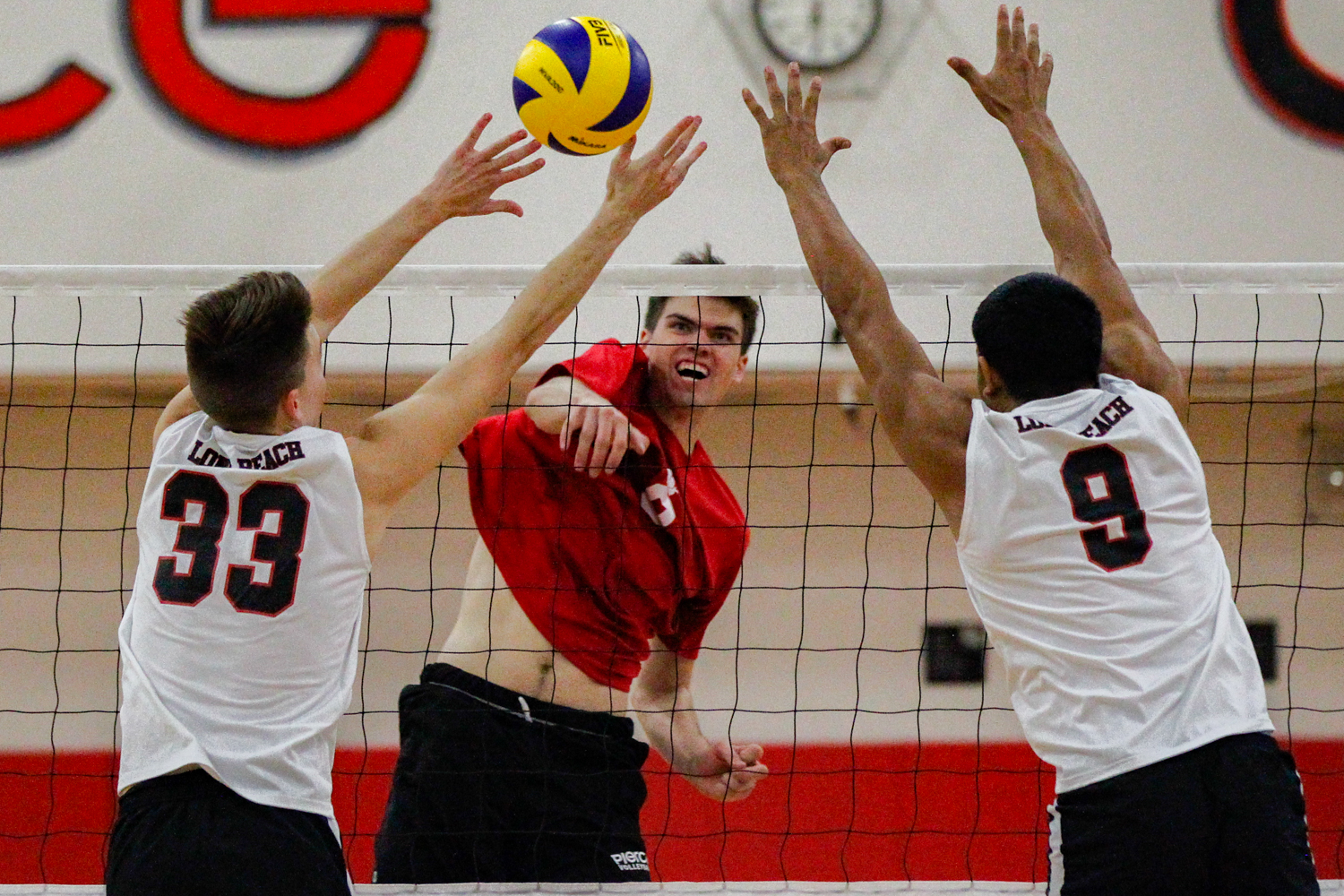 Head Coach Lance Walker said  this was a good game to learn from.

“Today we lost by one or two points. One or two plays and we can go back and we’ll look at that and we’ll learn from that,” Walker said. “It was a very proud moment as a coach and a great learning experience for us and I think it was a fantastic game for all the fans to watch.”

Walker said that the energy of the game and of those in attendance were great even though they lost.

“Today was a fantastic day, and it definitely wasn’t a loss in my eyes,” Walker said. “We may have an ‘L’ in our column now from it, but man it was great.”

Team captain, Bernardo Roese, also said that facing the Vikings was a memorable experience. He also said he was happy the team followed his lead throughout the game, and was very happy to play a team like the Vikings.

“I think it was a really good game,” Roese said. “It’s my second year here and I think it was the best volleyball I saw in two years here.”

Roese said there’s more to learn, and mistakes happened when they were under pressure but that they’re going to get better.

“Next time we face these guys, we might win,” Roese said.

Jayson Moore, opposite hitter said practice helps them get mentally ready for games, but little mistakes affect them. Moore, along Cole Chea and Morgan Wadlow are the team leaders in kills.

“I feel like I’m playing my role on the team. The passing is great. The setting is great, so I’m just trying to do my job as a hitter and get the job done,” Moore said.

Chea said that they treated the Vikings with the same respect they know they would get, and there was no reason to be scared, but fear still played a role in their loss.

“We got a little scared at the end and we shouldn’t have,” Chea said.

Walker said he noticed the fear as well, but in the Vikings. He saw a side of them saying that they may be an undefeated team, but saw Pierce’s potential to beat them.

Vikings’ head coach, Jonathan Charette, said that even though they got the win, his team still has a lot to work on.

“Pierce really tested us tonight and gave us a good idea of how we need to move forward in next week’s practice,” Charette said.

During the game, the official had to step in and warn the players on their behavior and things said across the net.

Walker said they were pushing their opponent just like it should be, and that the official could not take away the players’ energy. He wants his players to play with character.

“I’m proud to represent the guys, and I’m proud that they did that in that fashion today,” Walker said.

Wadlow also said that the team face everyone with the same mentality, no matter the record.

“I think our team is athletic and skilled enough to have confidence against anyone we play,” Wadlow said.

Overall, the team was okay with taking the loss.  Walker said they will be prepared for the next time they face the Vikings, and is confident that his players will be “hungrier” for a win against them.

The Brahmas next game will be on Wednesday, Feb. 21 at El Camino College at 6 p.m.