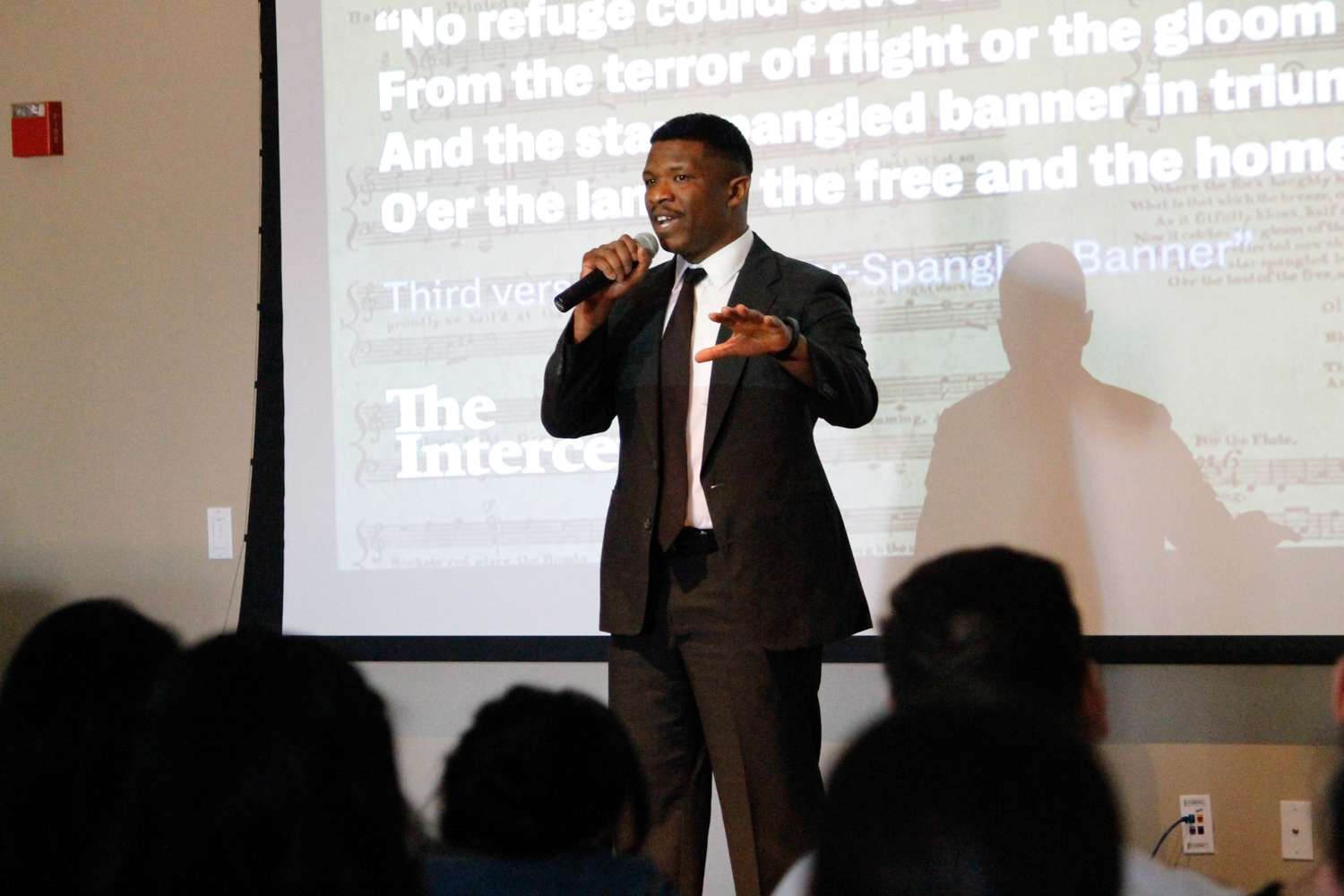 In the middle of controversy, football and politics collided in a heated debate that has addressed racial tension with law enforcement.

Pierce’s Blatigenous club discussed Colin Kaepernick’s protest from a sociological and historical perspective by hosting “Taking A Knee” in the Great Hall Wednesday.

Assistant professor of history Christopher Strickland and Chairman of History, Humanities, Philosophy and Sociology James McKeever were the two presenters that led the event’s discussion, followed by a Q&A with students in the audience.

“As [Kaepernick] is taking a knee, he is really standing up for people and using his silences as a voice in a sense. He is not wanting to talk so much about his own personal experience, but injustice that is happening throughout the nation and even the world at large. I think college is a great place for those types of discussions to be had,” Strickland said.

Strickland said that it was a special experience to be a part of a discussion at Pierce because it is an extremely diverse campus and he embraces the chance to educate people from different backgrounds about Black history.

“A lot of students don’t know about the history of African Americans and that is something that make me feel proud to give a speech here. I want to get more individuals aware of what’s going on in our nation’s history,” Strickland said.

Blatigenous (Black, Latino and Indigenous) is a group on campus that McKeever started with students at Pierce.

The group’s focus is to work on and discuss issues such as racism, sexism, homophobia and a variety of topics.

“We chose those three groups because those are the groups that have the lowest graduation rate, lowest success rates and worst socioeconomic outcomes,” McKeever said.

McKeever said “it takes a village” of people to raise awareness about racial oppression within our society.

McKeever said that events like “Taking a Knee” are extremely important for the education of people on campus.

“The students here deserve the same education that a student over at Cal State Northridge or UCLA would get. If you go to campuses like that, they are having academic discussions where they are challenging students. We need to have those types of things at pierce. Our students deserve that,” McKeever said.

“This activism goes back to 1919 and how athletes now are doing this not just for themselves but for their people,” Lemus said.

Lemus said college campuses should focus on raising awareness about protests like “Taking a Knee” because it could help the campus community become allies for marginalized groups that need more representation.

McKeever said the “Taking a Knee” protest, which spread from the NFL to other athletic organizations and eventually to local communities, is something that will be practiced from generation to generation.

“Once we’ve learned something, it is not up to us to keep it to ourselves- it is up to us to teach it to the next generation,” McKeever said.