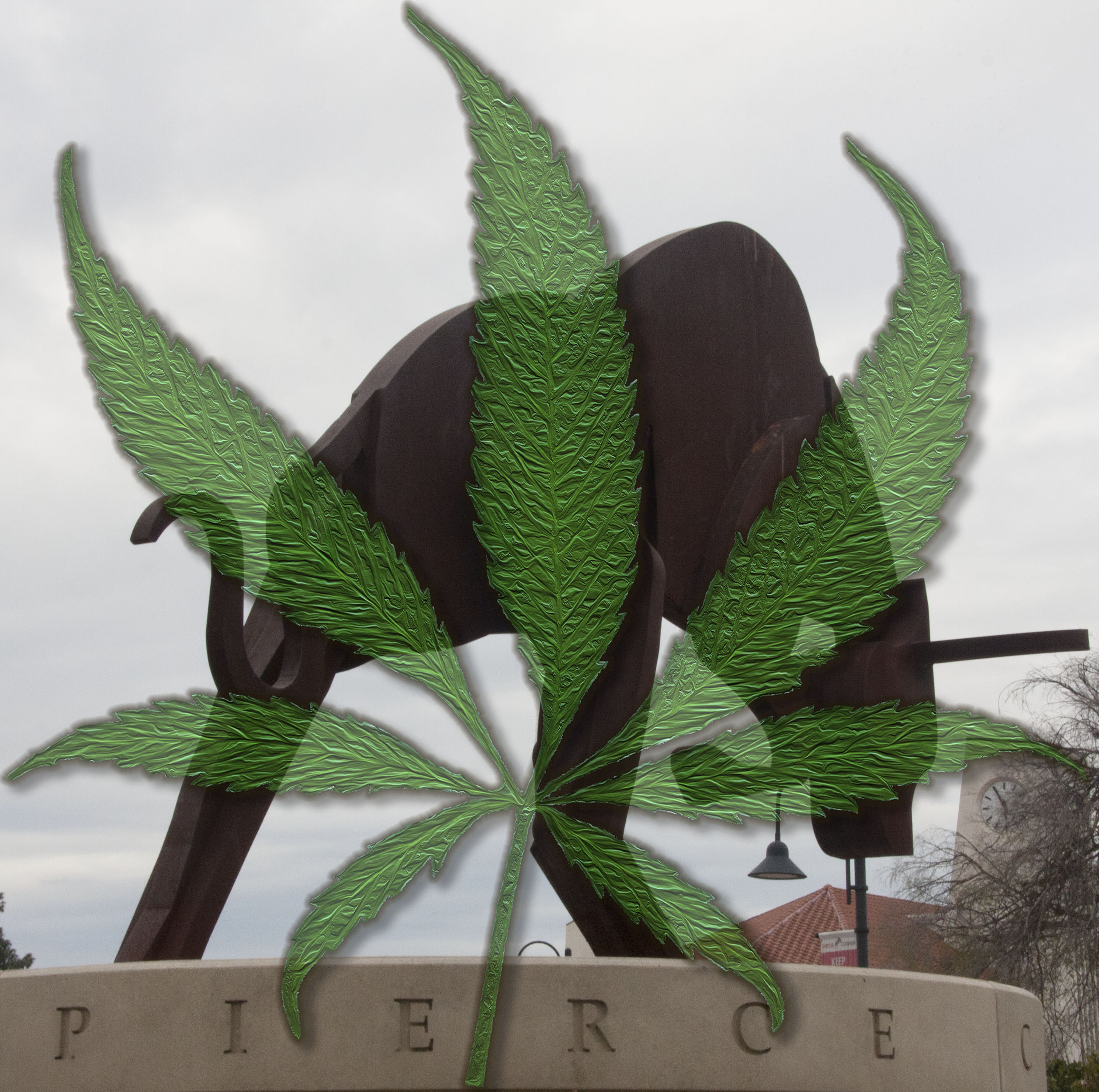 When voters went to the polls last year and passed Prop 64, California legalized marijuana for adults 21 and up, joining seven other states with laws permitting the use of recreational marijuana.

While the Golden State is now green-friendly, marijuana is still a red-flag at Pierce.

“People think it’s legal, but you can’t smoke it in a public place, especially on a college campus,” Deputy Isaac Jorge said.

After the election, before recreational sales even began, the Sheriff’s department on campus made changes to try to nip any issues in the bud.

“Since last year we have been initiating more patrol checks, especially with everything that’s going on. Just high visibility all around.”

So far the patrols have done as intended, with Jorge reporting “no increase in drug related incidents on campus in the last year.”

All forms of smoking, vaping and edible marijuana are included in the regulations programs and are illegal on campus. Health Center Director Beth Benne and her interns have been avidly creating presentations across campus focusing on substance abuse, not specifically on marijuana.

Benne says she is “not a fan” of college students here at Pierce and all across California having the ability to get their hands on the drug, especially with the increased potency seen these days.

“The levels of THC in today’s marijuana is so much stronger then it was when I was growing up,” Benne said. “Many medical professionals, including myself, believe it is even more of a gateway drug than it’s ever been.”

While the number of states with medicinal and recreational laws on the books increases, and opinions across the country seem to move to a more favorable take on marijuana, Benne believes the drug is harmful.

“The evils of marijuana use ride along the evils of tobacco and even alcohol,” Benne said. “They’re all substances that will alter your perception. For me, it’s reassuring to know that it’s illegal at Pierce because Pierce is a federally funded campus.”

Marijuana is still a schedule 1 drug, the DEA’s most serious category of illegal substances. That puts it alongside heroin, ecstasy, LSD, peyote, and Quaaludes as a drug “with no currently accepted medical use and a high potential for abuse.”

According to an article from popsci.com, there are many hoops to jump through in order to perform clinical studies. A DEA license is required, and the study must be FDA approved. When it comes to actually obtaining research-grade marijuana, the National Institute on Drug Abuse is the only place that researchers can go through.

A University of Michigan study has shown that one in 17 college students in the United States smokes marijuana on a daily or near-daily basis.

Nicole Davidson, a Pierce College student and an avid recreational marijuana smoker, is in favor of legalization for the benefits the plant possesses.

“It lets people and college students sleep and relax after a long day of work and school,” Davidson said.

Benne believes the new leniency on marijuana can be attributed to the younger portion of society.

“Your generation might be kinder on marijuana then it’s been on tobacco because this new generation of students feel there’s no harm in the drug, hence the legality of it.”