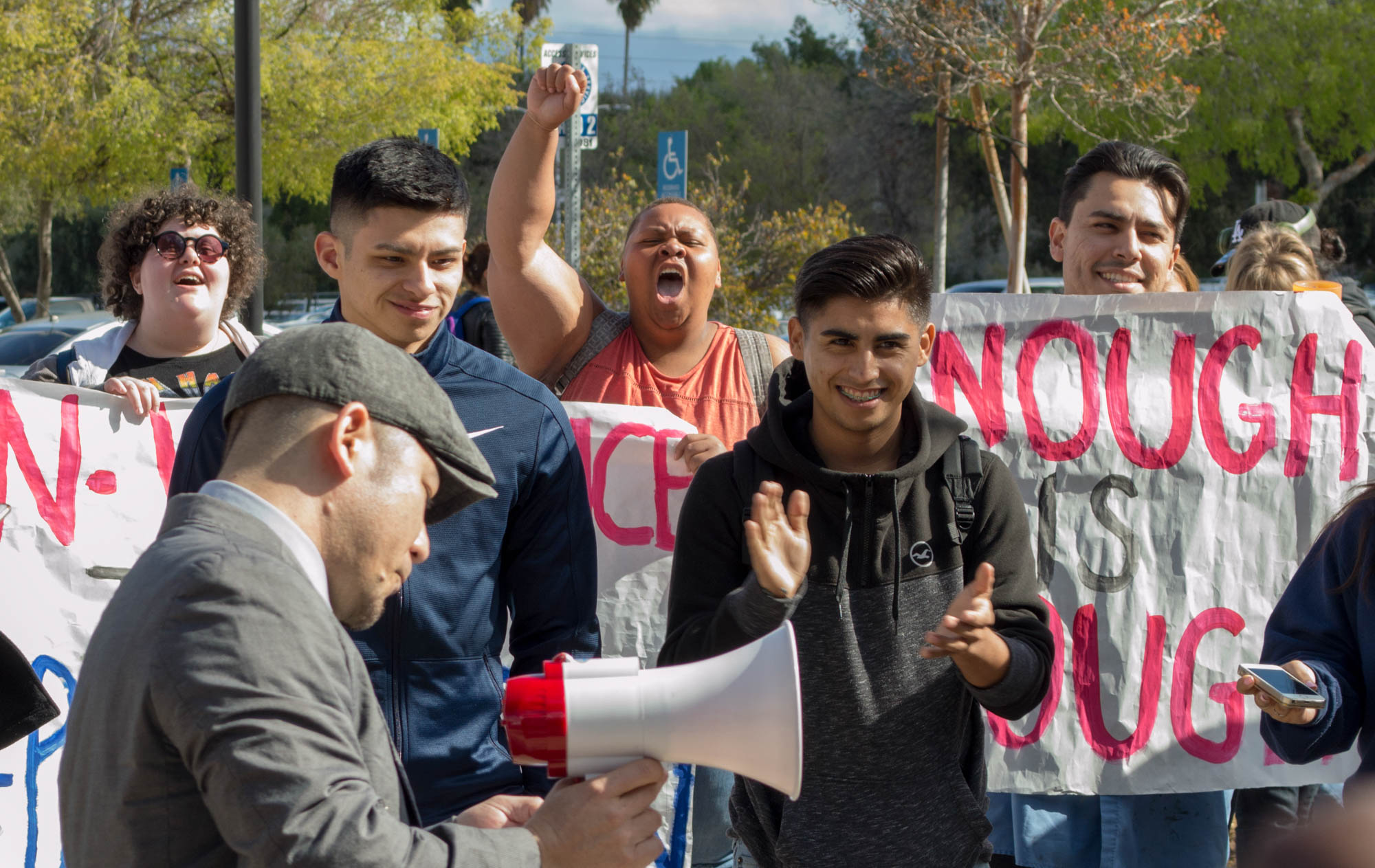 Approximately 200 Pierce students marched on the Mall today to protest gun violence and commemorate the 17 victims of the Parkland, Florida shooting.

Students across the country organized a nationwide walkout at 10 a.m. local time. Seventeen seconds of silence were dedicated to each victim. Students carried signs and spoke during the rally at the Brahma Bull.

“It is really amazing that people are coming out and expressing themselves to really stand up for change. That is the most important part,” Lopez said. “We have our speakers and the support. It shows that we want to end gun violence.”

Pierce President Kathleen Burke observed the rally from a distance.

“I’m not sure most students know who I am, so I’m just here to make sure everyone has their right to free speech,” Burke said.