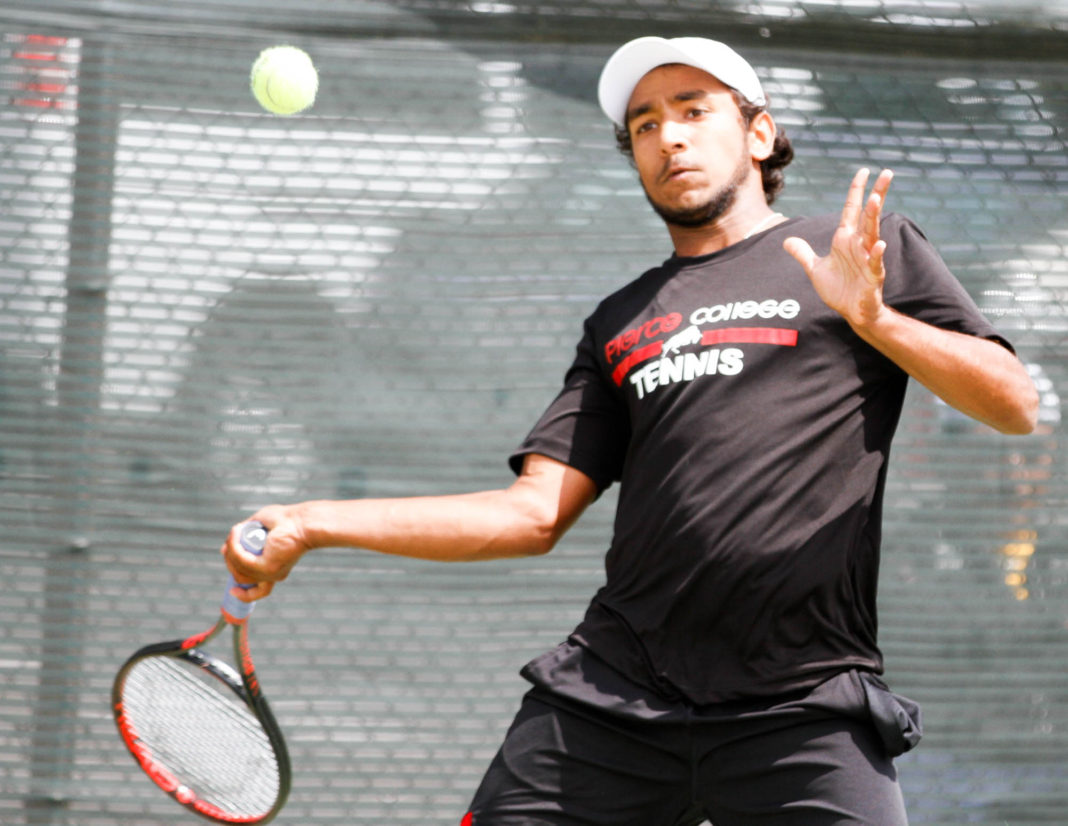 Half of the tennis team made it to the state tournament, but only two will continue past the first day.

Gavin Dail and Darvel Lossangoye both won their singles matches, as well as they defeated their doubles match together.

Siraj Dail fought his way from the round of 128 to the the round of 64 by defeating Foothill College’s Carl Goodfriend, but was ultimately knocked out by Palomar College’s Patrik Trhac.

Siraj and Daniel Vinterfeld took the court only an hour after Siraj’s singles loss to play doubles against College of the Desert’s Joshua Bailin and Jakob Dvorken.

Lossangoye won against Fresno City College’s Chandler Hosepian in two sets, 6-3, 6-2, advancing him to the round of 32.

Tennis swings out at Ojai

The journey on the grand stage for both Christian Ponce and Daniel Vinterfeld came to an end on day one of The Ojai Tennis...
Read more
Sports

Swinging their way to state

The tennis season was a struggle as the team didn’t have enough players and lost every game. However, two players went through the rough...
Read more
Sports

BRIEF: Draw made for Ojai

Christian Ponce and Daniel Vinterfeld know their fate in the 119th edition of The Ojai, which takes place from April 25-28. Ponce will be facing...
Read more
MORE STORIES