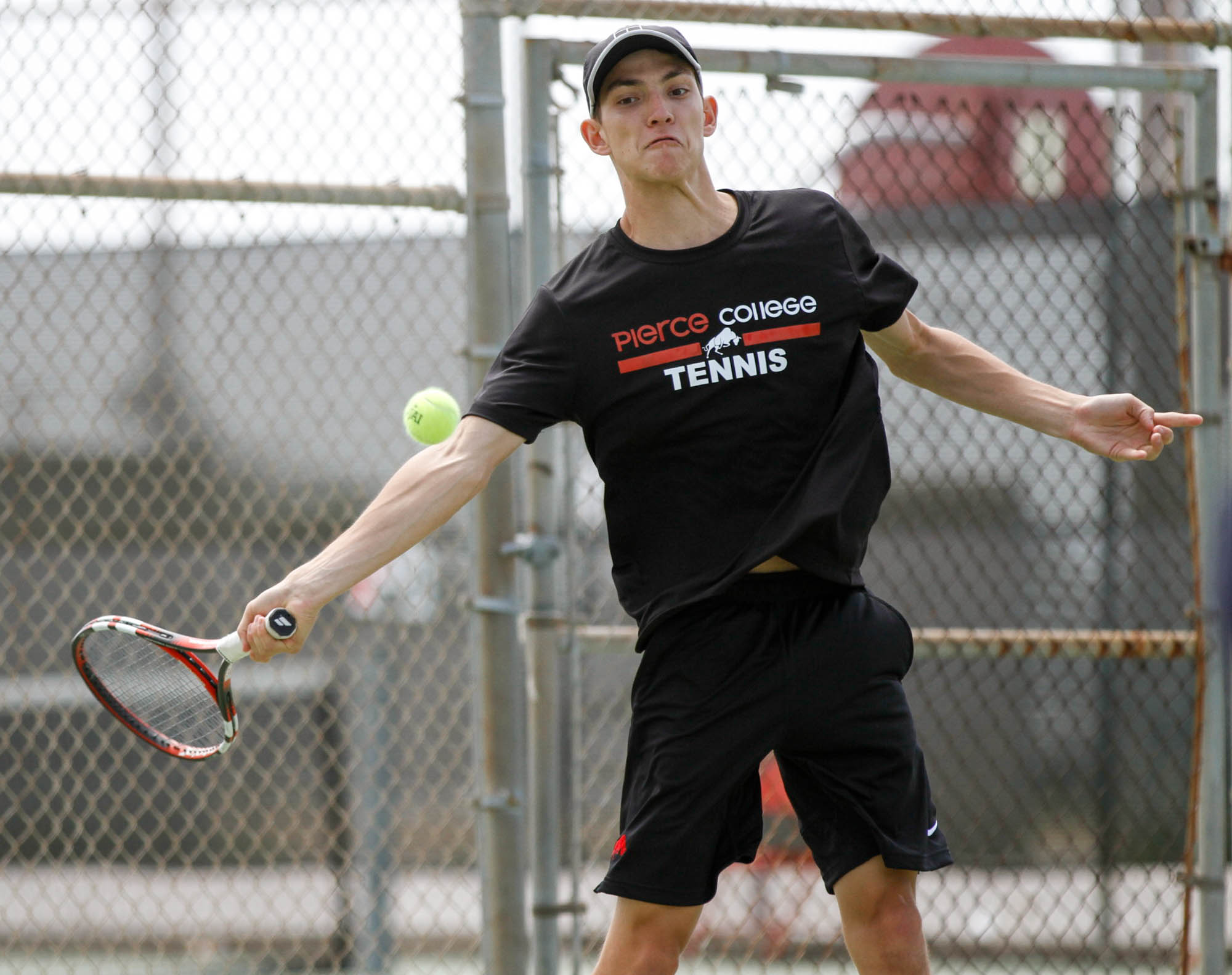 There was Brahma representation as the tennis team took part in the 118th edition of the Ojai State Tournament in both the singles and doubles competition.

The tennis team came into this tournament having their best season under head coach Long Dao.

The Brahmas finished the regular season in second place behind Ventura College with a 7-4 overall record.

Daniel Vinterfeld took part in the tournament only in the doubles competition, in which he and his partner Siraj Dail were knocked out by College of the Deserts’ Joshua Bailin and Jakob Dvorken in three sets (6-4, 2-6 and 13-11).

“Overall I feel underwhelmed. I feel I could have made it further with my partner, but we weren’t able to make it to the round we wanted to,” Vinterfeld said.

Vinterfeld said that competing in the tournament was a great experience.

“We got to meet people from other colleges. It was challenging. The competition was tougher than what we had all season so that challenged us to perform better,” Vinterfeld said.

Vinterfeld said that they could have improved on execution and scoring the big points in their doubles match.

[Siraj] Dail also took part in the singles competition in which he made to the round of 64 when he was knocked out by Palomar College’s Patrik Trhac in two sets .

His cousin Gavin made it further reaching the round of 32 before being eliminated by American  River College’s Paul Bhatia in three sets (1-6, 6-4 and 6-3).

“This was the first time in four years that I went back to the tournament. We got to do other things other than playing tennis. We got to go kayaking and we ate at some great places,” Gavin Dail said. “It’s a different kind of environment since the tournament is 118 years old and its the biggest tournament on the west coast.”

Gavin Dail and Darvel Lossangoye came into Ojai  winning the doubles competition in the Western State Conference tournament held at Ventura College in the first weekend of April.

In the round of 64, they got the win over Mt. San Antonio College’s Matthew Diamond and Brandon Nevarez in two sets (6-2 and 6-1).

However in the round of 32, they were knocked out by Ventura College’s Alex Martin and Jakob Rinschen in two sets (6-1 and 6-3).

Lossangoye also was involved in singles as he made it all the way to the round of 16 when he was eliminated by Riverside College’s Kanye Trustfill in two sets.

“It was my first time going to Ojai. I met different people. I had fun playing and sometimes you have a hard day. I played three matches. It just takes practice,” Lossangoye said.

Lossangoye wanted to go past the round of 16 as his goal was to win the singles competition.

“My goal this year was to win. I didn’t, but I never give up I just work hard and get ready for next year,” Lossangoye said.