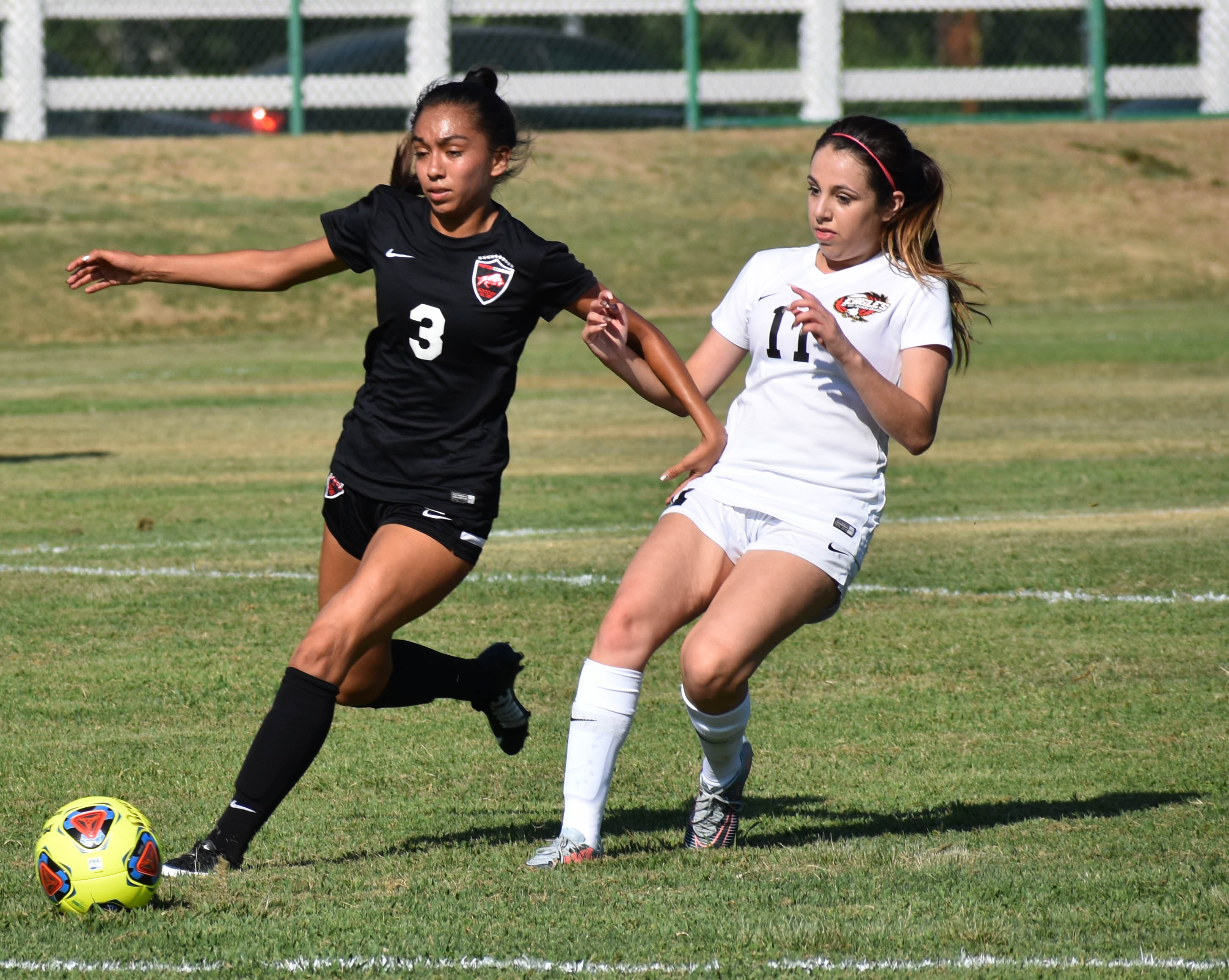 In their season home opener, the Brahmas came back from behind once again to get the win over the Mt. San Jacinto College Eagles.

With the win, the team improved their overall record to 2-0-2.

The Eagles took the lead in the 11th minute, but eight minutes later Dominique Gonzalez tied the game at one.

Back-to-back free kicks by Gonzalez and Jessica Palmer resulted in two more goals to end the first half.

Gonzalez mentioned that she gained confidence since the season opener, and expressed how thrilled she was to play in this game.

“I was kind of nervous at first because the first game wasn’t so good, I’ll be honest, I was kind of slow,” Gonzalez said. “So coming in here I felt kind of confident, it was a home game and it was just exciting.”

In the second half Cristina Peruch-Alegria and Keyonna Hill scored to extend the lead. Hill leads the team in goals this season with five.

Holland made two saves, while Claros and Mojica both had one.

Kerian Neal said the new faces bring more options to the team since most of them just graduated recently.

“The freshmen are fresh legs, honestly, because everyone just basically jumped out of high school,” Neal said.

Perez said the sophomores are experienced and they know what it’s like to be on the team.

“They are awesome, they have been here before, they know what it takes,” Perez said.

Perez was pleased with the win and said  they will make their home field advantage count.

“Winning the first home game is exciting, we are very hard to beat at home,” Perez said.

The Brahmas are on the road when they face Antelope Valley College Friday. Kickoff is scheduled for 5 p.m.