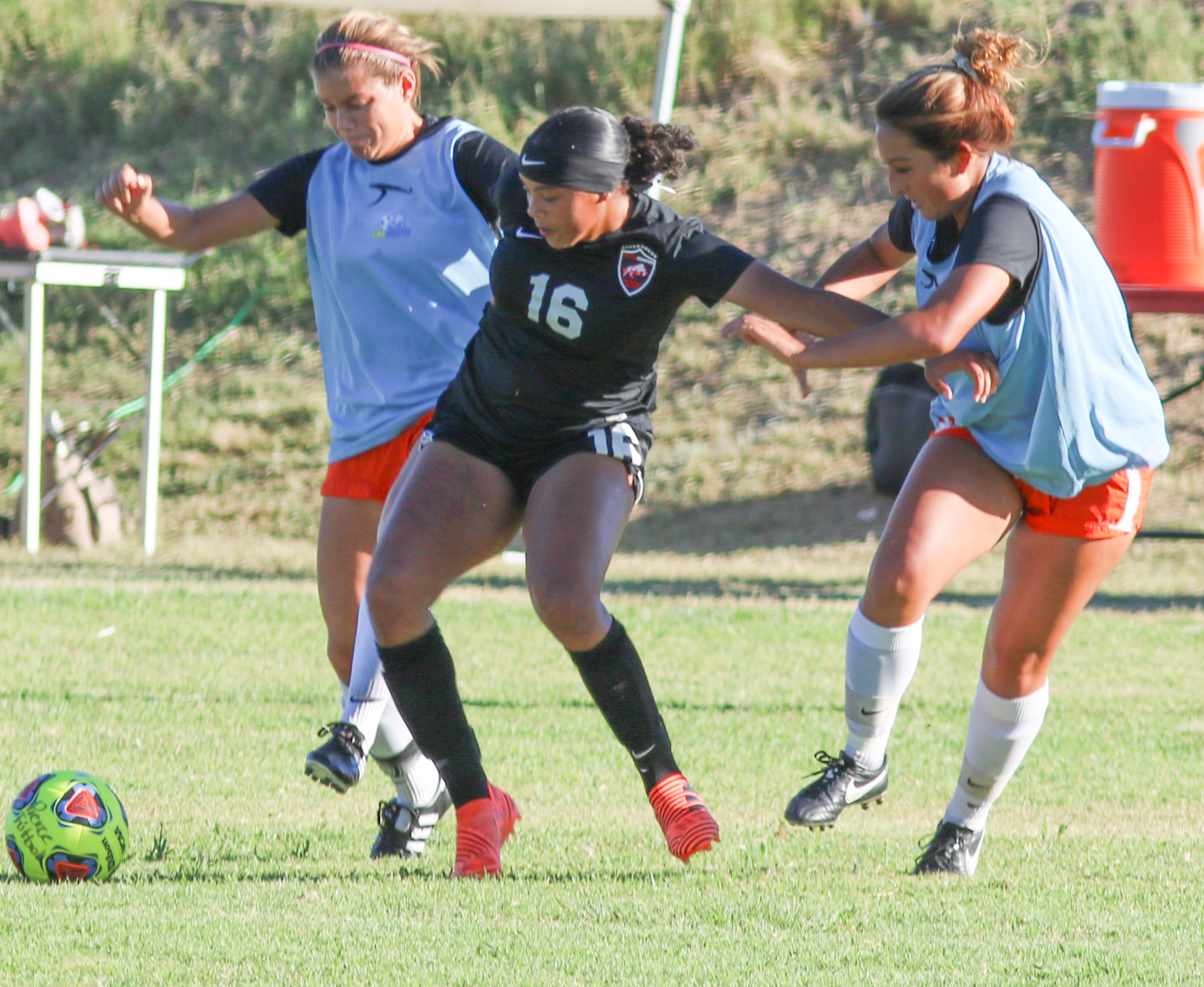 The Brahmas responded to a 3-0 deficit at halftime to defeat the Ventura College Pirates 4-3 at home in the Pit.

Perez was amazed by the game’s outcome and performance of the team.

“It’s been an up and down year but what these girls did today was simply amazing,” Perez said.

Brahmas goalkeeper Valerie Mojica has multiple saves early in the game, but Yamile Mondragon gave Ventura College the lead in the 11th minute.

Audrey Castillo scored the next two, giving Ventura a 3-0 lead.

Halftime adjustments and substitutions proved to be the turn around for the Brahmas.

Hill then tied the game with a sensational strike that gave the Pirates goalkeeper no chance to save.

Conlon finished the comeback scoring the fourth goal of the second half.

The Pirates had to play with their warm-up gear since they forgot their jerseys.

Perez said the comeback against the Pirates was the strongest they’ve had in a long time.

Hill said she was happy with the way the game turned out.

“As a team, the first half we didn’t play our strongest but then second half we all came out and did our thing,” Hill said.

Perez said he was thankful the team pulled through despite its difficulties along the way.

“We’ve had two major injuries already, two ACLs,” Perez said. “We have to shuffle the lineup and put players where they don’t usually play but it worked for today at least.”

Forward Gisell Cruz said the team pushed through in the second half.

“I didn’t think it was over, but I know that if we fought it would be a completely different game and that’s exactly what we did,” Cruz said. “Towards the second half we just wanted it more and when the goals kept coming it was our fuel to keep going.”

Hill said it feels good the team got the win.

“What I’ve learned is that never give up and you always have to push yourself too,” Hill said. “Everybody wants to win so it’s all about the team who really wants it.”

Cruz said the team has time to practice and push hard to better their skills for the upcoming game.

“We have a lot of time to do recovery and still work to better ourselves in the first half,” Cruz said. “In the beginning we weren’t getting the results that we wanted but I know that if we keep pushing and keep playing with heart everything will fall in line.”

Cruz said she has a tight bond with her team and it inspires her to do better.

“When I’m with the girls it’s not even a sport it’s more like a family I come to everyday,” Cruz said.

The next game will take place against Victor Valley College Friday at 7 p.m. at John Shepard Stadium.