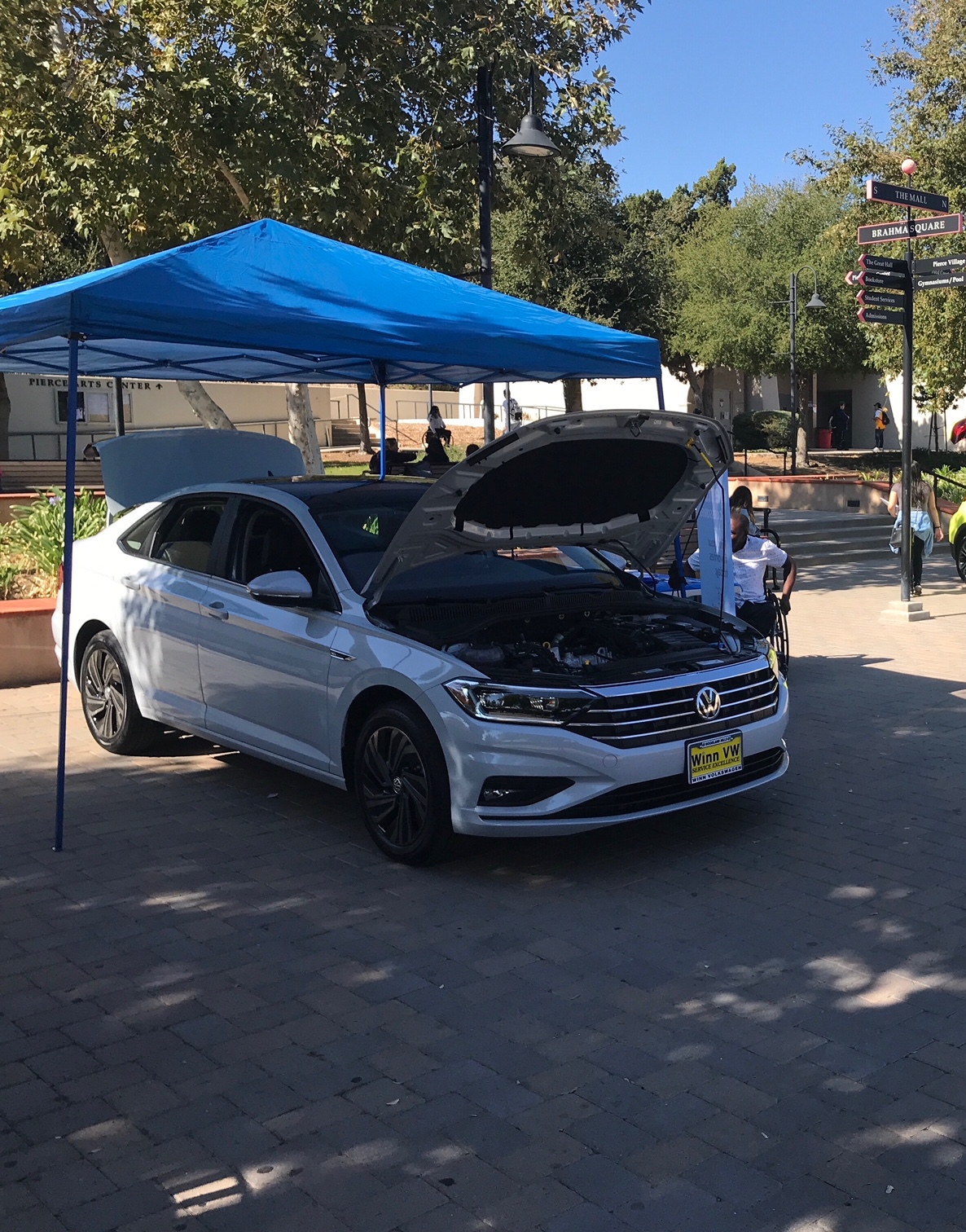 Getting to and from school shouldn’t be as hard as it is at Pierce College.

The Transportation/Mobility Fair gave students unique alternatives to getting to school featuring various services regarding transportation such as; WAZE Carpool app which encourages students to share rides, The Los Angeles Department of Water and Power (LADWP) which hopes students consider going green by investing in electrically powered motor vehicles, the LA Metro which longs to establish improvements to the Winnetka Ave bus route and Representatives from Volkswagen had affordable vehicles displayed as well.

Alvin Santa Cruz an internet sales manager for Volkswagen, had vehicles displayed for students in the market for a new car. The vehicle in particular was a Volkswagen Jetta SEL Premium, according to  Santa Cruz.

“As apart of the Transportation Fair we are giving different options for students as far as cars are concerned. We’re currently presenting these cars because they currently come with 72,000 miles warranty, these cars have high safety ratings and it goes around 40 miles per gallon, so it’s very fuel efficient and a great car all around for students,”  Santa Cruz said.

The fair also catered to students who have to take alternate forms of transportation, featuring a booth dedicated to the WAZE Carpool app.

According to Priscilla Vasquez the WAZE brand ambassador, The WAZE Carpool app is similar to UBER and Lyft which works to minimize traffic and make commutes convenient by sharing rides with people in the area.

“There’s a carpool app and a drivers app (WAZE) where you get to commute with other people near you. Like students, coworkers and many others. You’re saving time, money and you’re helping the environment.”

According to LADWP Representative Ronald Mowrer, electric vehicles are a growing trend in recent years because of its countless benefits to the environment and the convenience of not having to pull over and pump gas.

Mowrer states that the new generation of students have the unique option to further push this statewide trend by investing into electric vehicles.

“As a sustainable practice it’s something we need to move towards, moving off of the reliance of gasoline and into an energy based source. Hopefully the biggest take away is that even if students can’t do it now, they know what direction we’re looking to go.”