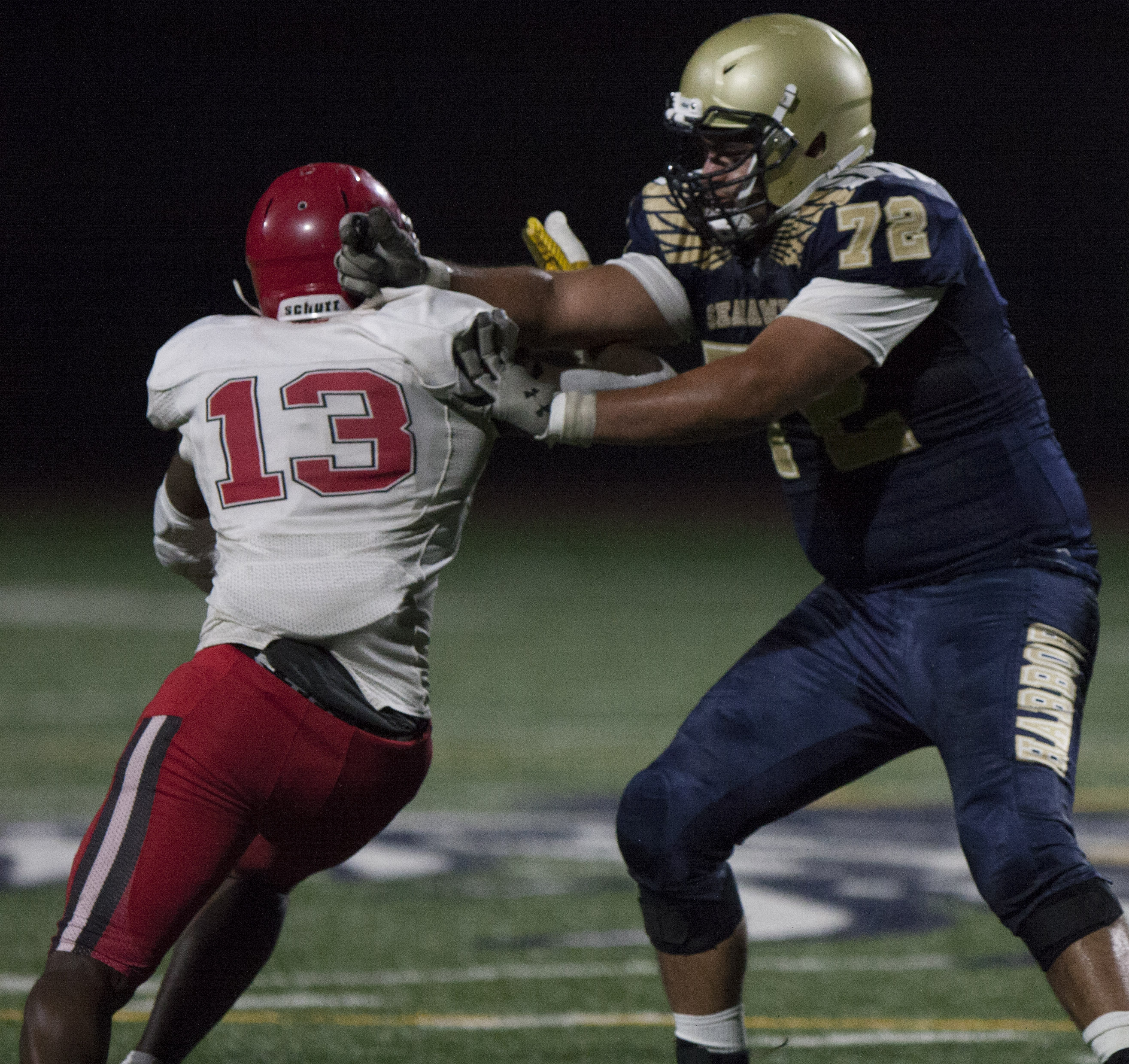 Football continued its hot start to conference play, defeating LA Harbor College Saturday in what proved to be a defensive battle.

The Brahmas move to 3-0 in conference, 5-3 overall, with the 10-3 win, their fourth in a row. While the result is similar to the past few weeks, the scoreboard looks a little different.

The 10 points by the offense is the fewest scored this season, other than a shutout loss to San Diego Mesa College six weeks ago. The Brahmas came in averaging 37 points in the three previous games during the win streak.

“Offense has had our back pretty much the entire year,” head coach Carlos Woods said. “We won two ball games 44-43, complete shootouts. It feels good as a defensive minded head coach to come in and say hey, let’s bear down and support our offense.”

The defense stepped up when it needed to. Defensive ends Sterling Cooper and Eli Sloan-El had two sacks each, and Cooper had one of the two Brahmas interceptions.

“From day one we wanted to be a shutout defense, and we all worked this whole game,” Cooper said. “At the end of the day we’re a family and they depended on me just like I depend on them.”

Both offenses struggled to move the ball. The Brahmas crossed into Seahawks territory just four times in the game, only once in the second half.

That drive in the second half was the difference maker. 10 plays, 75 yards that culminated in a Premire Wilson eight-yard touchdown run.

Wilson made himself known on second down when he broke off a 29-yard run, making multiple Seahawks defenders miss. The run was only his second carry of the game.

“It was an amazing experience. I just had to stay patient and wait for my number to be called and make it happen,” Wilson said.

Wilson added 31 more yards on the drive, and gave the Brahmas a 10-3 lead when he scored the only touchdown of the game.

“We’re just trying to get our playmakers involved as much as we possibly can,” Woods said. “We can mix it up. It’s going to keep the defense off balance.”

Wilson is listed on the roster as a receiver, but he is comfortable in the backfield and hopes to stay there.

“Throughout high school I was an athlete, playing both sides of the ball because of my stamina,” Wilson said. “Running back is my ideal position for this year and throughout the rest of my years.”

On the ensuing Harbor drive, Cooper made his mark for the defense. He had a key sack on a critical third and four.

After a pass interference penalty on fourth down kept the drive alive, Cooper brought it to an end on second down, intercepting Aidan Kuykendal.

The interception is number 13 on the season for the Brahmas, which leads the American Pacific Conference.

The Brahmas are not alone at 3-0 in the conference. Allan Hancock College shares the same record. However, that will change when the two teams face off next week for control of the American Pacific Conference. Kickoff is scheduled for 4 p.m. at Shepard Stadium.