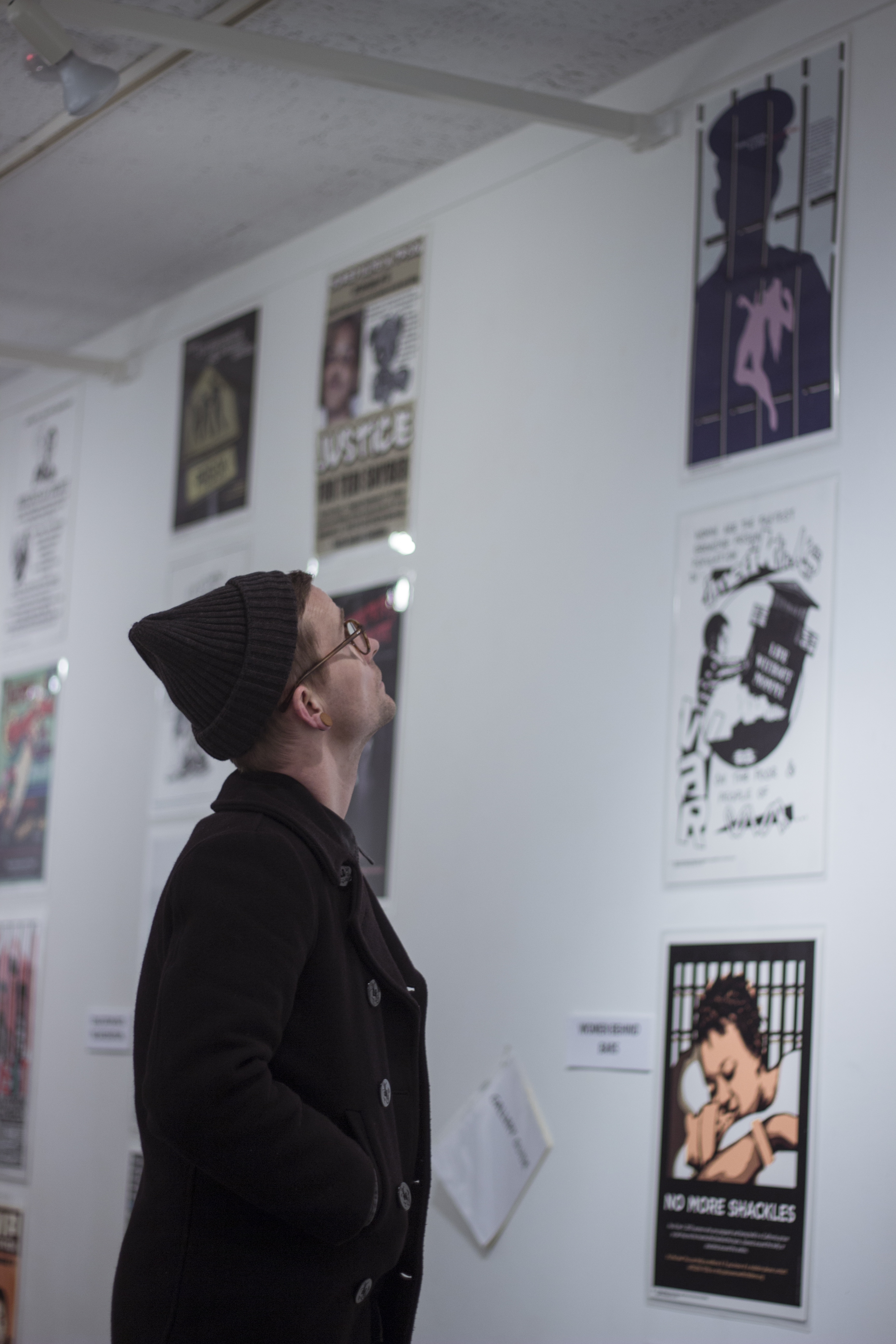 For a country revered as being the land of the free, the United States are home to a broken prison system that, according to prisonpolicy.org, spends $75 billion on incarceration and $65 billion on university education.

Prison Nation: Posters on the Prison Industrial Complex is the newest installation at the Pierce College Art Gallery, which displays over fifty graphic posters from the Center for the Study of Political Graphics examining the effects of mass incarceration.

The exhibit’s theme is in connection with the One Book One Campus program, which selects topics that impact individuals in the Pierce community and encourage social change.

Lisa Valdez, an outreach librarian and One Book One Campus coordinator, said this theme highlights marginalized groups on campus who face equity gaps because of their former incarceration.

“The jail system is supposed to be about reforming people and making them ready for society and giving them an opportunity at a second chance,” Valdez said. “Yet, when they get out, because they have a felony they’re not able to get certain jobs and even some educational paths are unrealistic for them.”

Since the exhibit opened on Feb. 4, it has acted as a visual representation of the effects of the prison system in America.

According to Valdez, approximately 130 people attended the Feb. 14 reception for the exhibit at the Art Garden.

Organized in to sections such as legalized slavery and war on drugs, the exhibit was put together to educate people on the social injustices of mass incarceration.

“This exhibit is speaking out about what we can do to institute change,” Pierce College Gallery Director Monika Ramirez Wee said.

Wee also explained everything in the gallery was designed to help tell the narrative of the theme in a visual way. She said the posters were arranged vertically to mimic prison bars and the ending poster is of a set of keys that spell “FREE.”

Pieces like Crack the CIA are more graphic and designed as propaganda posters that imply strong messages about the prison system. However, No More Shackles is an informational poster that aims to invoke change by encouraging audiences to report the lack of enforcement of a law.

Inspiring change in the current justice system is a main focus of this exhibit, and representing this message of change in a graphic medium will help audiences understand the subject matter.

“With this exhibit, it is giving [students] the visual to think a little bit deeper,” Valdez said. “They might not be able to take it all in and they might now be able to rationalize it all. But we’re having these conversations to make it clearer, to show them this is real and that this is happening everyday.”

The Prison Nation will run until March 29 at the Pierce College Art Gallery.