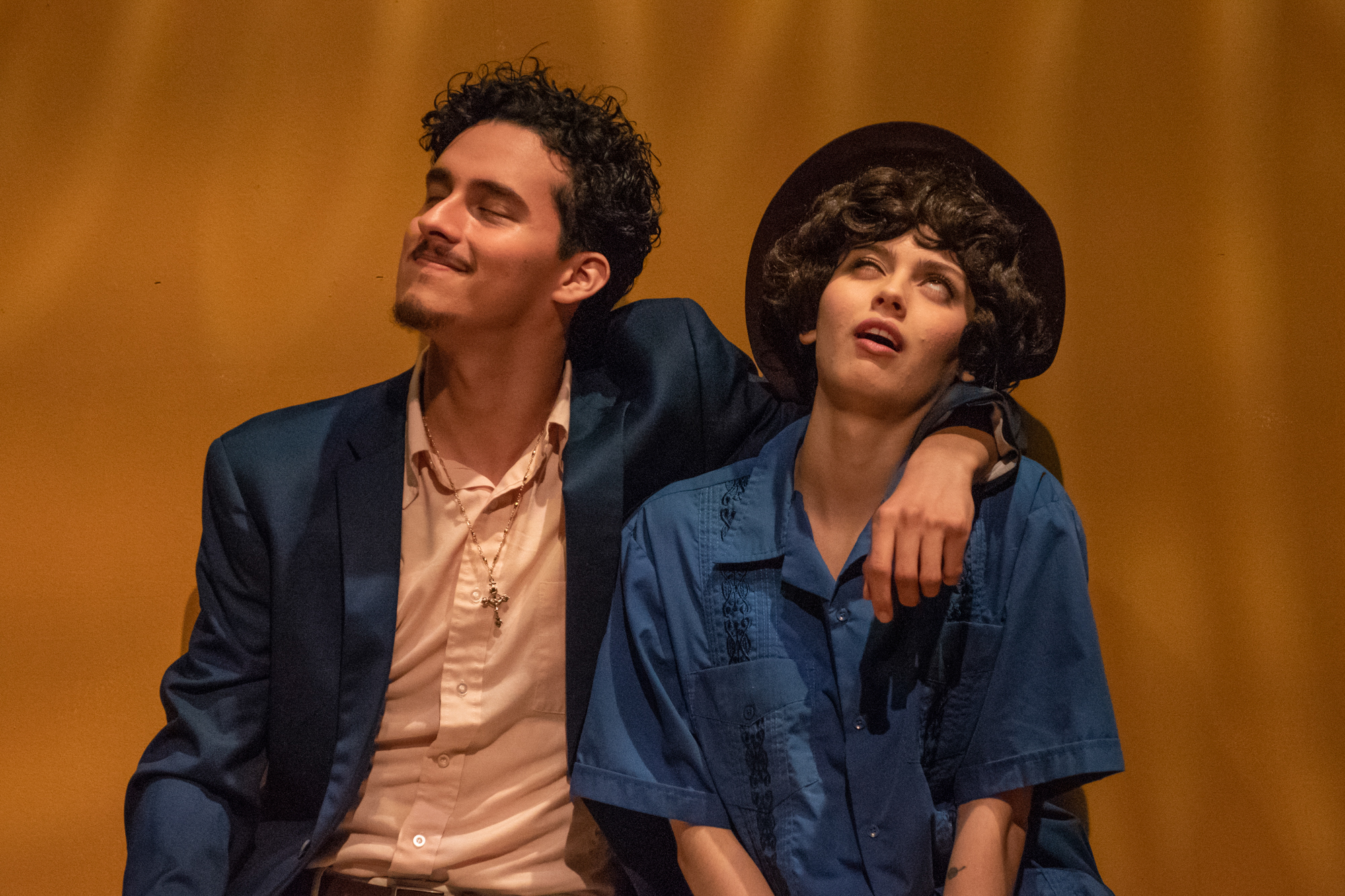 When you begin to imagine the illustrious world of Shakespeare most would see witches conjuring spells and lovers wandering the streets of Verona. It is a world so far detached from our own.

However, when placed in mid 20th century Cuba, the words and follies of Shakespeare become natural and hilarious.

Pierce College’s latest theater production “Twelfth Night” is an absurdist look at social norms in an aristocracy if they were all turned upside down. Directed by Esdras Toussaint, the excellent two-hour Shakespearean comedy runs through March 31, at the Dow Arena Theatre.

Toussaint presented an interpretation to the classic “Twelfth Night” that an inexperienced director wouldn’t by changing the setting. In Toussaint’s take, the play is set in Cuba around 1950.

This choice of changing the setting and timeframe of the production was intuitive because it cultivates a sense of familiarity and relatability to the characters that most younger audiences of today wouldn’t find in a Shakespeare script.

The opening scene of the production is a showcase of Cuban culture. Dancers grace the stage swaying to the sound of trumpet and guitar with a singer (Hannah Quinn) who makes more appearances as a small character, Feste, throughout the play but takes importance in the opening and closing sequences of the show.

Singing by Quinn is delightful and the dancers who accompany the band set the scene of Cuba as a place of enchantment and wonder.

The set design by Frederica Nascimento conveys the neon color in architecture that is often associated with Cuban building aesthetics. This design reoccurred stylishly throughout the play and gave credence to every location used in the story.

The first story we are introduced to focuses on Viola (Michelle Johnson), a woman who washes ashore with a lost memory. She disguises herself as a man in order to get work but is hired as a servant for the vivacious Orsino (Angel Villalobos). During her tenure serving for Orsino, she falls in love with him.

In one instance, Orsino and Viola sit and listen to a band playing romantic music in Orsino’s quarters. Viola is enamored by Orsino, staring at him. Orsino begins to reciprocate this tenderness by placing an arm around her. Viola then makes a move, she hilariously slaps her hand on his thigh.

Observing the awkwardness in sexual advances between Viola and Orsino, played cleverly by Johnson and Villalobos, is one of the more amusing moments in the production.

We are then introduced to Olivia (Alexa Maris) who portrays a proper and lordship-like character, having maids and servants on command. Among Olivia’s confidants, we are introduced to Malvolio (Scott Kriloff) who is a servant to Olivia.

Malvolio is one of the shining stars when it comes to the comedic elements throughout the production. Kriloff plays this character similar to an antagonist in a Disney princess movie. He snarls and speaks with such conviction that you hope in the end he gets his comeuppance.

Viola is sent by Orsino to woo Olivia to notice him. Instead, Olivia falls in love with Viola, not knowing she is actually a women. Reactions to the wildness by the sexually aggressive Olivia by Johnson are laughable, while Maris plays this forceful, hyperbolic and crude woman, who is supposed to be an idol of class, equally enjoyably.

Lastly, staying with Olivia is her uncle Sir Toby (Jon Michael Villagomez), who is encouraging Sir Andrew (Spencer Sharp), his drinking-companion and source of funds, to attract Olivia.

While carousing with Olivia’s fool Feste late one night, they quarrel with Malvolio, and with the help of Olivia’s maid Maria (Michelle Sanchez) and another one of Olivia’s companions Fabian (Tomas Ciriaco), they decide to trick him. Maria writes a letter to Malvolio, forging Olivia’s handwriting, to make Malvolio think Olivia loves him.

In a classic comedic trope, Malvolio reads the letter aloud with Sir Andrew, Sir Toby, and Fabian watching close by, posing as statues to remain invisible to Malvolio.

The physicality of the three actors as Malvolio reads aloud was evident throughout the scene, providing comedy in how they remain out of sight.

At one point, Fabian is posted on the floor where a bench once was. Malvolio sits on Fabian’s back. The other two scramble to relieve Fabian. They grab the bench and, like out of a cartoon, they bash the bench under Fabian and Malvolio doesn’t even notice.

This scene showcases something that Toussaint added plenty of slapstick comedy throughout the production, which is unlike what’s found in a traditional Shakespeare play. But how Toussaint uses this brand of humor, it completely works by adding a layer silliness to an originally highbrow play.

“Twelfth Night” hopes to smack a big punch in comedic value, but in a play that is centered in Cuba with dialogue that’s rarely used today, Toussaint succeeds at making a play enjoyable for all adult audiences.

The impressive comedic intelligence from the cast and the exceptional lighting and stage design paired with classic comedic tropes tastefully used throughout “Twelfth Night” will show audiences why Shakespeare isn’t only the king of drama, but comedy as well.

You can still catch “Twelfth Night” Friday and Saturday, March 29 and 30 at 8 p.m. and a matinee on Sunday, March 31 at 2 p.m. Tickets are available at www.brownpapertickets.comShake