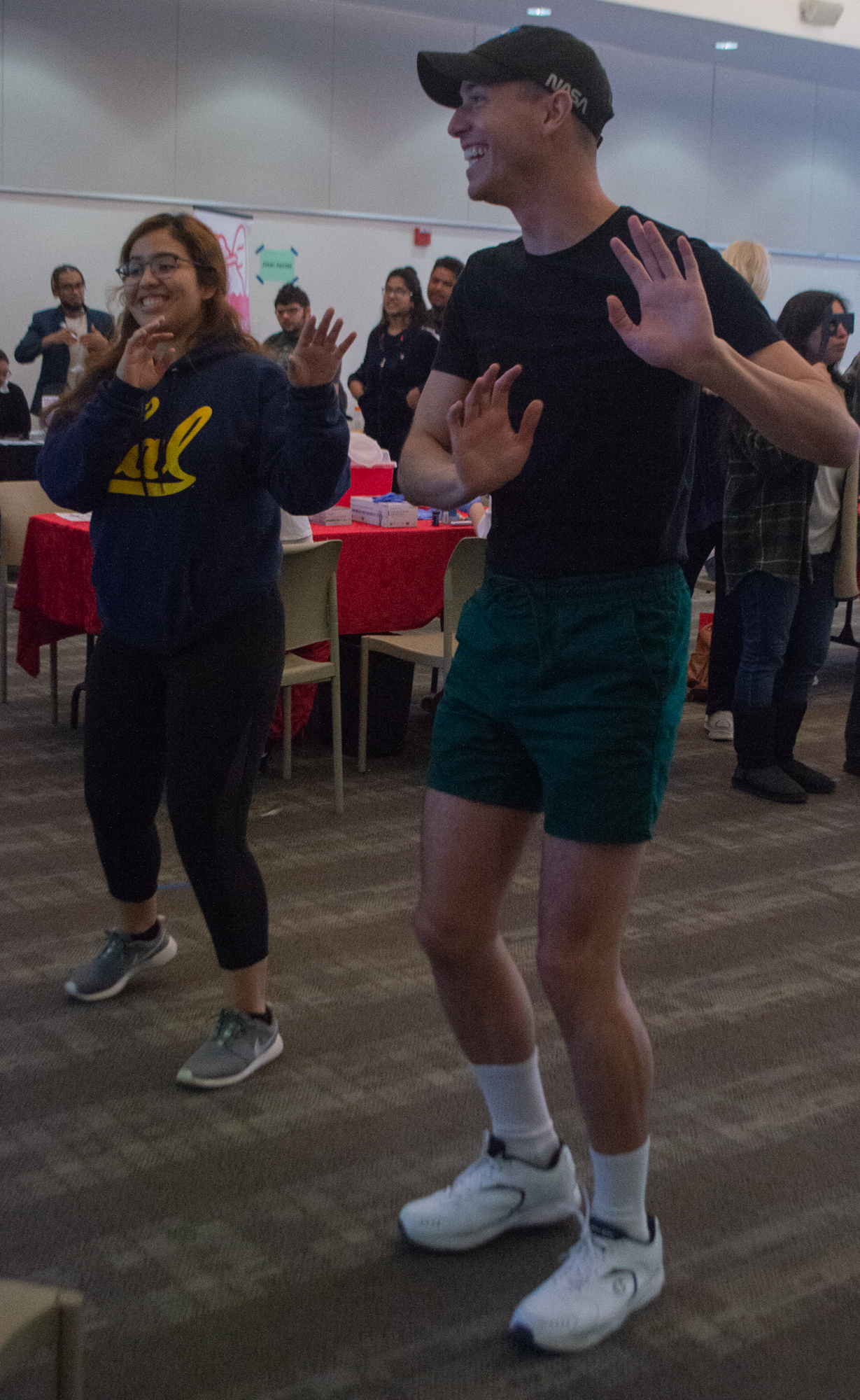 Pierce held its annual Student & Health Wellness Fair on Wednesday, which featured 14 booths dedicated to covering mental or physical health. At each booth, students could participate in different tests and exercises.

One booth, dedicated to lung health, had real pig lungs on display. One lung was healthy, and another was dark black. Each lung would inflate, showing how a healthy lung and a non-healthy one differs in pace and pumping.

Dani Brown, an intern from California State University, Northridge, said that the display shows students the damage that smoke can do to lungs.

“We show them the non-smoking pig lung versus the smoking one. They’re really intrigued at the stark difference,” Brown said. “We’re talking to [students] about prevention that way this doesn’t happen to their lungs.”

There was a wide variety of tests that students could get, such a blood-pressure readings, eyesight tests, and nutritional advice based on a students Body Mass Index.

Rudy Alvarado, another intern from CSUN, said that their goal was to raise awareness to the damage that any kind of smoking will do to the lungs.

“Any smoking in general is going to be bad for you. Even second-hand smoke is bad for you and you’re not even inhaling the smoke,” Alvarado said.

Tiffany Gale, a nursing major, was intrigued by the display.

“I think watching the lungs inflate was kind of cool,” Gale said. “It was gross and awesome at the same time.”

Another booth was dedicated towards mental health. Naysan Malakouti, one of the post-doctoral interns who works at the Student Health Center, said that he hopes more students can become aware of the support that is being offered at Pierce.

“I know a lot of students here don’t even know that we exist,” Malakouti said. “It’s important to know that there’s support for anything students are going through. Knowing that they have this additional support outside of their family and friends is a good thing to have.”

Brance Grace, a human-behavior science major, said that he learned a lot by attending this event.

“[The event] helped me focus on my health, and on how to change myself and my life,” Grace said. “It was a very educational experience. I enjoyed every bit of it.”

Steven Tan, a psychology major, said that he was going to start improving his health after taking a blood-pressure test.

“I found out that I have high blood pressure,” Tan said. “But I can improve [my health] now that I know all this.”

Adriana Flores, an undeclared major, was glad that she came to this event.

“I got to see my BMI, and got my blood sugar and blood pressure checked,” Flores said. “Some people don’t go to the doctor to get this stuff checked, so I think this event is very important.”

Discussing mental and physical health is very important in this day and age, so much needs to be talked about and have people feel like they can open up when they need to. Alternative medicines are coming to the forefront now and are being seen as saviors to those who are struggling. Herbal supplements and derivatives that have been used in vast amounts because of how many are struggling. Read more about this over at mushroomz.co and see what possibilities can be had by using these.