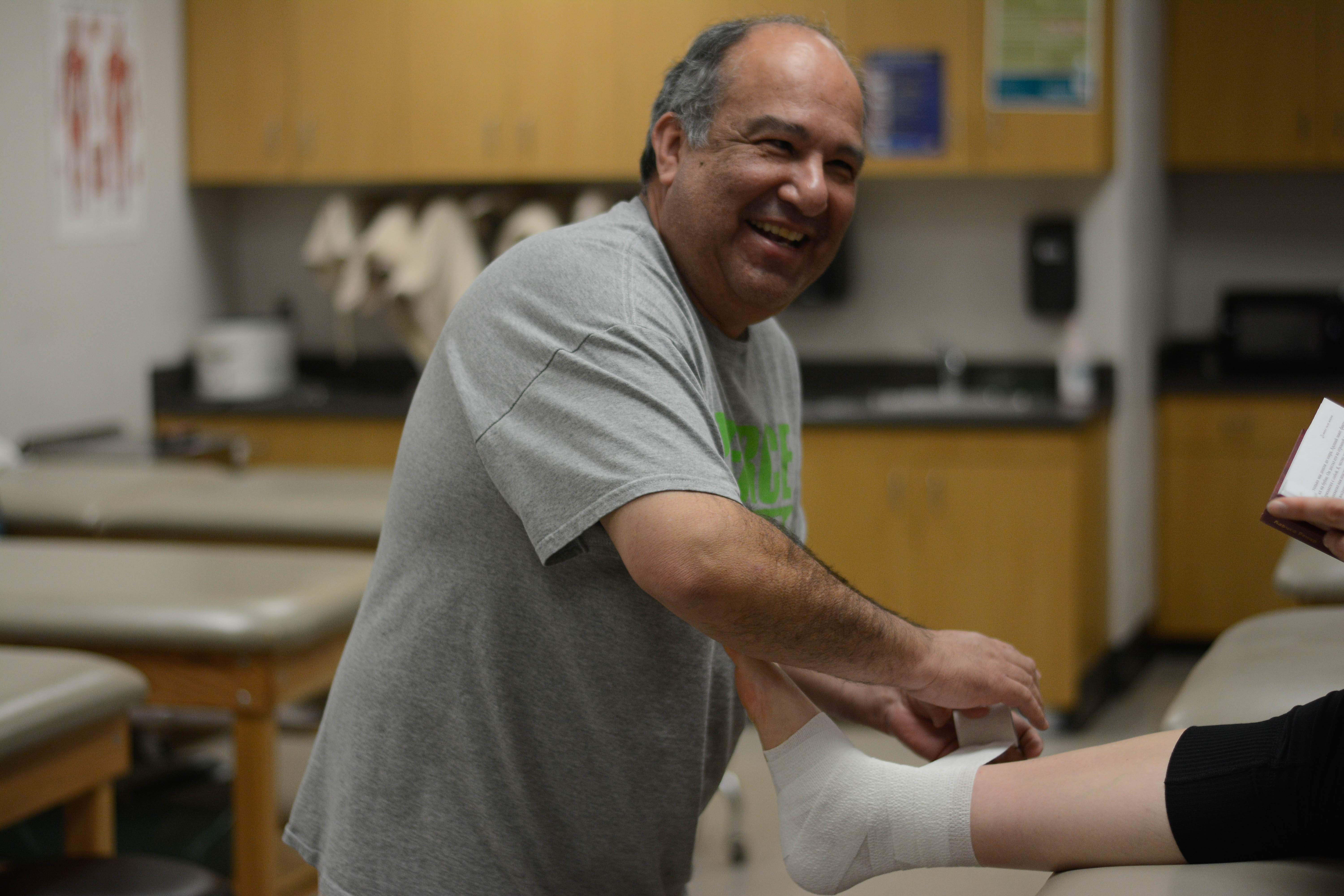 Michael Jordan and the Chicago Bulls 28 years ago won their first title against the Los Angeles Lakers to start a dynasty like no other.

“I can say it has been rewarding and it’s definitely a job that I enjoy coming to. I think that maybe some people go to work and they don’t like their job and they just want to get out of it and for 28 years I’ve never thought that,” Ramirez said.

In 2016, Ramirez was inducted into the Pierce College Athletic Hall of Fame. He was enshrined along with head soccer coach Adolfo Perez, former athletic director Bob Lofrano, umpire Jim Wolf just to name a few of the inductees.

When asked about this accomplishment Ramirez was humbled and thankful for the recognition.

“It tells me that some people at least recognize what I’ve done. I mean, it beats a five year pin or a 10 year pan or a 15 year pin saying, oh, thank you for your service. Whereas doing something like this, people actually in the community recognize you for what you’ve done,” Ramirez said.

Ramirez said the job took up much of his time when he first started.

“My first three or four years, I was working seven days a week during the fall. Because you’d work Monday through Friday, you have football on Saturday and then the bumps and bruises from the game on Sunday,” Ramirez said.

Ramirez said all unexpected  injury led him to athletic training.

“Well I was first interested in physical therapy, but then when I was going to junior college I got hurt running cross country and track, so I went and saw their athletic trainer and that’s where I got interested in rehab for athletes,” Ramirez said.

Ramirez works alongside Rob Horowitz who was an athletic trainer at Los Angeles City College for 20 years. He is entering his 5th year working at Pierce.

Horowitz said the two have a great bond and that  carries over to their work.

“Our athletes refer to us as the odd couple, so it’s always, always something going on,” Horowitz said. “It’s always an adventure with Lenny. It’s just funny, we play off each other’s jokes real well and we work as a pretty good team. While I usually take care of the more practical side of things, he’s a better pencil pusher than I am, without a doubt.”

Student Aliaksnandre Rudzko has been positively impacted by Ramirez’s influence.

“He’s an energetic person that inspires me to do well every day. And he’s also very passionate about work, when I was messing up and making mistakes he would nicely correct me without yelling, which is very important for me,” Rudzko said.

Being energetic is a must with a schedule like Ramirez’s.

“I get here at 10:30 a.m., I fill up the cold whirlpools for treatment. While that’s filling up, we’re checking the emails for work from the day before or looking at the calendar to see what we’ve got going on today. Then the doors opens at 11 a.m.” Ramirez said.

From there, Ramirez will be busy either treating athletes that just got out of practice or filling up injury reports for each team that is active that semester.

As for the future, Ramirez plans on quietly going about his work and when it’s time, he wants to enter retirement as his fellow colleagues did.