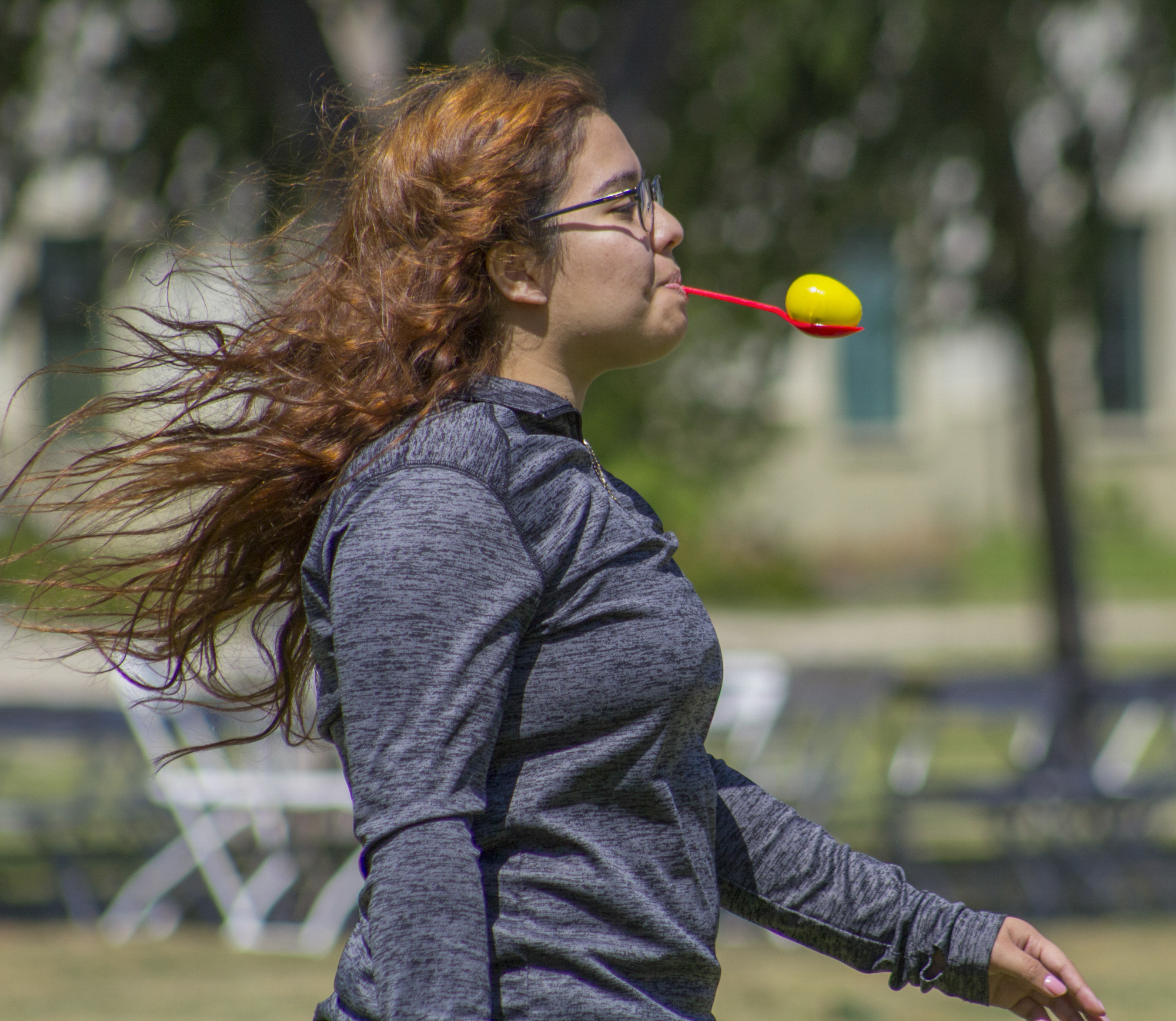 There may not have been any gold medals or torches held high, but there were a few broken eggs and twisted ankles at the Club Olympics.

The event included a series of games, such as an egg relay race, a balloon toss and a three-legged race.

ASO chair Nicole Alfaro said it has been decades since the clubs joined together for an event like this.

“The last time we did a club Olympics was actually 20 years ago. I was like, we need to bring it back,”Alfaro said.

I.D.E.A.S club member Karina Villegas said that the $200 cash prize was what motivated her and her teammates to compete in the olympics.

“What motivated me was the price because we’re trying to earn money so we could have t-shirts for our club,”Villegas said.

Villegas was optimistic that they would at least place in the top three.

“I feel like it may be a bit competitive because we are going against the running club and they seem very fit,” said Villegas. “I expect to at least get second or third.”

The three winning teams were to race in a triathlon which was a combination of all the games.

President and founder of Engineer Club, Joey Glasser said he enjoyed the event and was happy to participate in it.

“I liked how inclusive it was. You know, everyone was working together. There was no hard feelings. If someone lost everyone was a good sport about it, and that’s always a good thing,” Glasser said.

Glasser said he and his club will be using their prize for future projects.

“It’s definitely going to go towards building some projects, we are the engineering club so we do build things. We’re just going to have to come up with something very intricate,” Glasser said.

Alfaro said that this event was meant to bring unity to all the clubs at Pierce.

“This event is important because we like to bring clubs together,” said Alfaro. “We just wanted to like kind of say thank you but in a fun way and like make them compete against each other to win up to $200 today for their club.”

Alfaro wants all the clubs to feel welcomed and that there is help when they need it.

“We want to get to know them better and make sure clubs understand that they shouldn’t be afraid to approach us were here for you,” Alfaro said.

Alfaro is hopes that the club olympics because an annual event to better help all the clubs.

“I’m wanting to make this a yearly thing,” said Alfaro “I do want to make sure whoever is chair continues this and as well as,the therapeutic puppies that were bringing back again this semester.”