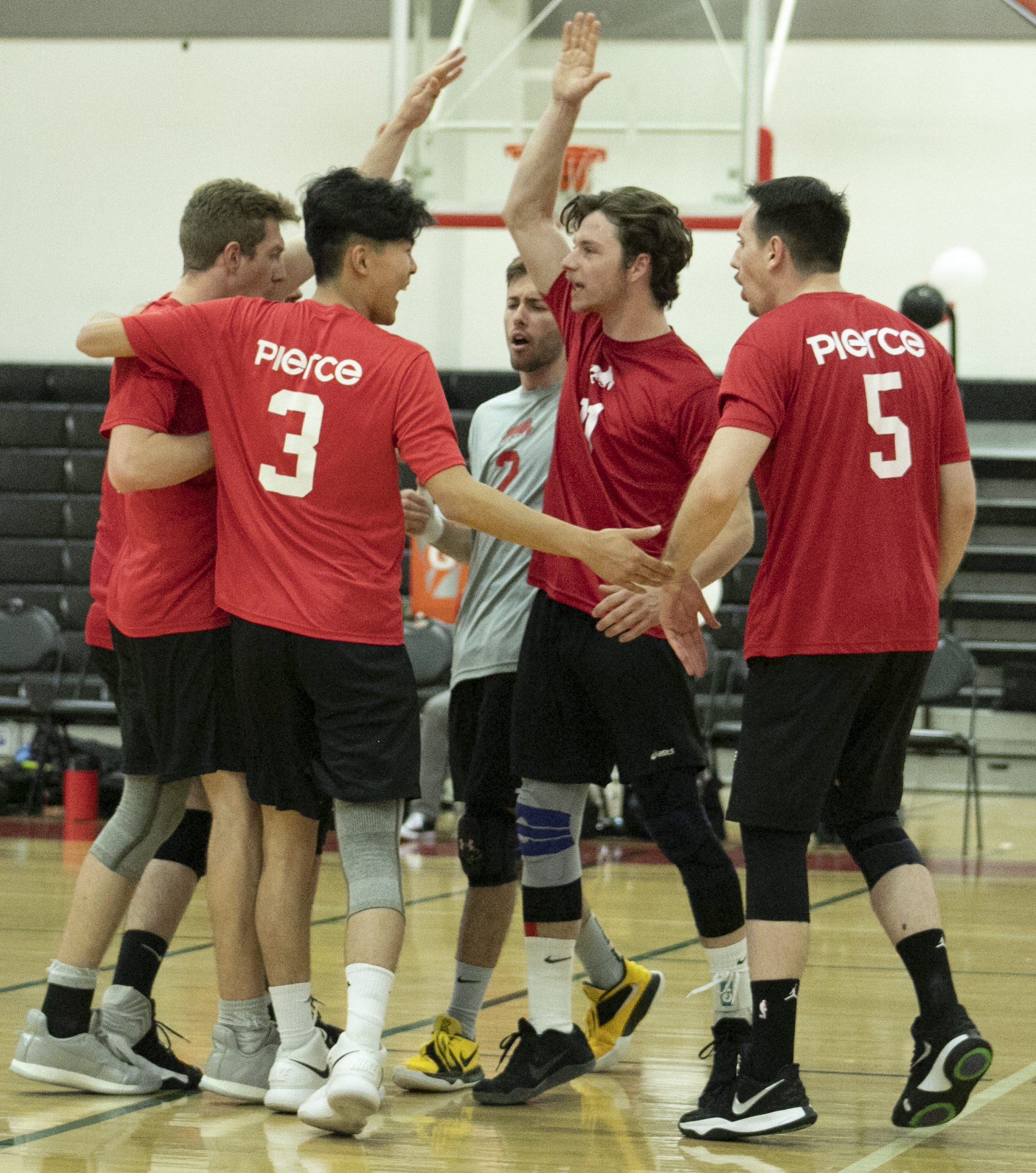 Men’s volleyball last season won their eighth state title in program history being their first in 15 years. However, when you have players leaving, new faces coming in and changes on the sidelines things can get difficult.

For the Brahmas this year, their title defense didn’t go as expected as they finished the season 3-13 and 1-11 in conference play.

Daniel Grogan, libero, said that playing for Pierce has made him push himself.

“The volleyball team gives me a place to work hard. It lets me know that I’m working at something and improving,” Grogan said.

Edison Zhou took over the men’s volleyball program during the offseason when Lance Walker decided to step down as he would become a father for a second time.

In a rematch of the championship game, OCC got the win over the Brahmas in the first game of Zhou as head coach.

After three games, the team was 1-2 to start the season getting a win at Fullerton before losing to the Irvine Valley College Lasers.

Grogan said the season didn’t go as planned, he said that it was a combination of a few things.

“We lost so many guys; we would start off with a win, and then start hitting hurdles,” Grogan said. “We had high hopes for that season and we got frustrated. We definitely had leadership though; Grant [Degrasse] and I and of the others held the team together.”

Grogan led the Brahmas in digs with 98, while Gene Kim, setter, had 40.

The Brahmas for their conference opener lost to the Long Beach City College Vikings in straight sets, but bounced back to get the win over Antelope Valley.

After the Golden West game, things would start going downhill for the defending champions. They would go on a nine-game losing streak only forcing a fourth set on three occasions.

Grogan has stated though that this year, there has been a much bigger effort to recruit new talent onto the team so that the next season will be much better.

“A couple of big things would be recruiting and going to offseason and non-conference games to practice. It makes a difference and gives you a better understanding of the game,” Grogan said.

Kim said that he came to Pierce and joined the team based off of the alumni who had a good experience here.

“I think this next season, we have a lot of potential. We had a bare bones season this past season, so we have been recruiting heavily,” Kim said. “The coaching style is a lot more organized.”

Kim led the team in assists with 178, while Grant DeGrasse had 84 kills.

Kim said that the team will prep for next year and hopes that there is a massive improvement.

“I couldn’t wait until next season though; I knew we had a decent line-up coming in,” Kim said. “I love to play passionately with heart. Now, we’re going to have more talent. We don’t need it, but having bodies (players) will be enough for us.”