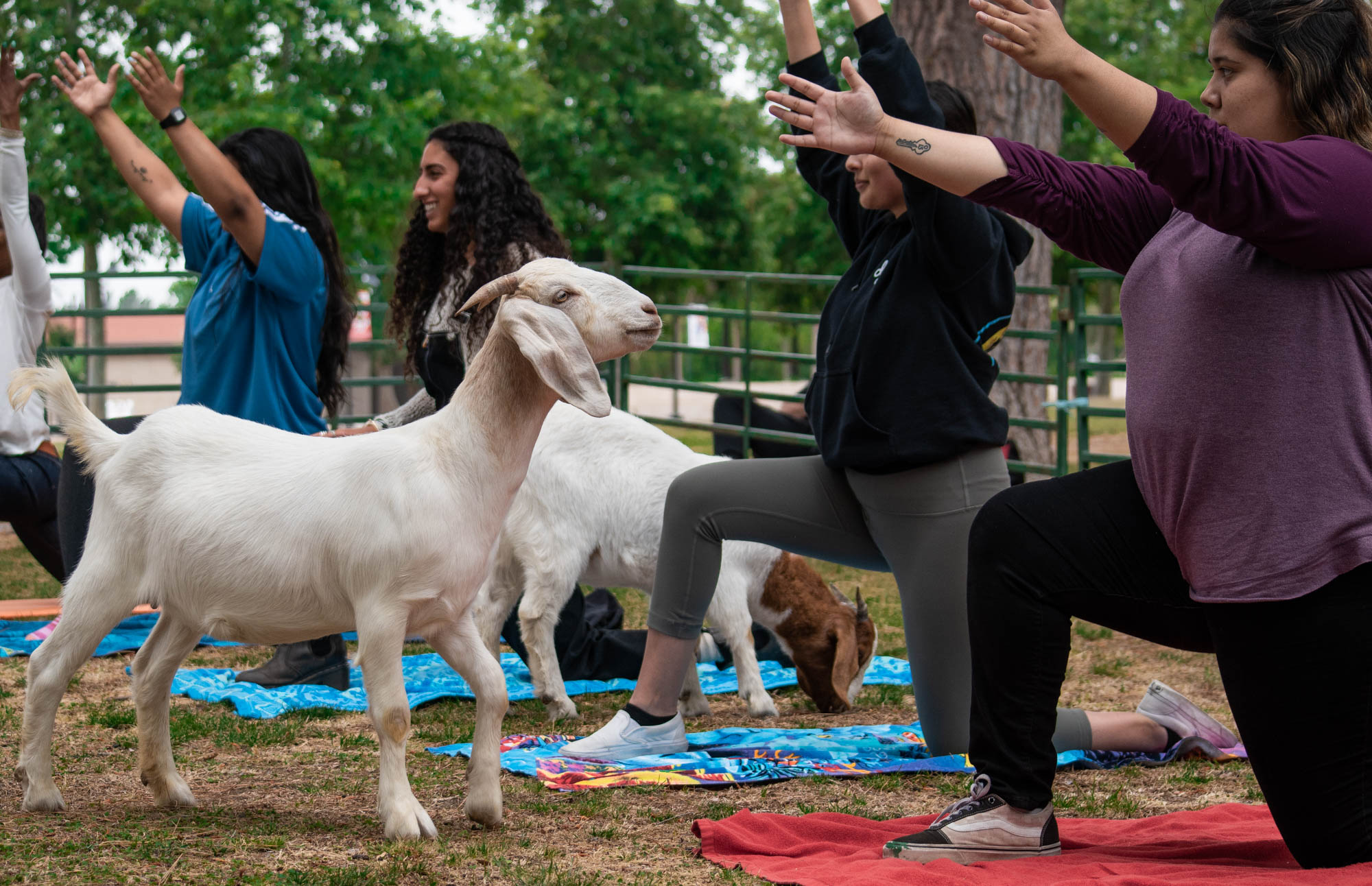 Pierce College may not have a petting zoo, but that doesn’t mean you can’t do yoga with goats.

Now in its second year, the goats from the Pierce farm are participating in exercise alongside students, beginning with a two-hour goat yoga workshop Monday, May 13, as a way to relax  before final exam week begins.

“I really like yoga myself, and I had seen it starting to become really popular, so I brought it up to one of the students that it would be really cool to do some goat yoga here,’” Carcamo-Rodriguez said about last year.

Goat yoga is quickly gaining popularity. It originated a few years ago on a farm in western Oregon.

According to Adam Munoz, a pre-veterinary major, having a goat yoga workshop provides a valuable educational opportunity for students at Pierce.

“Normally people actually pay a lot of money to do it, but here on campus we do it for free and I think that it’s just a weird, cool thing to do,” Munoz said. “A lot of students here don’t even know that we have a farm and it is public access here, you’re allowed to visit it at any time, and we just love educating people about how we treat our animals humanely and what it’s like to work with them and be around them.”

The 226-acre farm on the west side of campus features horses, cattle, sheep and goats. Students are able to visit the farm during regular campus hours and special farm events. All of the goats at this workshop were born and raised on the Pierce college farm.

Psychology Major Antonio Mendoza explained that interacting with goats and other animals may have psychological benefits such as helping to decrease stress hormones in the body.

“Studies have shown that being around animals raises oxytocin levels, which is your happy hormone,” Mendoza said.

Stephanie Lopez, a veterinary technician major and ASO senator who helped organize the event, decided to join in and try some goat yoga to help relieve the pressure of her course work.

“I stress a lot and sometimes that can cause headaches for me and I just don’t sleep at night,” Lopez said. “This is kinda like a break from my studies, and chores and responsibilities. Most people like to go watch a movie or something and go eat lunch, but I’d rather spend more time with the animals and kind of just get to play with them.”

Check out the photo essay!