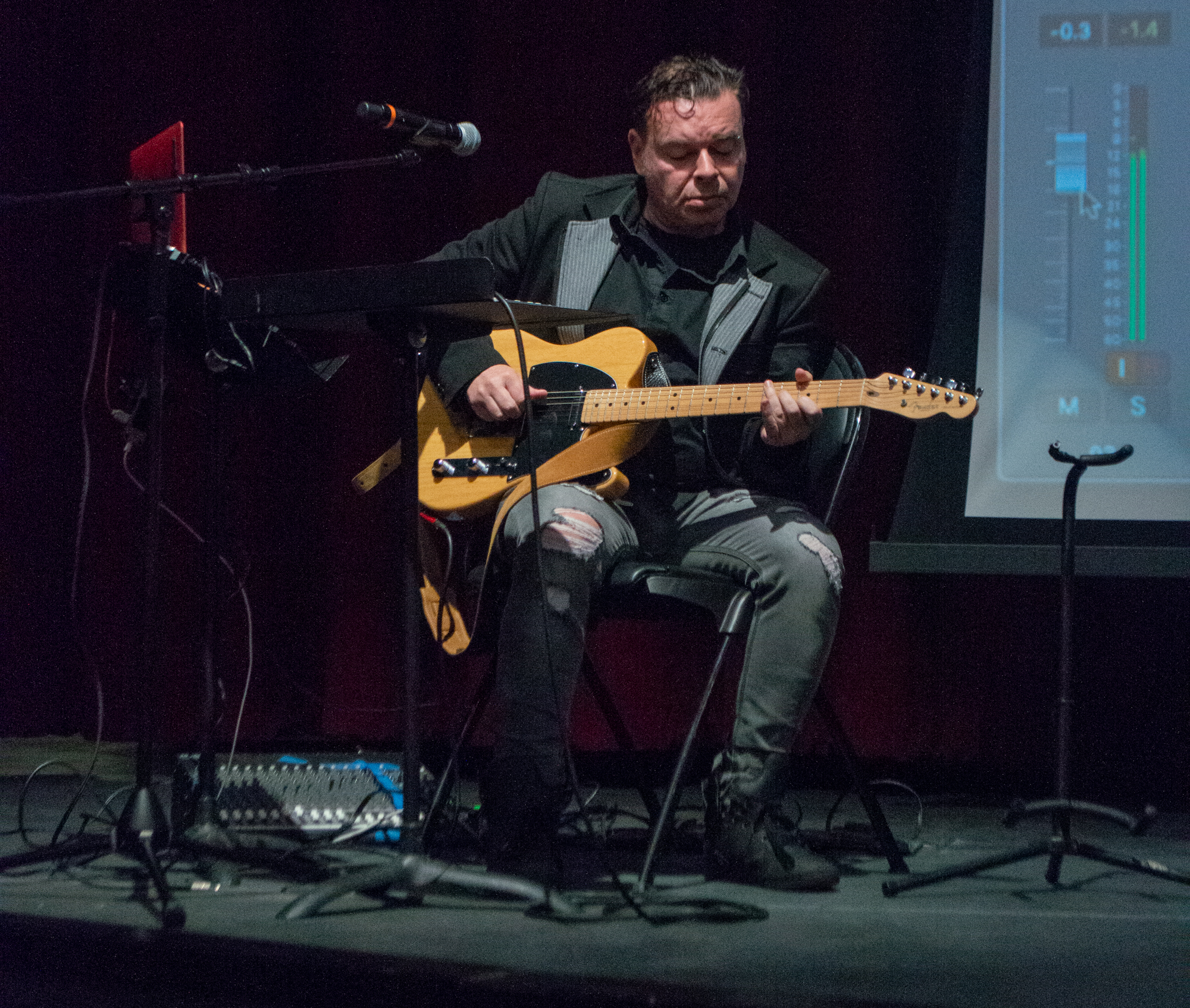 Sello started the concert with a lesson in incorporating live music into a digital production.

“Basically what we’re doing here is using a computer as the main recording instrument, even more so that, not only using it as a recorder but also as an instrument in of itself. We’re using real instruments to synthesize new sounds through sampling,” Sello said.

“The reason why I prefer making music this way is because it’s contemporary,” Sello said. “That’s how you get hired by clients to deliver musical products. It’s important to learn. That’s what we’re doing here.”

Sello is known for his work as a guitarist, music producer and composer with Disney. Hannah Montana, Sanremo Festival Orchestra, Chicanery, Billy Sheehan, Aaron Carter, Vasco Rossi, Amber Lily and Warren Cuccurullo are some of his most notable work.

In his demonstration, he spoke about his musical upbringing in his hometown of Rome as a 16 year-old learning classical violin, as well as watching and hearing his father play guitar.

“What drove me to do this is the wish to see the contemporary music and classical music and musicians and non-musicians to be in the same room and be able to communicate,” Sello said. “In these days I feel there is a bit of a disconnect between the musicians of yesterday and the musicians of today, and the thing I’d like to get across is that this is still music, it’s a language, no matter the instrument or machine or combination of both.”

“The only thing that was available growing up was analog recording, this stuff was very pricey, it wasn’t evolved, but it was still fun,” Sello said. “You’d get into a room with other musicians, and you’d interact and create. It’s absolutely wonderful.”

Sello explained that with the advent of digital production it’s a one-man show.

“Albeit you can interact with other people by exchanging files,” he wanted to push to bridge the gaps of divide that comes with the different walks of life within music and the art of sound by performing the demonstration to a breadth of artists who use sound as their canvas.

Pierce Student Jordan Rice who was quick to get to the front of the stage after to grant his praises to Sello.

“For me this workshop was like, this might be an odd analogy, but it’s like in animes when as a swordsmen you obtain your fire or water abilities, I’d draw the distinction from going from just your normal production to adding live instruments into your music, which just takes it over the top,” Rice said.

Music Professor Garineh Avakian said she wants students to know that previous knowledge in music isn’t required to take the first step in becoming a well-rounded musician or producer.

“It’s innovative and it’s influential. We have more or different qualities of sounds, which means more for instruments that we can play with. It should be accessible,” Avakian said.

The next concert programmed is set to be a faculty recital on Thursday, March 21 in the Performing Arts Building Mainstage.