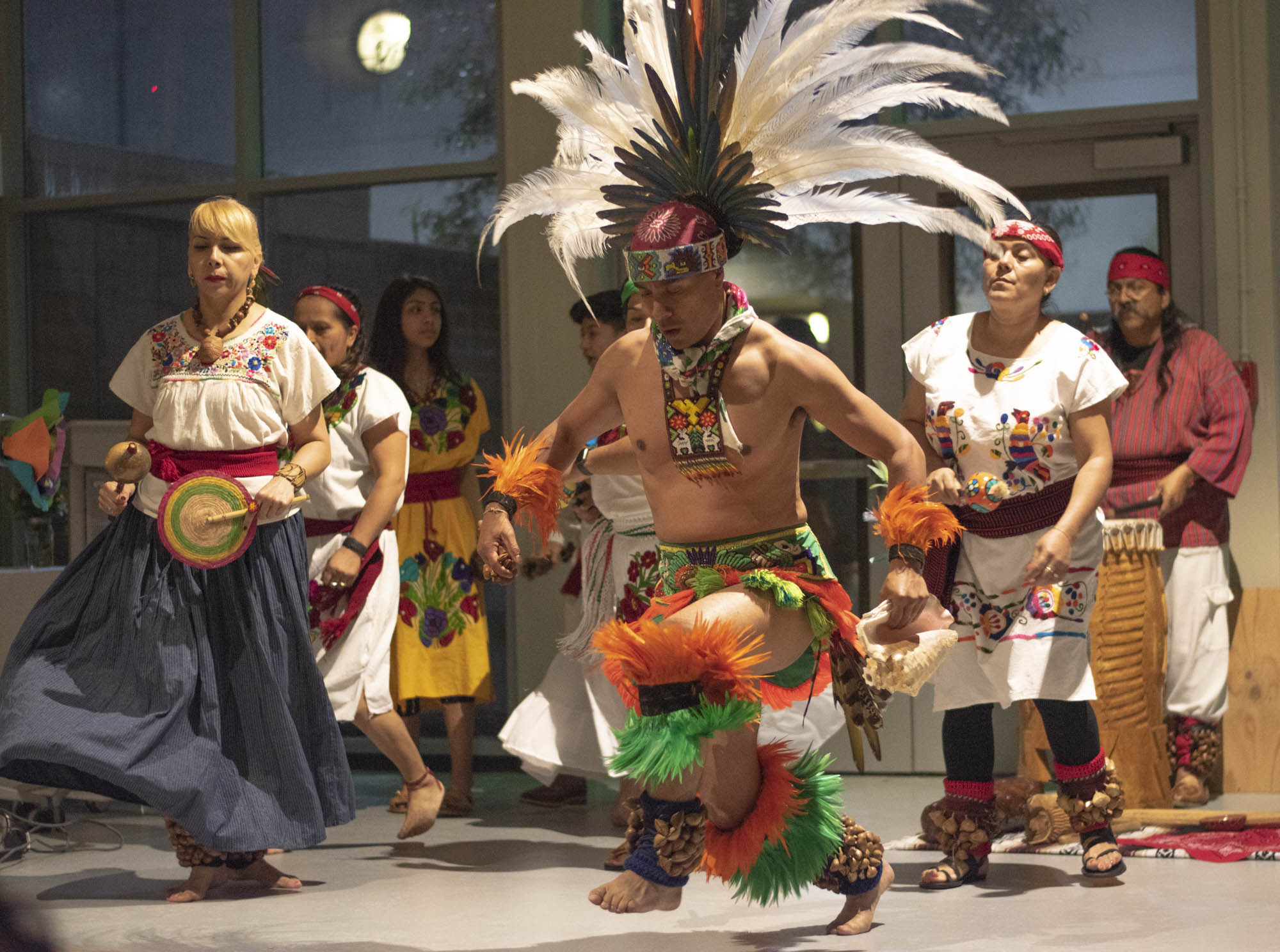 Discovering cultural roots through a means of expression can be transformational. For this club, it is the central basis for diversity and family.

“In Xochitl, In Cuicatl” means “flowery speech,” and the event aims to embrace ancestral traditions and focus on the cultivation of cultural expression and Chicana/o identity.

“In my over 30 years as an educator at the University of California, California State University, and California Community Colleges, and fifteen as a community college CEO, I have witnessed the multiple and tangible benefits of having diverse faculty, administrators, and students of color on campus and the benefits a diverse curriculum, like ethnic and gender studies – both to the institution and, most importantly, to the learning and engagement of students,” Rodriguez said in a email. “As a Chicano Studies undergraduate, I was trained to look at pressing societal issues through multi- and inter-disciplinary lenses- an indispensable tool for my policy and advocacy work as Chancellor.”

The sound from Aztec instruments such as the jarana, tarima and huehuetl drums echoed through Building 600, while feathered dancers in colorful traditional dress danced with rattled chachayotes dangling from their feet. Circulo Ajolote is the group of Aztec dancers that performed.

Dean of Student Engagement Juan Carlos Astorga said Angelita Rovero and MEChA had approached him to propose this type of event. He said everyone was able to benefit from the words of the speakers and spend some time to build a sense of community.

“One of the beautiful things to understand is the historical context, identity and intersectionality of all of our communities coming together,” Astorga said. “Where we blend poetry, music, song and just the imagery of our peoples to get all together in one.”

According to the Pierce College website, “MEChA is the acronym for Movimiento Estudiantil Chicana/o de Aztlan (Chicana/o Student Movement of Aztlan). MEChA is a chartered ASO club and supports and executes the ideals of MEChA Nationwide on campus. As of 2014, there are over 500 MEChA chapters at various high schools, colleges and universities nationwide.”

“This is our culture, so for MEChA, our mission is higher education, cultural diversity and political awareness. But more than anything, it’s love of one’s culture regardless of culture,” Rovero said.

She has been teaching in Chicano studies since 2003 at East La College and has kept MEChA going for four years.

“Within our Chicano community circle, you come across people that do the Aztec dancing, that do the ballet folklorico dancing,” Rovero said. “It’s not mainstream, but within our circles. I’ve known these groups for at least 10 plus years. It’s not like I just run into them. We all go to the same events and promote the same ideas.”

“I think because we are so detailed and we take our time,” Rovero said. “We make sure that we know the history correctly and we honor the deceased correctly or honor the traditions correctly, whether it’s whatever holiday that we’re doing. You can’t get it wrong because when you get something wrong, someone can get offended.”

Rovero said whether it’s writing, music or the arts, gives a discipline that is much needed on college campuses. She said she plans to publish works of art into a booklet called “Nochi Lifo” so that every year there’s a publication for Chicano students.

“I want students to submit their poetry, their readings, but again, focusing on Chicano studies students,” Rovero said. “Not to say that we wouldn’t accept other poetry, but it coincides with what is Aztec, what is Mexican. The struggles that one goes through the identity that people go through, especially now in 2019 when people don’t really like the word Chicano. In my classes, I think they walk out loving it and embracing the word because they’ve never been taught what it is to be Chicano.”

Martha Gonzalez was another special guest who presented her powerpoint of her journey impacting others through songwriting and culture.

Rovero said she met Gonzalez at East Los Angeles College and said her songwriting inspired the invitation for her to guest speak on the cultural arts.

Rovero said she did not know she was Chicana until she got to California State University, Northridge.

“There’s so many students and people in general that don’t love or know where they come from,” Rovero said. “They don’t know their roots. I try to teach my students, no matter where you come from, embrace what you are and don’t ever deny it.”

Rodriguez was asked to think about the importance of ethnic studies.

“When we have this beautiful opportunity to stand with classes and to stand with these important issues, being with students and being recognized by students for me is personal support, and I thank you for that continued honor and respect,” Rodriguez said during his speech.

Gonzalez is a Grammy-winning singer and percussionist with the band Quetzal. She aims to empower Chicana/o communities through her songwriting and presented her talents at the event.

“She started playing La Bamba and everybody collectively started to sing in and to clap and to be in unison with each other. That’s the true essence, that’s where the magic happens,” Astorga said.

Rovero said they fundraise for the awards to show their gratitude for people who have supported MEChA and Chicano Studies as a whole and hope to keep giving back to the community.