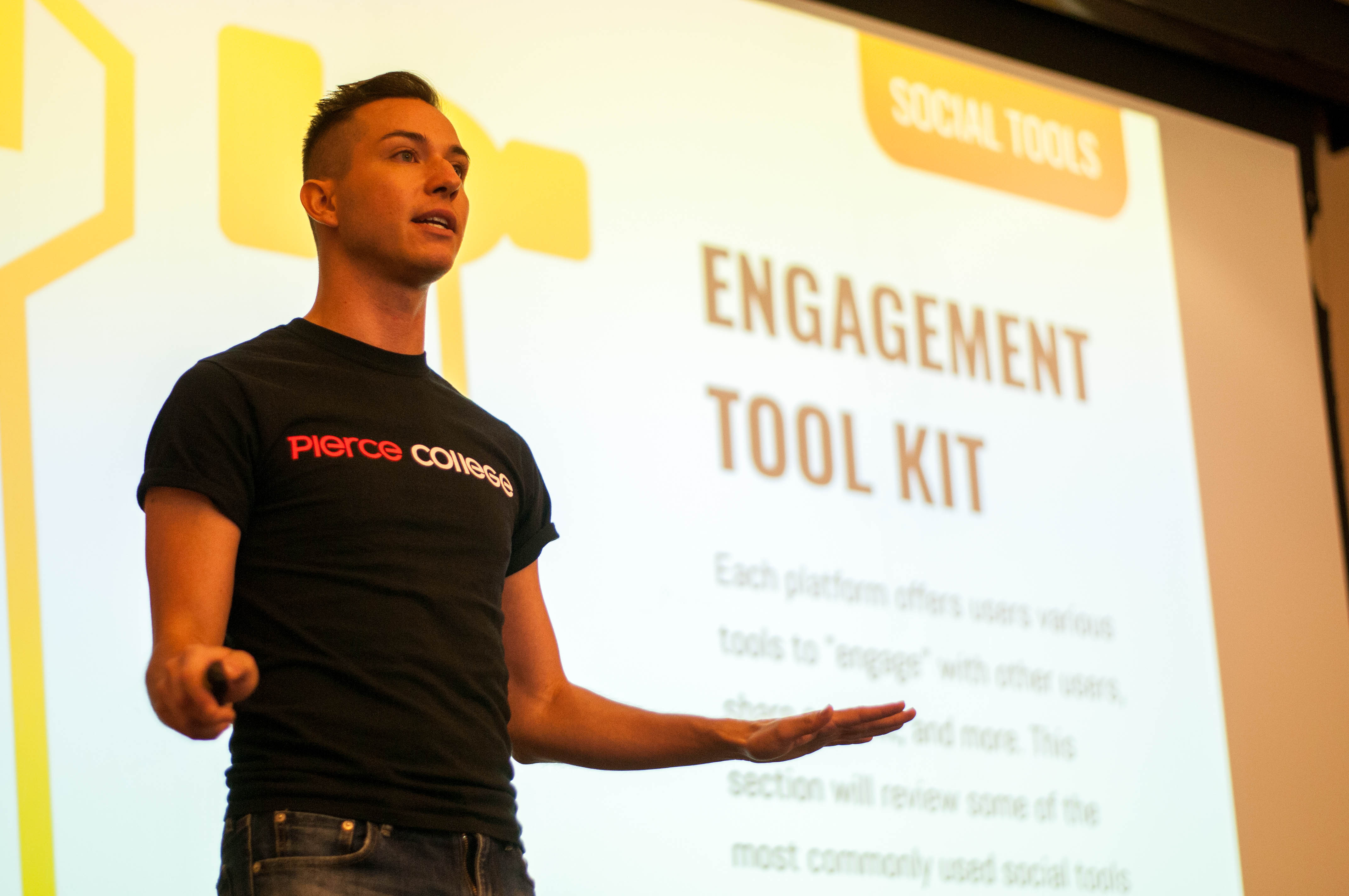 ASO Vice President Dominic Le Fort outlined the key differences between social media platforms and discussed in depth the many ways that social media can be used to market a business or generate an audience.

According to Le Fort, the reason he accepted the publicity committee chair position, was because he saw a need that he could help fill by shifting marketing strategies in ASO from ineffective, outdated tactics to a more modern social media based strategy.

“Over the process of the past few months, I’ve been able to shift away from flyers and posters and posting more on social media because they’ve been able to generate about 2000 followers,” Le Fort said. “We’ve got 19,000 students. There’s so much more room for growth.”

Computer Applications and Office Technologies Professor, Jill Binsley explained that she is eager to share Le Fort’s techniques with faculty to help her department grow.

“I know he was successful with clubs, but from a faculty point of view, it’s attracting students,” Binsley said. “There’s a lot to learn, but I got some ideas.”

One of the main objectives of the workshop was to explore social media navigation.

According to Le Fort, it’s important to start by knowing who your audience is because the audience is going to be the basis for the marketing strategy.

“If your target demographic is a teenage girl, you don’t want to be using content that’s meant for a middle-aged man,” Le Fort said.

Diana Manriquez, a registration assistant explained that she attended the workshop so she can learn more about how to use social media platforms to inform the public about adult education programs offered at Pierce College.

“We have some programs that we offer for free that I don’t think many people know about, and I think we could benefit from this,” Manriquez said “I would like to speak to the people I work with and see if maybe we could get more involved in social media so that we could get more people to our program because our classes are free and they are directed towards a population of people that are basically looking for work.”

According to Manriquez, one of the key things that she learned from the workshop is that social media can be used for outreach to solve greater problems in the college community.

“We could benefit from it by asking students those questions that we’ve been wondering,” Manriquez said. “There are a lot of homeless students out there, for instance, but we don’t know how many. We don’t know how to help them, and what better way than just to directly ask them.”