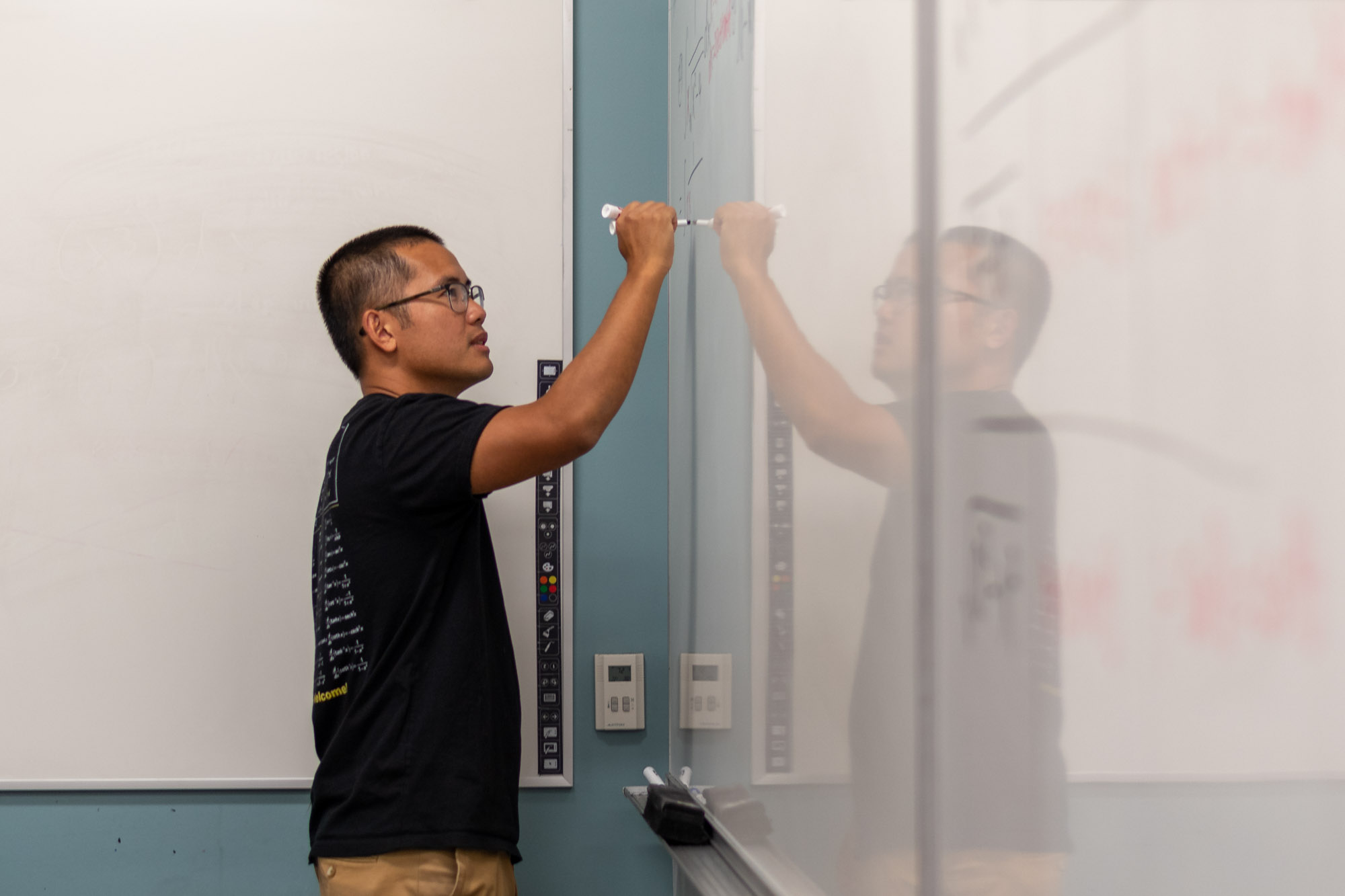 With his most popular video being a 6-hour-long video solving 100 integrals  has over 1.4 million views on Youtube.

Steve Chow takes teaching math to a whole new level inside the classroom, he teaches Accelerated Elementary & Intermediate Algebra and Calculus 2 with 102 students.

But with his Youtube Channel, blackpenredpen, Chow creates and shares videos that help students from all around the world better understand mathematical concepts, and even includes videos that are “just for fun” for math enthusiasts.

“If you want to get that many views you have to be kind of extreme,” Chow said. “Ideally speaking, you should also add some kind of value to it.”

Nowadays, he has hundreds of thousands of views on each video.

“Doing youtube is like a marathon,” Chow said. “It’s not just an overnight success, it takes time.”

In December of 2012, Chow began his Youtube channel with the hope that it would help him get hired. His first videos were filmed from above, showing a piece of paper with math problems, while his black and red pens revealed the solutions, and his voice provided further clarity. However, that eventually changed, along with his purpose.

“The turning point of me making more videos is when I saw a video of a computer science professor who had cancer and was going to die, but his attitude towards life was amazing,” Chow said. “He gave a speech and said ‘I didn’t do this for you guys, I did it for three people.’ And he showed a picture of his kids. That gave me the motivation to do more, and that was the point at which I decided to put myself in the video.”

This shift incentivized him to create more and more videos to help students, and he covered topics that are not generally taught in classes or in textbooks; topics he thought viewers would enjoy.

“If you don’t see my students come to me to ask questions for homework,” Chow said. “Most likely they’re watching my videos.”

Matthew Kim, a computer engineering student, knew about Chow long before taking his class. He has watched many of his videos and was excited when he found out he taught at Pierce.

“I’m actually auditing the class because I wanted to have more experience in Calculus 2 because it’s my weakest subject in the calculus series and because if I have the opportunity to take it with Professor Chow I’m going to take it,” Kim said. “The videos help me not only within the Calculus series but in other mathematical fields as well. And sometimes I just watch them for fun too.”

Chow attributes his popularity to his patience and passion.

“I’m really patient, I think that’s what my viewers and students like about the way I teach. And I have fun when I make videos. In every single video you’ll see me smiling. It’s not that I’m trying to force a smile it’s just that I really enjoy doing the math.”

His channel not only reached students looking for a little extra math help, but also those who enjoy math or are looking for a challenge, and even professors.

Edouard Tchertchian, Chair of the Math Department at Pierce College, said, “I’ve never met someone who loves math as much as he does… I think we need more people like him to show their affection and their interest in mathematics, and to make people aware of why math is beautiful and fun… He’s like a Youtube Rockstar.”

To his students, viewers, and fellow staff, Chow is known as a passionate math professor. In the classroom, he answers any questions students have, even those unrelated to math.

Kim advised, “If anyone has the opportunity to take a class with Steve Chow I would definitely take it.”

Chow tries to use his classroom and Youtube platform to both teach and inspire people, and he also hopes to teach them valuable life lessons along the way.

“Don’t just do the bare minimum, try to put more effort” Chow said. “I like to tell my students that I run marathons because that not only trains my body but my mind, being consistent. Never give up even though you’re tired. You will really understand that when you experience a marathon. At mile 20 you are tired, but the question is, ‘Can you still keep on going?’ And that’s what I ask my students.”