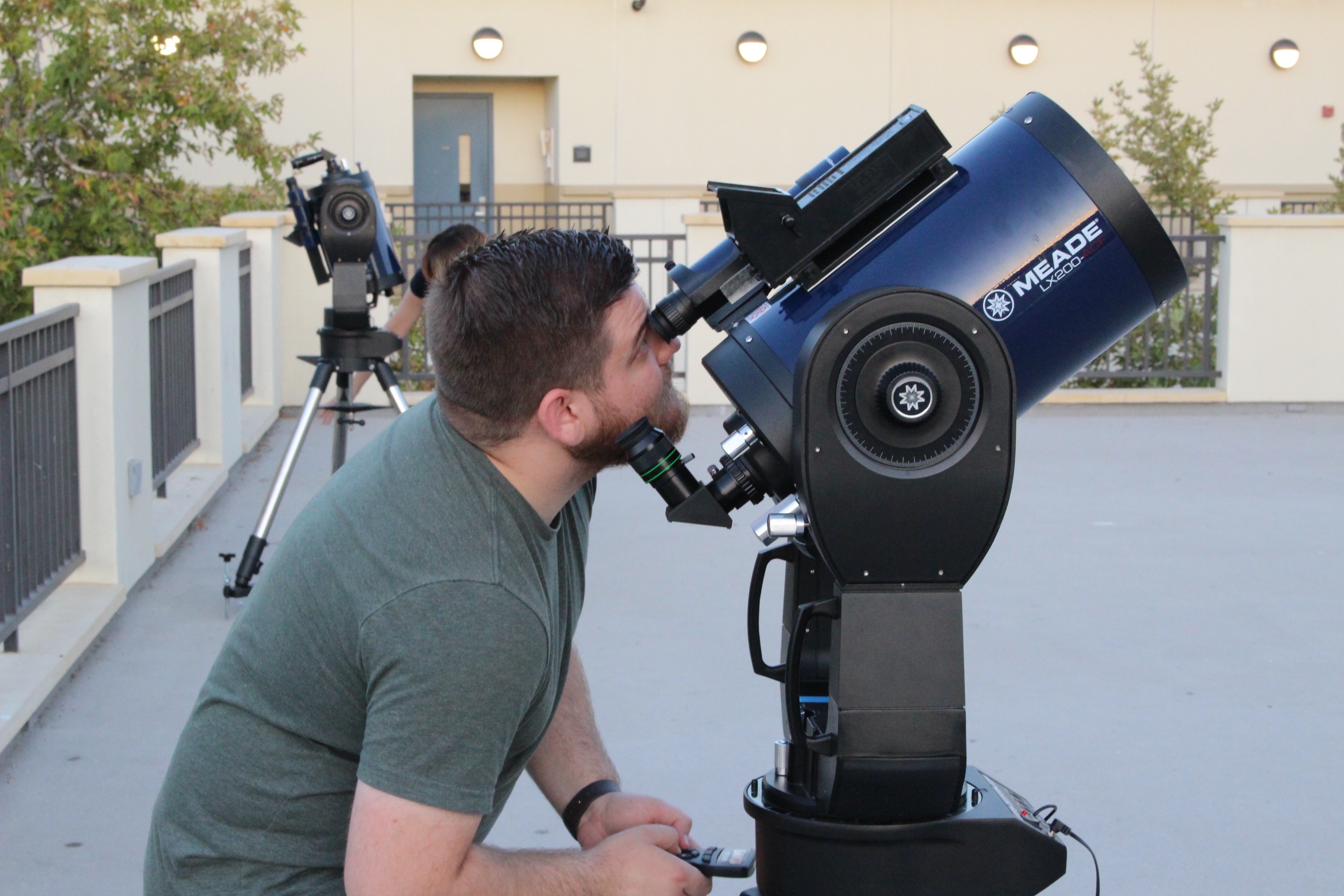 A night under the stars to most people is nothing more than a pretty sight. To the Pierce College Astronomy Department, it is an opportunity to connect with the heavens.

The astronomy department had their first telescope night event of the semester at the Center for Sciences building Thursday.

Two telescopes were set up at the patio area outside the planetarium, giving viewers the opportunity to see the moon, various planets and other celestial bodies including stars and nebulae. Students often have trouble with the real-life application of what they study, but this event was an opportunity for to learn from in-person observation–and to have fun in the process.

Telescope night seemed to bring the sky closer to Earth and to provide people with a direct connection to space, according to professor Dale Fields, host of the event and chairman of the physics department.

“One of the things I really enjoy about this is the fact that this is real,” Fields said. “It looks like it’s almost painted on the end of the telescope. It stops these things from being things and they become places. And that is an extraordinary expansion of what we know and how we relate to the universe.”

Students in the astronomy program could also share their knowledge with other students, which made telescope night a learning experience for everyone, according to Fields.

Marielle Stober, a geophysics major who controlled one of the telescopes, admired the opportunity to be able to see celestial bodies up close.

“It feels like they’re right in your backyard–almost like you can reach out and touch it,” Stober said.

The planets Jupiter and Saturn were visible to the naked eye, and other observable objects could be identified using the mobile application Sky Guide. More stars and other distant figures became through the telescopes as the night progressed.

The telescopes were also programmed to locate specific celestial bodies. With the aid of these advanced opticals, participants could view the details of the moon’s surface.

Jupiter, as well as four of its moons, Saturn’s rings and Neptune could be targeted with this technology. Beyond the Milky Way galaxy, the Andromeda galaxy was faintly visible for students to gaze upon.

Joshua Becker, who manned one of the telescopes, described what could be seen when he pointed the optical instrument toward Jupiter.

“The moon gets all the ‘ooh’s’ and ‘ahh’s,’ Becker said. “You can see Jupiter right next to it! Jupiter is one of the favorite summer spots. You can watch its moons shift positions throughout the night.”

Telescope night serves as an opportunity to learn more about space for those who are not in the astronomy program.

“I always liked looking at stars, but it was nice to know what I’m actually looking at,” Olivar said.

This event was one of two telescope nights the astronomy department will be running this semester in addition to two planetarium events. Family and friends are welcome to attend.