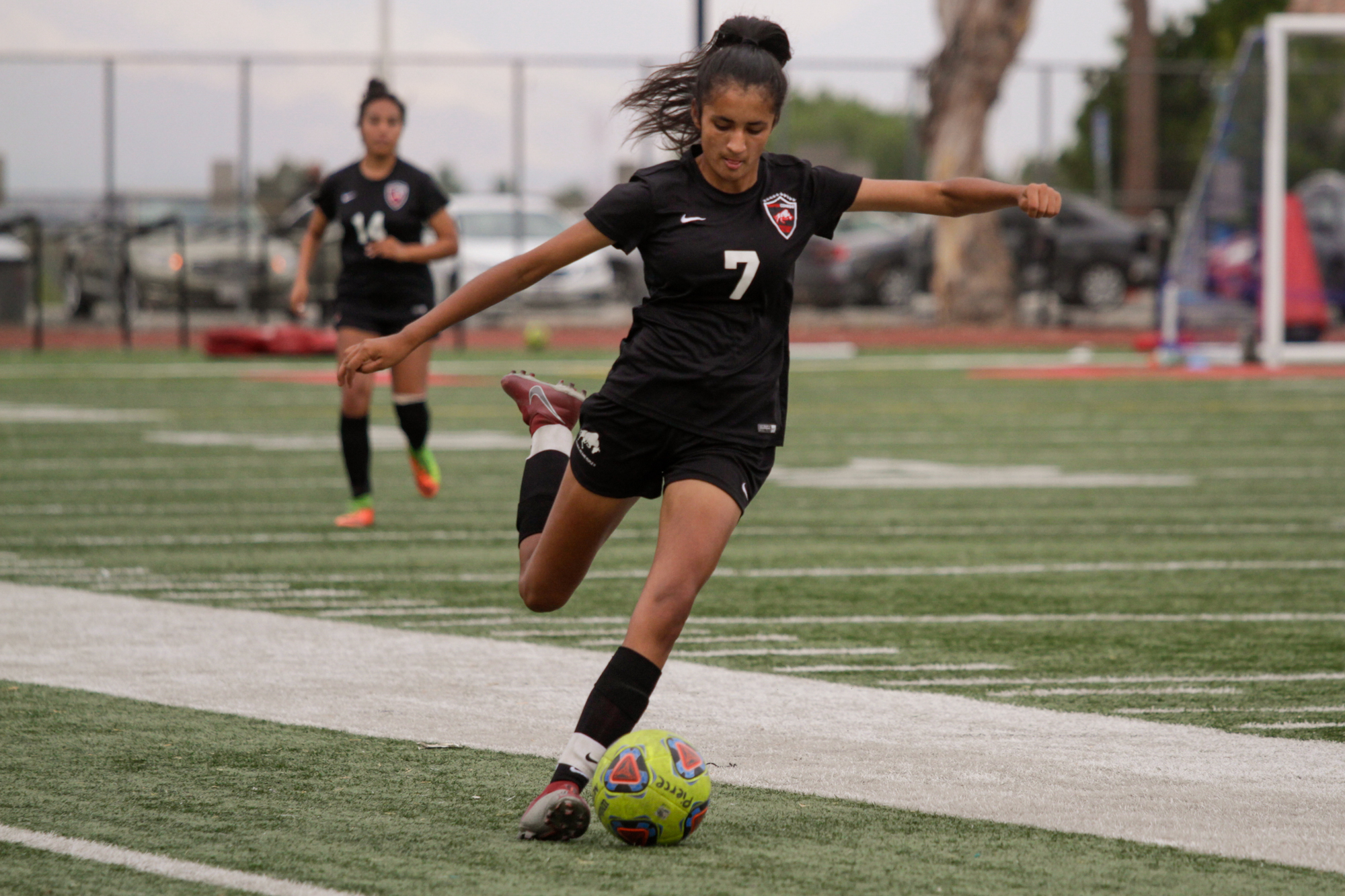 Forced to compete with one player short in the second half, the Brahmas could not mount a comeback as they lost 2-0 to the Monarchs.

Jasmine Gomez of the LA Valley scored late in the first half while her teammate Veronica Rodriguez secured the win in the second half.

After the game, head coach Adolfo Perez reflected on having his first ever losing start throughout his time coaching at Pierce.

“Disappointing, 19 years in the making,” Perez said. “I guess if you stick around long enough it’s bound to happen. It’s just tough. you never want to lose, especially to your next-door neighbor.”

Aside from the final score, Perez spoke about starting goalkeeper, Joanna Cerda, receiving a red card midway through the second half.

“It was unexpected,” he said. “Very disappointed with our goalkeeper, she should know better,” Perez said. “We have to sit down and talk about it, we really don’t know at this moment to be honest with you, we really didn’t expect that to happen and it did.”

The red card resulted in Cerda being ejected from the game and play field and Pierce being forced to run a player short.

With only ten players against the Monarch’s full team, the Brahmas had to adjust their roles accordingly.

Jessica Palmer discussed her move to left wing, as opposed to her usual role as a left side defender.

“I’m used to playing as left so it was not hard for me” Palmer said. “I have to run more to both attack and defend, there was no time to rest. I prefer to play left wing.”

Defender Isabel Diaz also felt the change of dynamic in the game after their team’s red card.

“Since we were a woman down there were many spaces open,” Diaz said. “It was hard to cover but we all had to shift as a unit.”

The role change in goalkeepers also earned its own adjustments.

“We’re so used to the starting goalkeeper, we know how she plays,” Diaz said. “With the backup keeper we have to adjust to her and how she plays.”

As per college sports rules, Cerda is suspended for one game which means Perez will have to start freshman Bailey Swain in their next game.

“She’s got to get ready; I didn’t think that we were going to see her this early,” Perez said.

Looking ahead to their next game and her first as starting goalkeeper, Swain is ready to work.

“I think my coaches prepare me well,” Swain said. “Just amp up the training, coming in before practice and staying later. Going over going over corner kick plays, pks and things like that.”

Next game for Pierce is Friday in their Alumni Game at 6 p.m.